JUDY MURRAY has shared a reunion snap of the stars from the hit TV show Strictly Come Dancing including winner Caroline Flack.

The mother of tennis ace Andy Murray posted the image on Twitter last night showing the celebrities from the 2014 series reuniting in Glasgow last night. 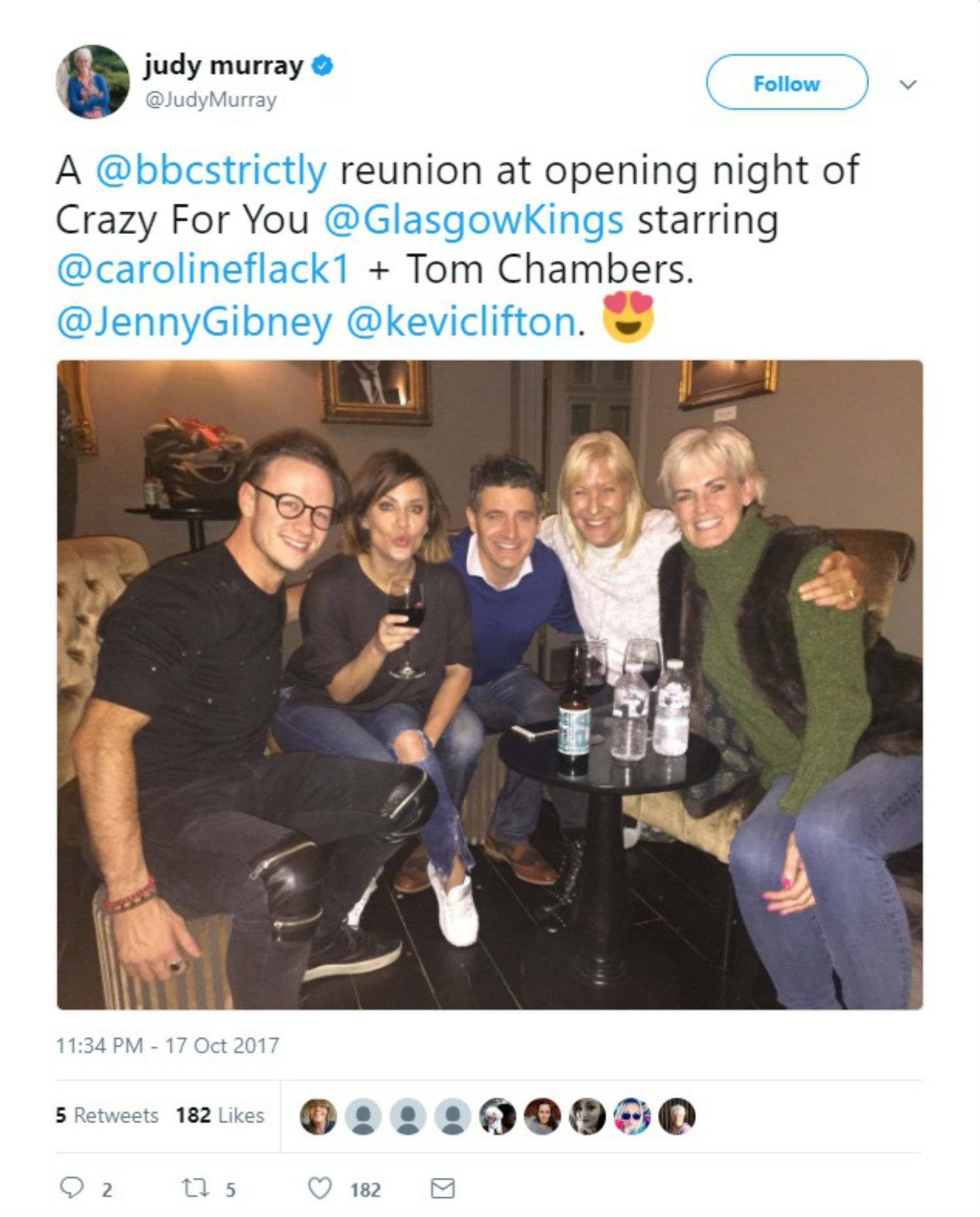 The group were attending the opening night of Crazy For You at King’s Theatre, Glasgow, starring Chambers and Flack.

In the 2014 show Murray, who was partnered with series stalwart Anton Du Beke, was the seventh celebrity to be booted off the show.

The image shows the group of five sitting around a table with glasses of wine, a bottle of beer and a water infront of them.

In this years series Clifton is partnered with Scottish comedian Susan Calman and earlier this week their upcoming Saturday night performance was put under jeopardy after Storm Ophelia cancelled Clifton’s flight to Glasgow.