As Pedro Caixinha loses his job as Rangers manager, here are eight matches that defined his ill-fated seven month reign.

Caixinha’s first taste of the Old Firm fixture ends in a Scottish Cup semi-final defeat. Callum McGregor and Scott Sinclair are on target for the Hoops at Hampden.

Just six days after the cup defeat, Caixinha presides over a record home loss to their bitter rivals at Ibrox as Brendan Rodgers’ side run amok. Kenny Miller grabs a late consolation. 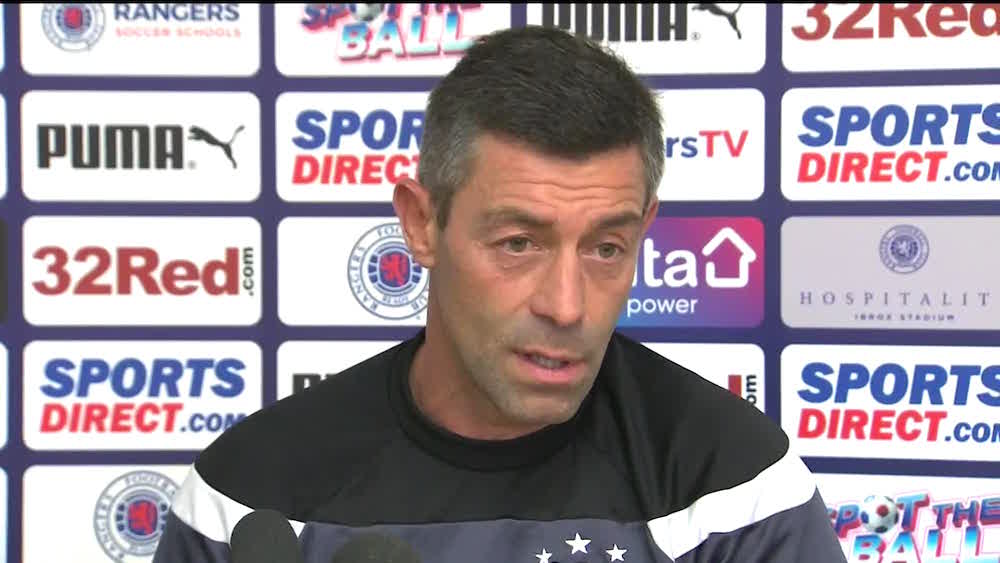 Aberdeen confirm a second place finish in the Premiership with their first win at Ibrox in 26 years. Before the game, Dons manager Derek McInnes said: “They should probably be embarrassed that they’ve not finished second. I think he (Caixinha) likes to do a lot of talking.”

Rangers suffer one of their worst ever results after going down to the Luxembourg minnows in a humiliating Europa League qualifying defeat that sent them tumbling out of Europe 2-1 on aggregate.

The Govan club’s disappointing start to the season continues after being defeated by former Celtic boss Neil Lennon’s Hibs in their opening home league match. Ryan Jack is sent off for a clash with Anthony Stokes but later wins an appeal.

Celtic stroll to another Old Firm victory, Tom Rogic and Leigh Griffiths on target as Caixinha’s suffer’s his third straight loss in this fixture.

Just when things looked to be on the up following two convincing league wins over Hamilton and St Johnstone, Rangers are brought crashing back down to earth in a 2-0 Betfred Cup semi-final defeat. Caixhina is sent to the stand following a heated row with Well boss Stephen Robinson. Defender Bruno Alves is also sent off for kicking out at Louis Moult.

The straw that broke the camel’s back. The hugely frustrating home draw with top-flight strugglers Kilmarnock prompts the board to finally sack the 46-year-old. Former Rangers player Chris Burke scores a 95th minute equaliser to cancel out Jason Holt’s opener. The draw leaves Rangers in fourth place, eight points behind leaders Celtic.