Adelle Clark posted pictures of the toys for sale but one image, added by mistake, showed two men chopping up white powder on DVD cases.

Adelle, from Dunfermline, Fife, explained today (fri) that the rogue picture was taken by someone else and she had screengrabbed it from Snapchat.

She quickly deleted the post on the Facebay Fife group but not before it had been shared on Twitter with the caption: “Hahaha heavy f***** it.” 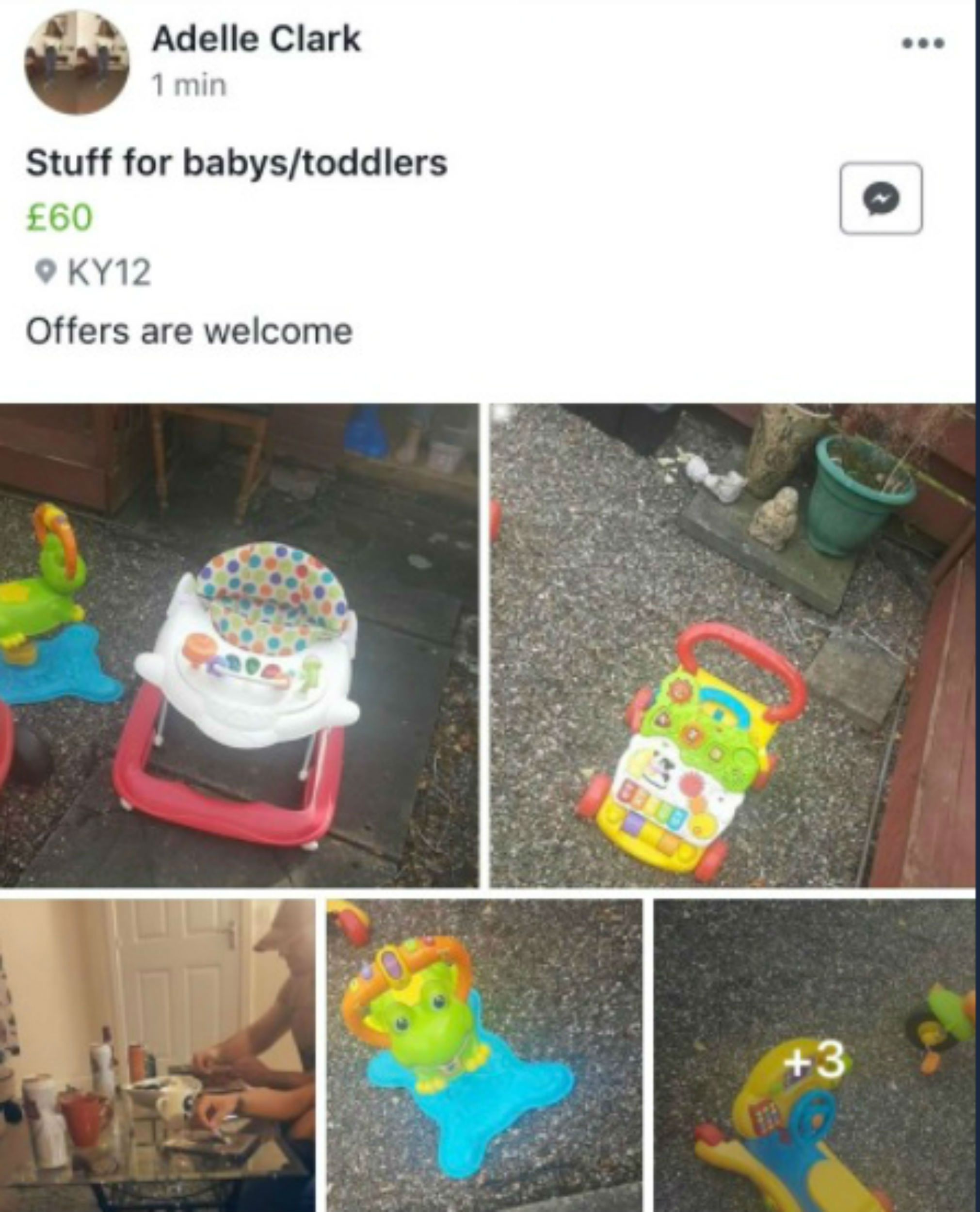 A mortified Adelle, who describes herself on Facebook as a care assistant with Fife Council, explained: “It’s from someone else’s Snapchat story which I screenshotted.

“And it’s just been a mistake, I accidentally posted it with the other photos.
“It’s not my photo, I don’t want people to think it is.”

A friend of Adelle, who did not wish to be named, said: “I’ve spoken to the people in the photo and it’s crushed up Pro Plus and caffeine tablets. You can’t say it’s drugs from a photo. They would happily do a drugs test to prove it’s not drugs.”

Adelle’s original post was entitled ‘stuff for babies/toddlers’ and included eight photos in total, showing a high chair, a stroller, a toy car and other items.

But another pictures shows two males sitting at a coffee table with two cans of lager and using a bank card to chop up powder. It is captioned: “Chop baby choppppp.” 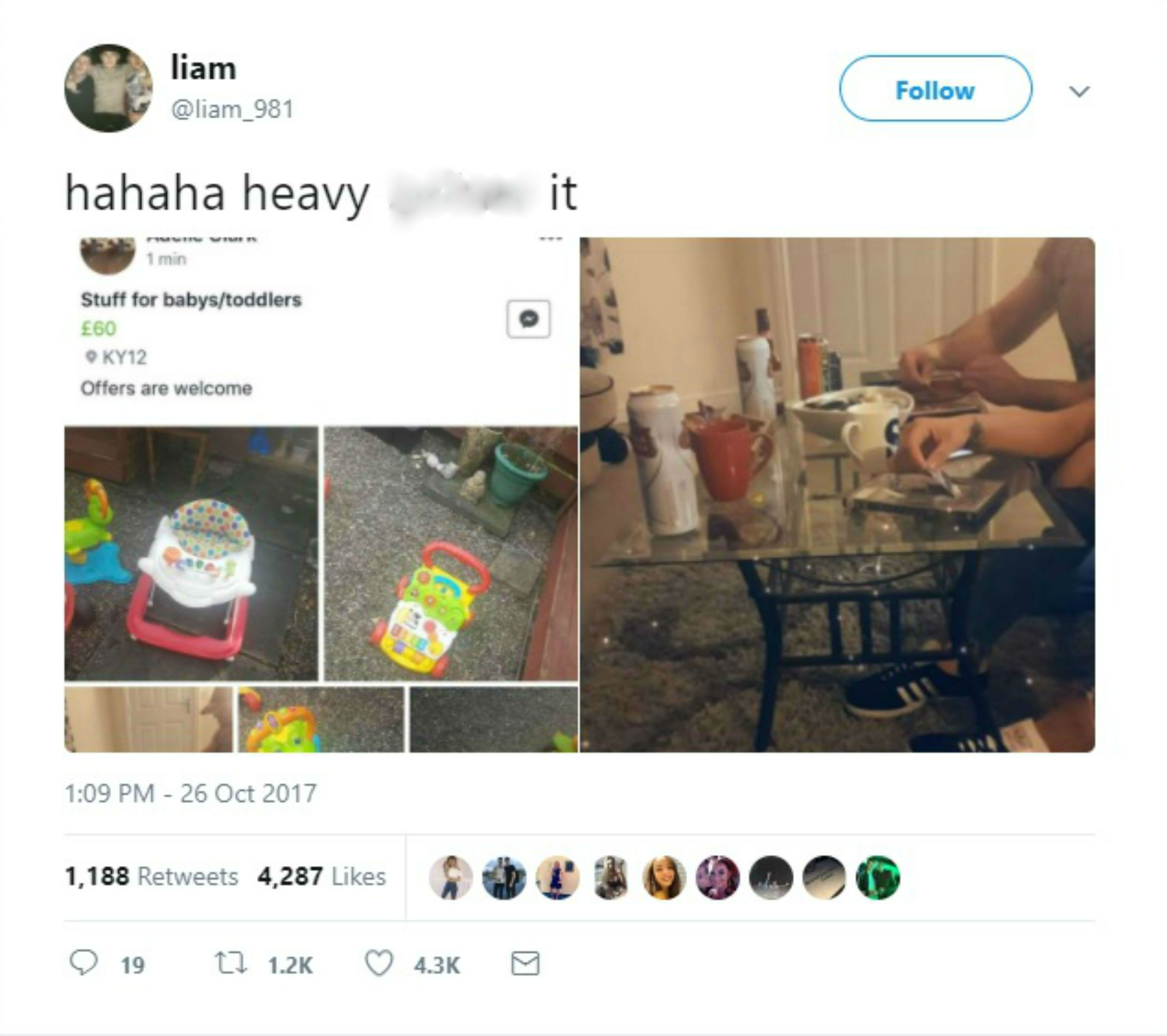 One viewer said: “This is the best thing I’ve seen in a long time.”

Liam cruelly joked: “Incredible mate, wonder if anyone bought their wain a gram.” 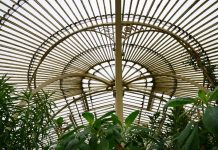