WAITROSE are urgently investigating a driver who was filmed laughing on his mobile while driving through roadworks and half-blinded by the sun.

The footage shows the driver having an animated and lengthy conversation while driving on the A90 south of Aberdeen at about 3pm on Saturday.

The low sun means his visor is down, obstructing much of his view. Despite the danger, he bursts into laughter several times during the conversation.

The person who filmed the footage, who did not wish to be named, said: “Our roads are becoming a dangerous place with drivers concentrating more on their phones than the road ahead.

“I would have expected a driver of a liveried vehicle who relies on driving as profession to have more respect towards the safety of other road users.”

The footage, obtained by road safety campaign website SWD Media, is filmed from the back of a car and appears to show the van very close at several points. The road also appears to be very busy.

RAC spokesman Simon Williams said: “RAC research shows the illegal use of handheld mobile phones at the wheel is still rife despite penalties for the offence being doubled so as shocking as this case is, it is sadly just one of thousands.

“The more that can be done to stamp out this behaviour and make it as socially unacceptable as drink-driving the better. Every driver who does this should stop to think how they’d feel if they were to cause an accident which resulted in someone losing their life or suffering life-changing injuries. 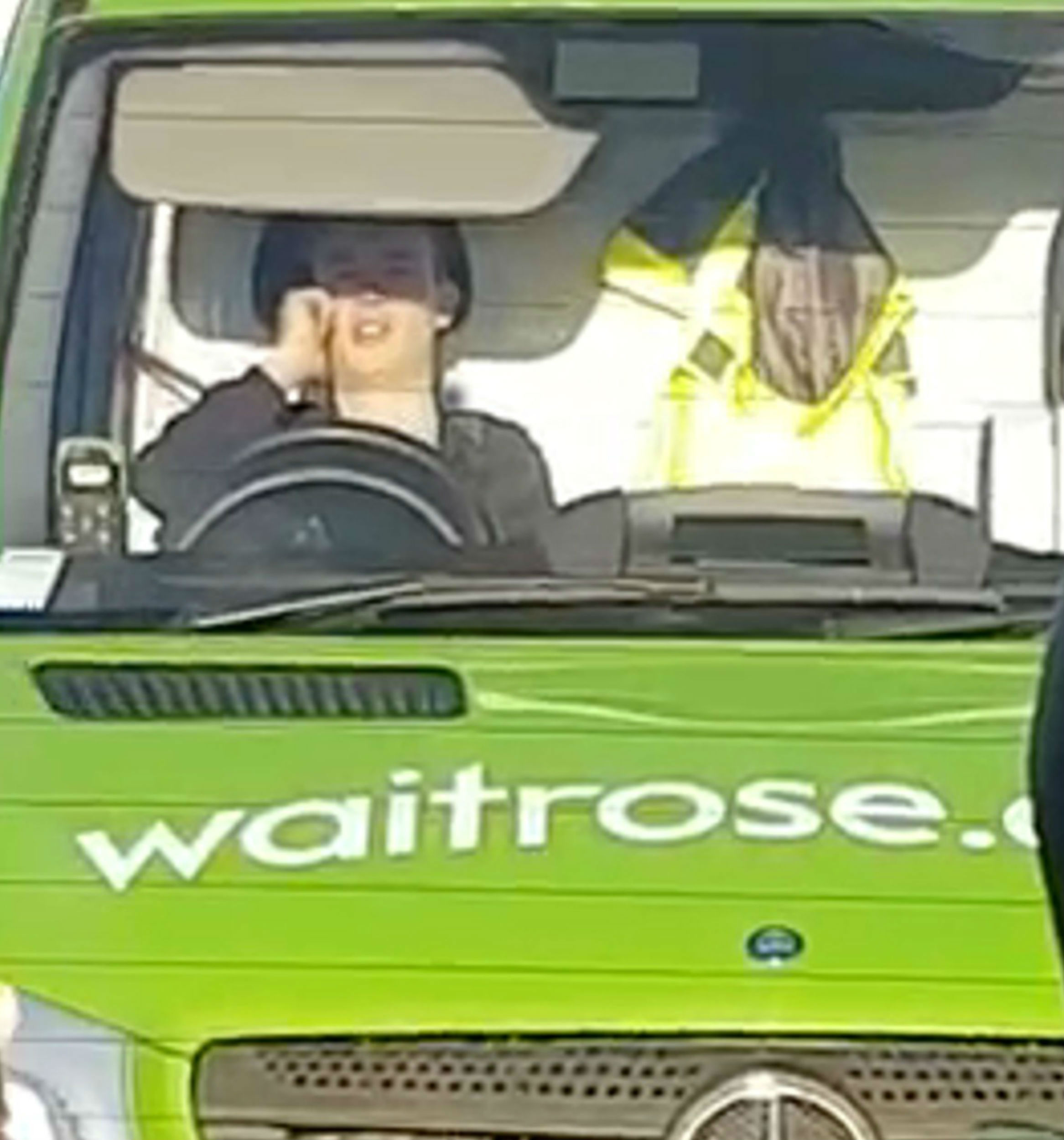 “We are urging every responsible driver to make a public pledge not to use their handheld phone while driving at www.BePhoneSmart.uk.”

Neil Greig, Policy & Research Director, IAM RoadSmart, said they “would expect a high profile employer such as Waitrose to have strict policies in place against hand held mobile phone use”.

He added: “This is a clear breach of the law and Waitrose should investigate the driver in question to the fullest possible extent of their driving for work rules.

“These days no company can afford to ignore illegal driving in their branded vehicles.” 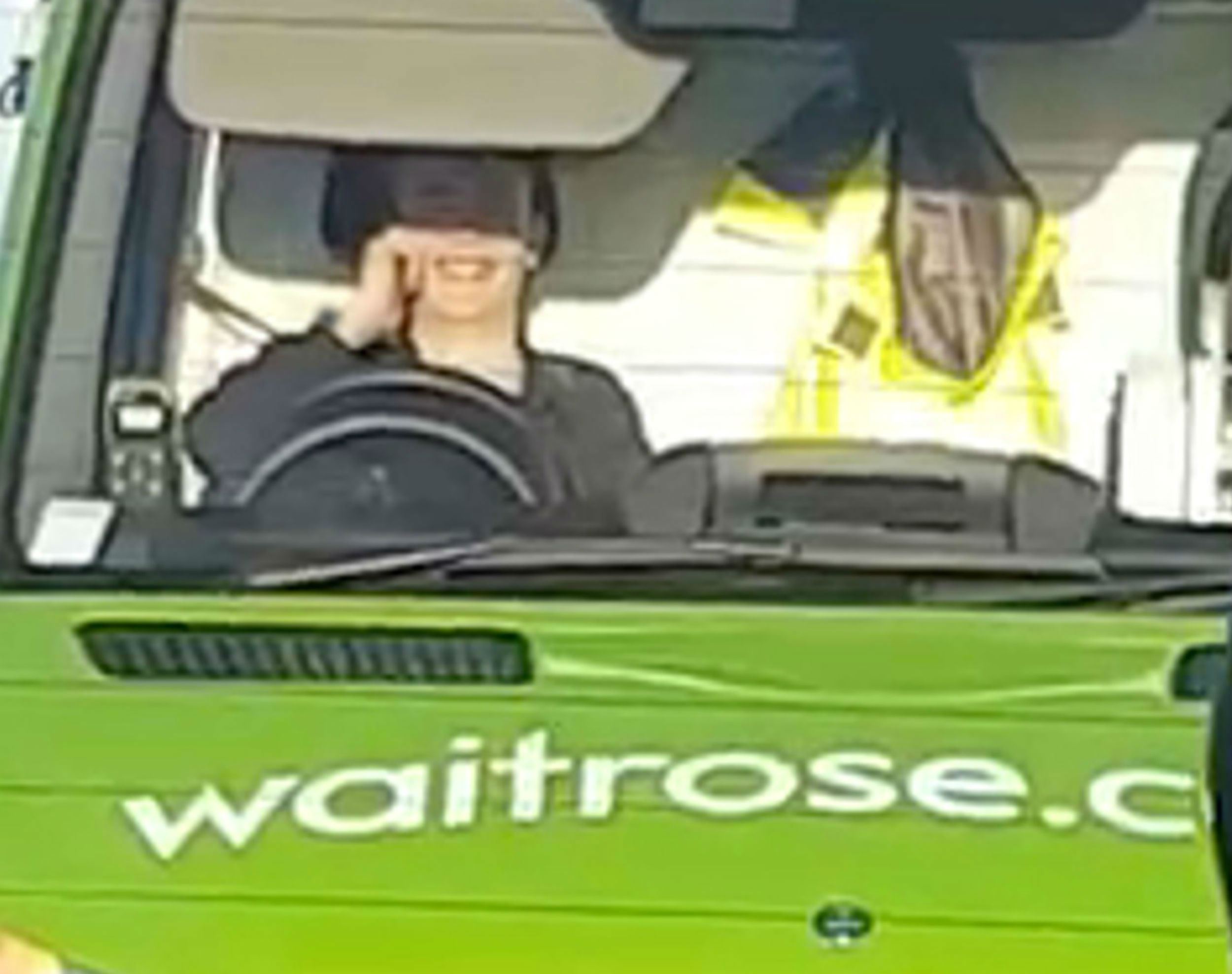 A spokesman for SWD Media said: ““For a professional driver to be using his mobile phone while driving, must mean he does not value his job or his licence as much as most do.

“If you value your licence as much as you should, then if your mobile phone rings, pull over when safe and legal to do so.

“It is not worth risking 6 points on your licence, £200 fine and the ultimate price – your job.”

A spokeswoman for Waitrose said: “We insist that our delivery partners drive safely and considerately. We are investigating this as a matter of urgency and will take appropriate action.” 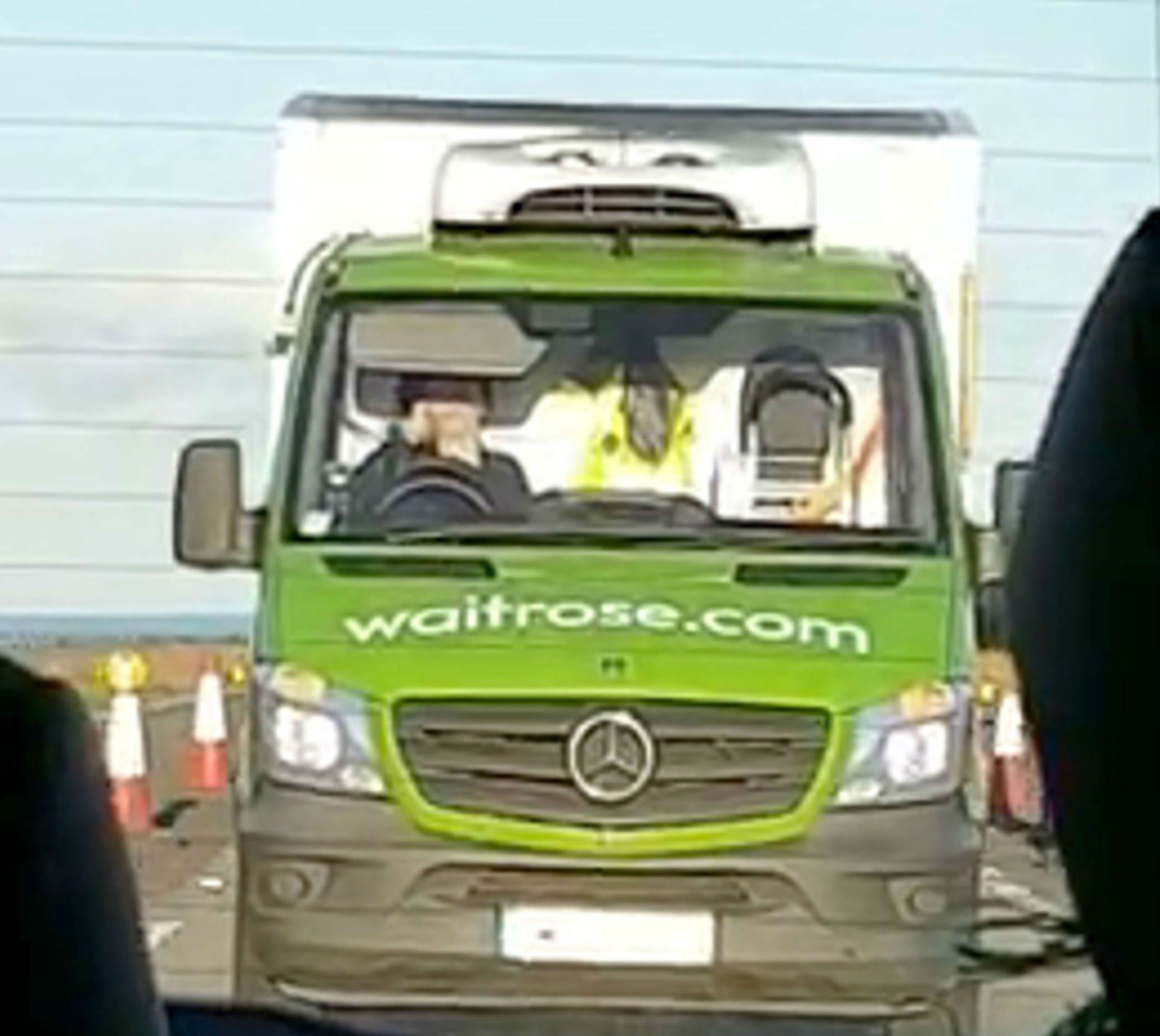 Mobile phone driving laws were introduced in December 2003, and since 2007 the penalty has been three points on your licence and a £100 fine.

In March this year the penalty was doubled to six points and a £200 fine.

In 2014 it was reported that the drivers texting, tweeting and taking calls was the biggest cause of fatalities on the road.

An AA poll of 18,000 members found 38 per cent had been distracted by other people, radios, phones and sat-navs in the past 12 months. Of the nearly 7,000 who admitted losing concentration, 548 reported a near-miss and 106 had crashed.

The Department for Transport said that of 88 deaths caused by distractions in 2012, 17 were due to mobile use – a higher death rate than other in-car causes.

Lorry driver Tomasz Kroker was last year jailed for ten years after killing four family members – Tracy Houghton, 45, her sons, Ethan, 13, Josh, 11, and stepdaughter, Aimee, 11 – after ploughing into their car while changing music on his phone.