Glennifer Braes Country Park currently listed on the website as the second best thing to do in Paisley.

However, a recent reviewer gave the picturesque location five-stars – for all the wrong reasons. 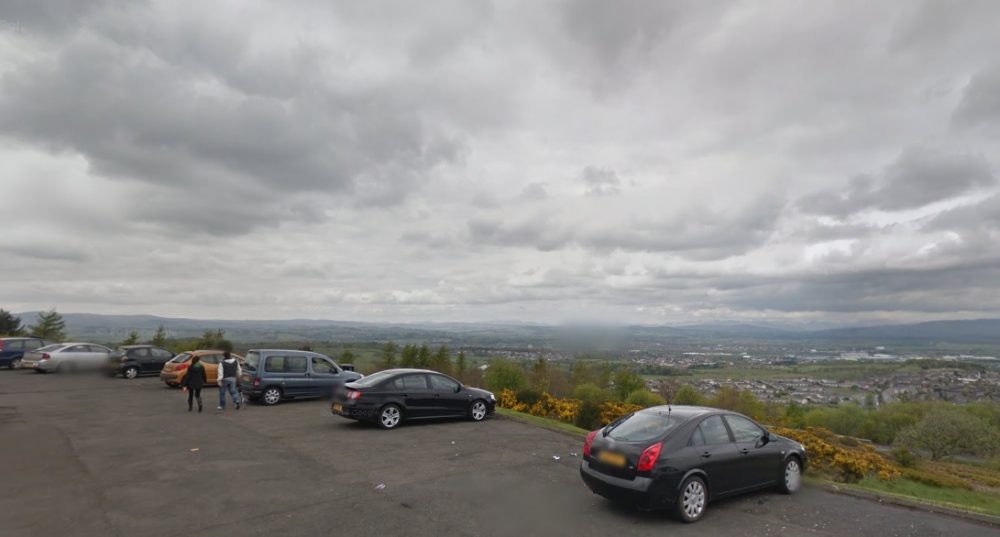 He wrote: “Easy to find and hard to forget.

“There is always some wee dirty getting pumped.

“Just take a ride on the swings and watch the show.”

Reddit user Sevo1977 uploaded a screenshot of the hilarious review to the social media site, which he discovered while looking for a good walking trail.

He added that he would probably be skipping the trail, because: “I hope it’s a joke review but I’m not one for folk looking in your car windows.” 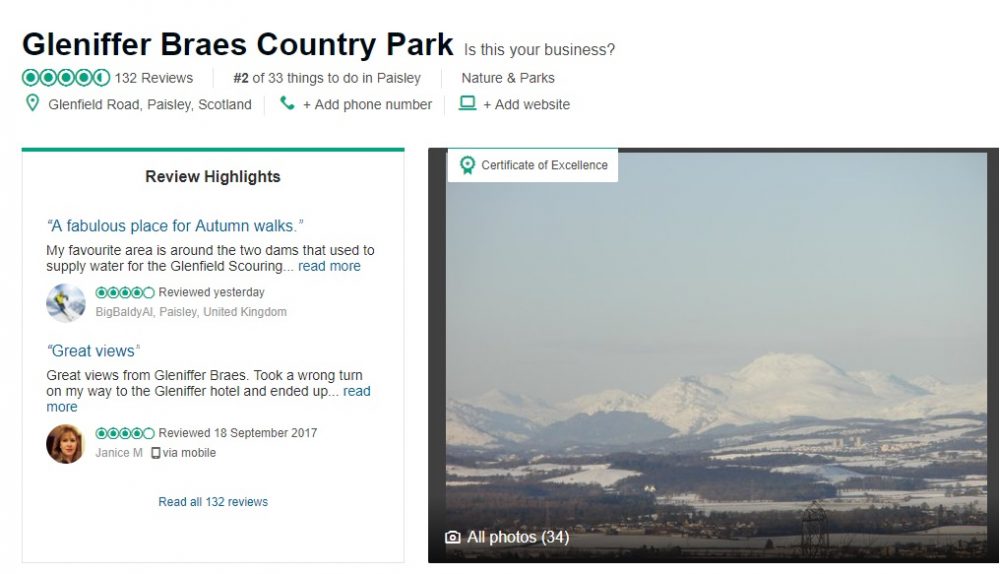 Reddit users jumped on the post, with many identifying the spot immediately as the notorious “Car Park in the Sky” – so-called because of the views – at Glennifer Braes.

Munro Baggins said: “I love taking my dug a walk up the braes, just got to make sure you’re not still up there after dark.”

While Wrongly Pronounced joked: “There are some great views up there….also some not so great views.”

The beauty spot’s car parks were mentioned as being “frequented” by couples at night.

In 2015, a pensioner was placed on the Sex Offenders Register for performing a sex act on himself in front of two police officers.

Murdo McKenzie, who was 65 at the time, walked up to the windows of an unmarked police car while performing a sex act near to Gleniffer Braes.