A CAT is lucky to be alive after running away from fireworks – and into the wolves’ enclosure of a zoo.

The black and white moggy climbed a tree and leapt the electric fence at the arctic wolf enclosure at Five Sisters Zoo, West Calder, West Lothian.

Startled keepers noticed both their female wolves circling a tree inside the enclosure and spotted the frightened feline hiding in the branches.

Staff managed to move the wolves into a separate area of the enclosure and then coaxed the cat to safety. 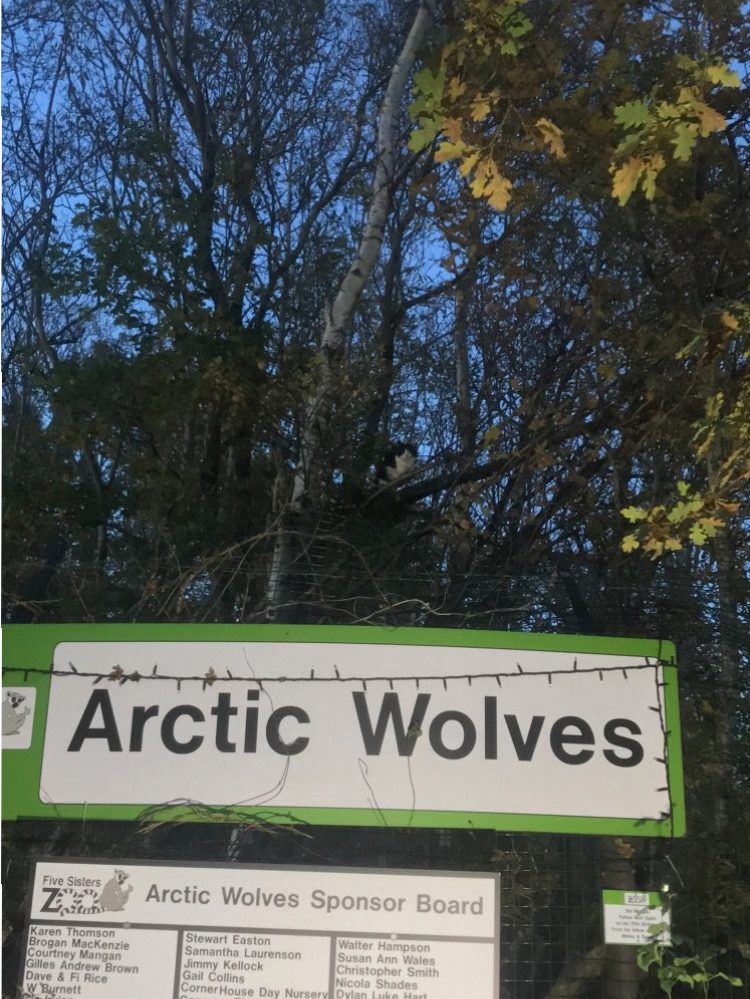 The identity of the cat may never be known as it immediately dashed out of the zoo and hasn’t been seen since.

Five Sisters shared the image on their Facebook page today writing: “Last Sunday we had an unexpected visitor in the wolf enclosure!

“If you look closely at the photo, there is a black and white cat in one of the trees.”

They added: “With all the fireworks going off locally over the weekend it may have taken fright.”

The wolves, Luna and Aria, have been at the zoo since 2014 after arriving from Sosto Zoo in Hungary after being bullied out of their pack. 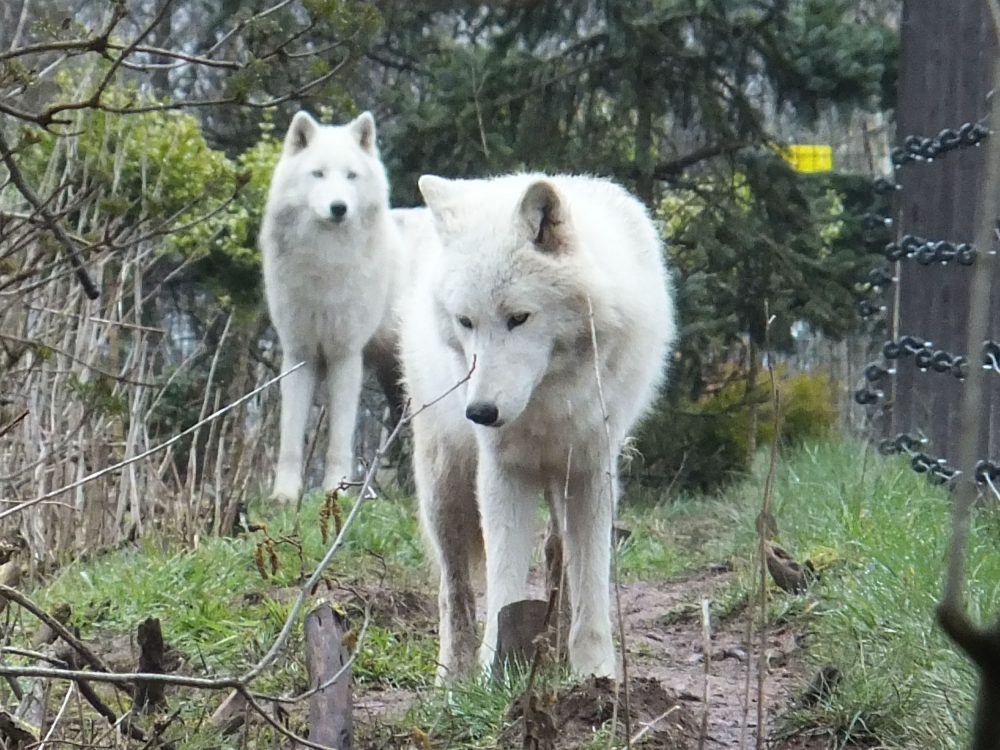 Keepers lured Luna and Aria away from the terrified cat with meat.

The two-acre enclosure is in two sections and once the wolves were tempted into the other area keepers temporarily locked them in.

At this point it was possible for the cat to make a dash for safety without danger of getting caught.

Speaking today Lesley Coupar, Head of Marketing & Visitor Services at the zoo, said: “The wolves were very excited about this tree so after further inspection we noticed a little black and white cat up there.

“The arctic wolves enclosure is split into two area so we managed to shut them in one side while we tried to coax the cat out. It finally ran out and was safe and unharmed.” 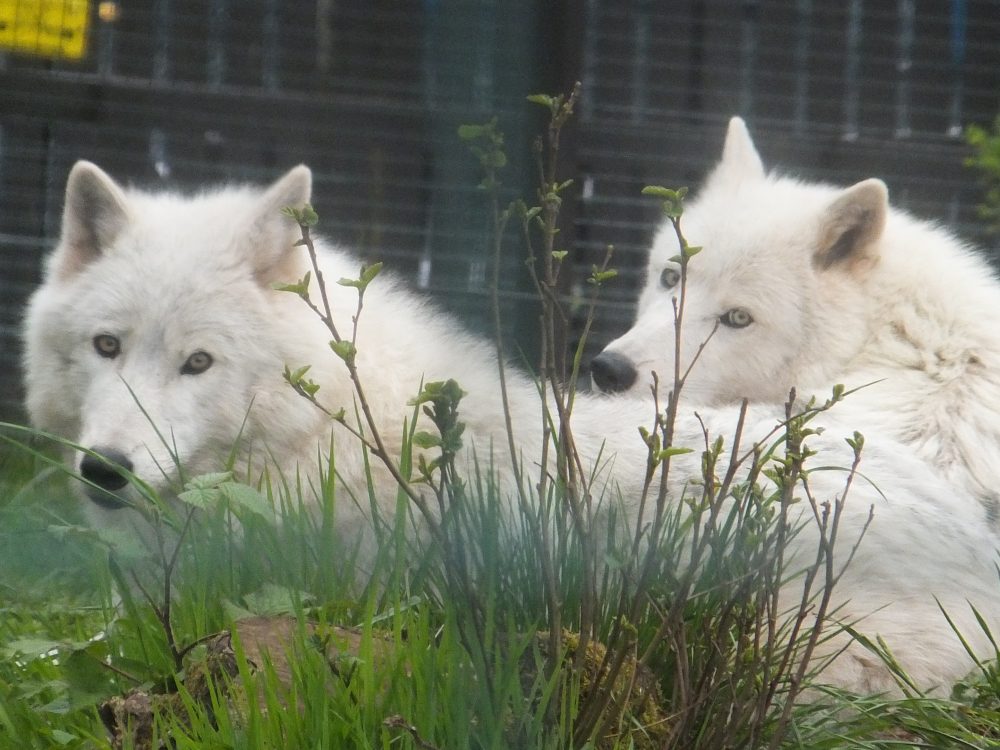 She added: “There’s an electric fence around the enclosure and this is the first time that’s happened so we think it’s came in from houses nearby, ran through the playpark and up a tree there and then jumped across to that tree in the enclosure.

“It was on Sunday too and there had been fireworks over the weekend so we think it maybe got a fright and ran into the zoo. Talk about jumping into the frying pan and into the fire!”

The post prompted dozens of messages from shocked followers saying how lucky the feline was not to be mauled.

Helen Forbes wrote: “Bet the wolves would have mauled the poor cat given a chance.”
Jackie Hancock said: “OMG, out of the frying pan and into the fire comes to mind. Glad it was rescued safely.”