Esther purchased the coronation chicken sandwich as part of a meal deal for £3 from the chain’s Shakespeare Street Express store in Nottingham yesterday (WED).

Esther, speaking today (THU), said: “As a student, sometimes you buy things and you just rush out, and this was exactly what I did yesterday to get back to lectures. I always investigate my food and I gagged when I saw it. I was confused, and felt sick, and I lost my temper.” 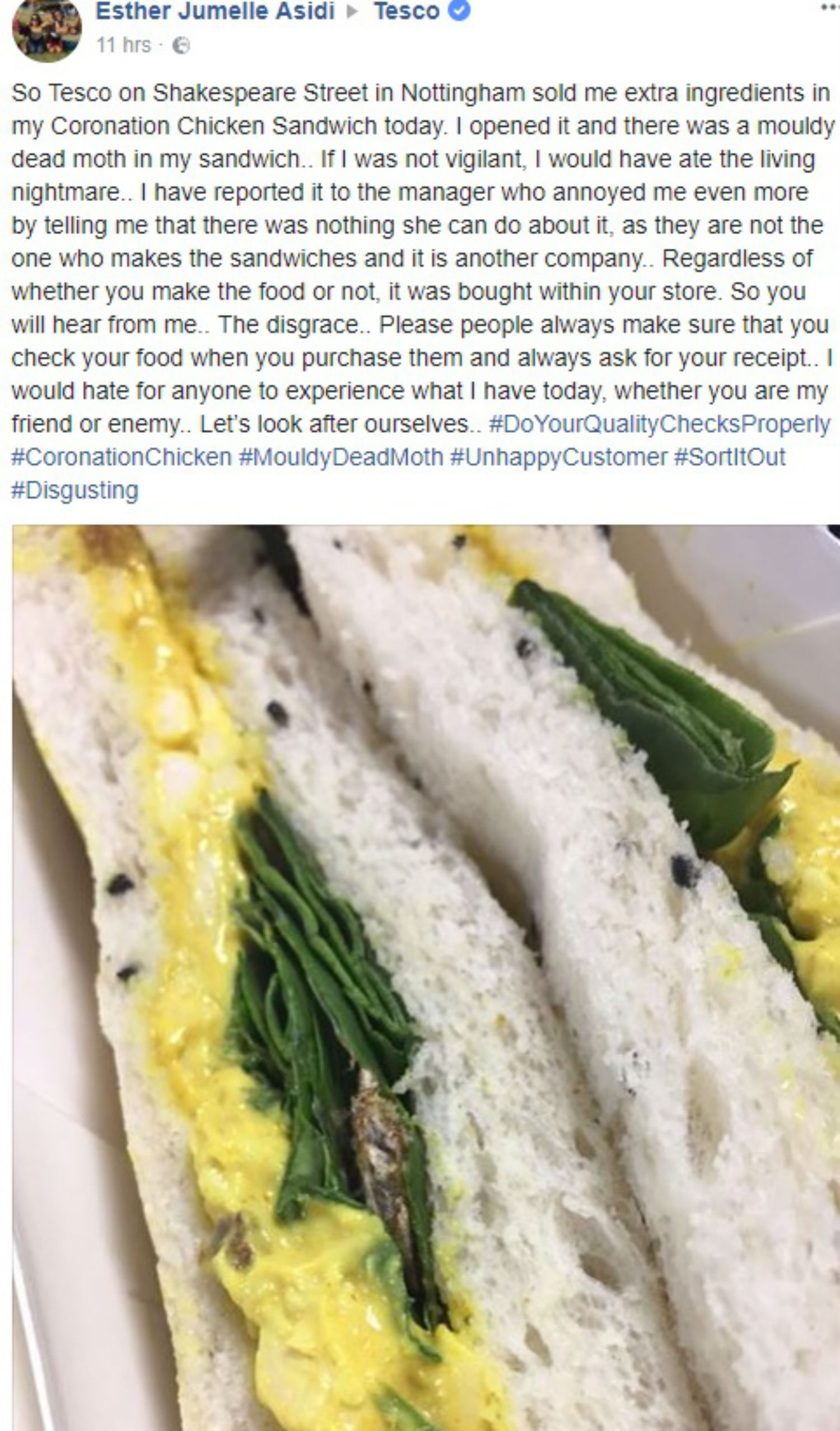