A SCOT has gone viral with a hilarious fitness video parody in which he promises viewers “abs like his” if they do “rowing the boat, snake hips and back to the dancing days”.

Robert Welsh filmed his unique fitness routine from the comfort of his own home in Easterhouse, Glasgow last weekend.

The barrel- shaped 33-year-old is shown wearing just a pair of Calvin Klein boxer shorts, which he rolls up at the sides, as he “exercises” to a dance remix of Paramore’s 2013 hit, Still Into You.

He begins the workout video, saying: “Hello ladies and gentlemen, I’m Rab Welsh and I’m going to show you how to get abs like this in six days.

“First of all start with a nice easy warm up then we go into a kick, what we wanna do is we don’t wanna stress too much so it’s nice and easy sometimes you just gotta take yourself back, take yourself back to the dancing days”

Rab then begins doing a slow jog on the spot as his hands grasp the air before attempting some effortless kicks.

After rubbing his chest he then wriggles forward before energetically thrusting his groin into the camera three times. 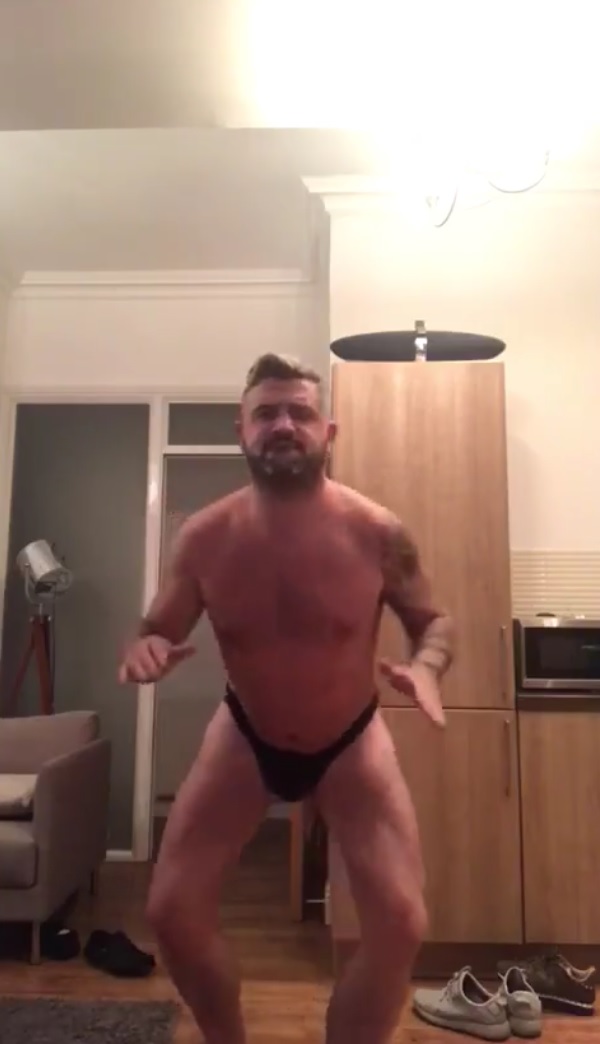 He then moves back from the camera and points towards his slightly rotund stomach saying: “Well what your training to be is this, this physicality. Then we go into a fist pump.

Referring to a popular Glasgow nightclub, he says: “Just take yourself back to the Savoy, you just got to work the abs.”

Rab takes his viewers off guard by throwing in a cheeky push up out of nowhere, shouting “Bet you never seen that coming did you no?”

Throughout the rest of the clip he can be heard saying: “ It’s all about snake hips, snake hips, ten seconds of snake hips. 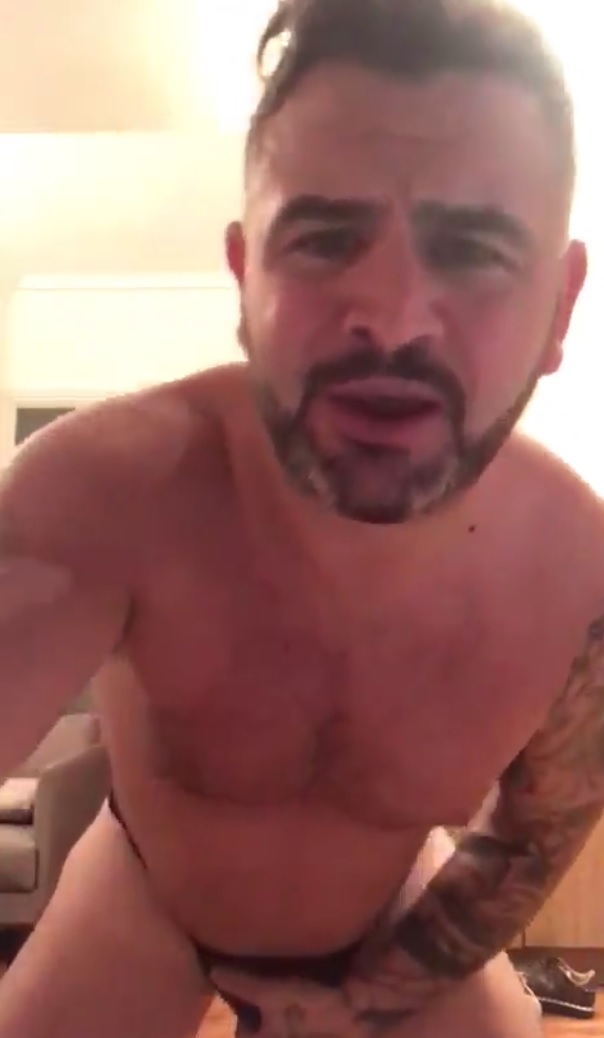 Scott posted the clip on Facebook writing: “That’s what u wake up to at this time on a sat morning. Big Rabs abs.

The video has since been viewed over 123,000 times and attracted thousands of comments.

Sara Henderson wrote: “Big Rab wae the Abs…where have you been all my life? He’s out of breath!”

Karen O’Neil said: “Ha ha I want to go his class on a Saturday morning then oot for a swally to the Savoy.”

Emma Murray wrote: “He is my inspiration.”

And Tracey Millar wrote: “Brilliant. Made my morning.”

However, some viewers weren’t as impressed with Marie Rodwell writing: “What a plonker. Too many pies.”