Falkirk defender Jordan McGhee insists the Bairns are ready to start climbing the Championship table because new manager Paul Hartley has ensured they have the legs to compete for the full 90 minutes.

Former Dundee manager Hartley is hoping to to clinch his first win at the sixth attempt when his side travel to Dundee Untied tomorrow afternoon.

But centre-half McGhee insists the players are now feeling the benefit of the changes introduced by Hartley, who replaced Peter Houston last month, behind the scenes. 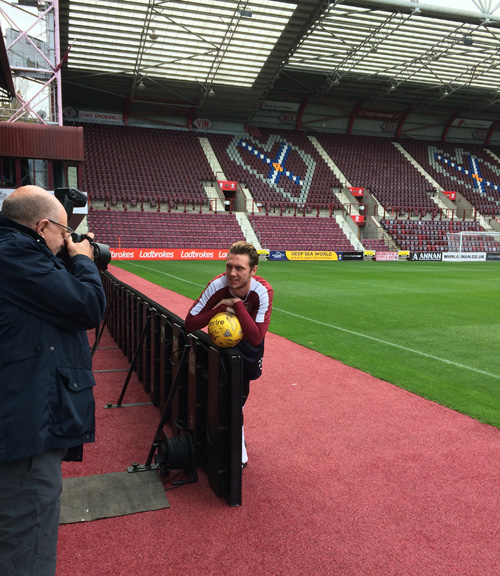 McGhee, who joined from the club from Hearts in August, said: “You notice the differences in training.

“It’s more high tempo and more intensity. The boys’ fitness levels are getting up to peak where they should be.

“I think you can see that. Towards the end of games we used to be sitting in and dying off but now we’re pushing on, trying to get late goals.

“That can help when you’re fitter than teams.

“I was in good condition when I came in, I did a good pre-season with Hearts and played a lot of games in the Betfred Cup.

“Tam Ritchie (fitness coach) has been working with us closely, it’s all agility and hard running sessions sometimes. It’s great for the boys but it’s what we needed.

“We all trust the gaffer. We’ve not had the best of starts to the season but we shouldn’t be in this position.”

Hartley is actively looking for a striker to try and resolve his team’s goal scoring problems after drawing a blank for the third time in five games in last weekend’s Irn Bru Cup 1-0 defeat at Inverness.

But McGhee insists the performances have been encouraging.

He added: “I thought we created enough chances against Inverness.

“We were solid enough but we gave away a cheap goal and we didn’t take our chances.

“We need to get the ball rolling, the performances have been there and the boys are buying in to what the manager’s trying to do.”