A VEGAN who complained about a Sainsbury’s Christmas leaflet featuring a turkey has had the stuffing knocked out of him online.

Gregory Ellison received a Christmas nectar card statement from the supermarket which showed a full cooked turkey on the front and the question: “Gregory, what’s your favourite bit of Christmas?”

Gregory took to the company’s Facebook page to point out that his favourite part wasn’t having “dead animals shoved in his face”.

But Gregory has suffered a brutal backlash from social media users who mocked him and claimed he was over-reacting.

One user dubbed him a “miserable c***” and another mocked up a leaflet with two tomatoes and a cucumber in place of the turkey.

Gregory Ellison posted a picture of the leaflet yesterday (NOV 16) with the caption: “Hi Sainsburys, unfortunately I am rather unimpressed by your most recent Nectar card statement. What is my favourite bit of Christmas? As a vegan it’s probably not having dead animals shoved in my face.

“As a supermarket that collects data on its customers, I would expect a more personalised and more appropriate image. I am sure myself, and many other vegans, would expect more from your company.

“I hope you can pass this feedback to your marketing team so you can avoid alienating part of your customer base in the future.”

Facebook page Otterly Ridiculous Complaints photoshopped a phallic looking tomatoes and cucumber combination over the Turkey and wrote: “Hi human, fixed it for you.”

Ian McColville said: “In terms of being a miserable c***, going vegan is like turning your amp up to eleven.”

Kirk Orchard added: “When you haven’t met your ‘tell people you’re vegan quota’ for the day, so you have to fake offense to a generic pamphlet sent to all their customers.”

Ben Harris commented: “How do you cope when you see meat in magazines, on TV, in shops, in restaurants etc? It’s a picture, look at the brussel sprouts and get on with your life.”

While Kirsty Light joked: “I’d like to complain about the sprout. Whilst others may detest it, I actually prefer the sprout to the turkey and it’s only given a small side spot.

“Who only has one? I probably have about ten, and sometimes seconds. Poor lonely old sprout.”

But Aimée Cook was among those who backed Gregory, posting a picture of a piglet and writing: “Meet your meat. This is what you pay for daily. Big pat on the back for supporting this abuse. Errrrr but bacon though” 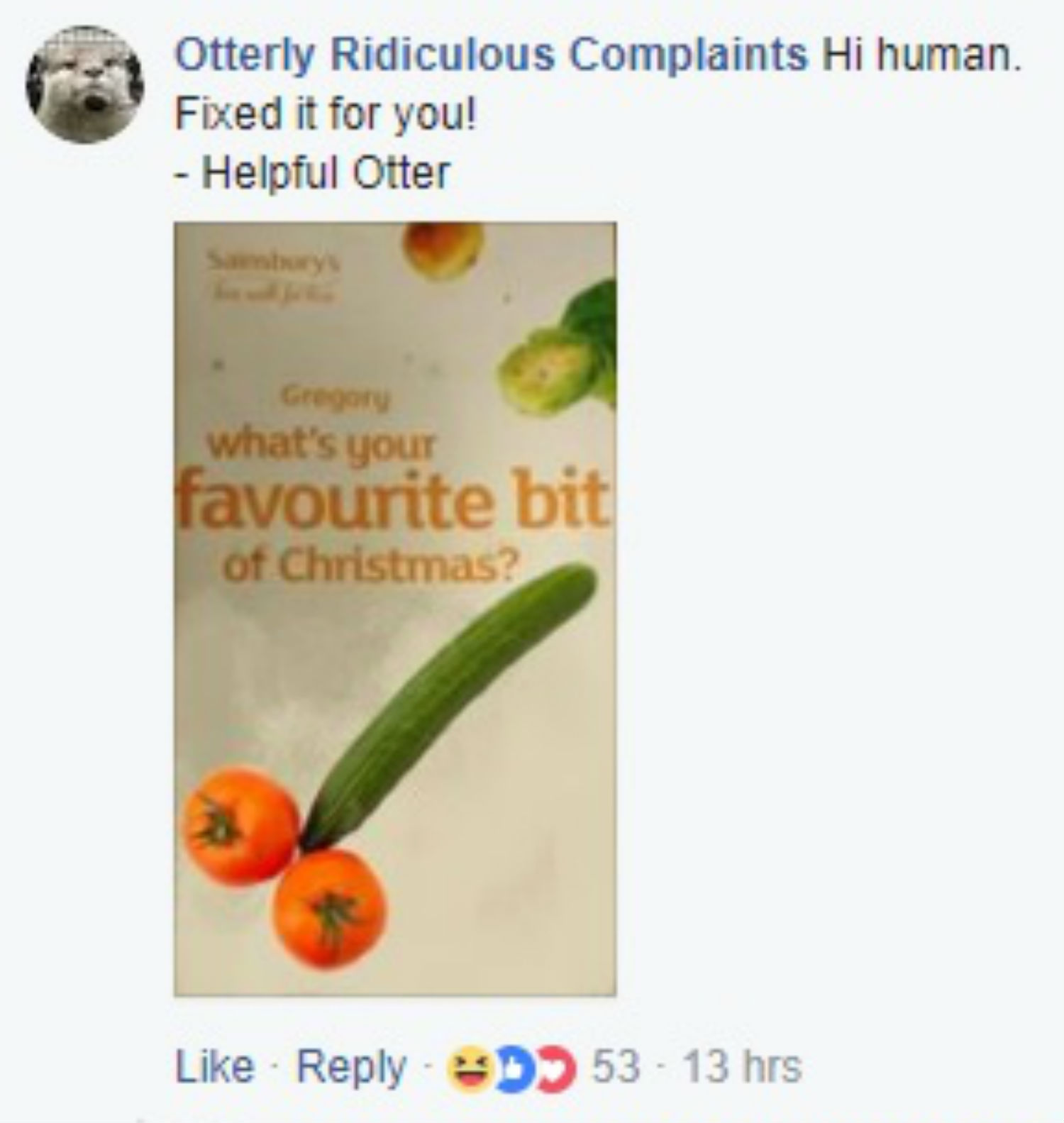 “Most of us accept that we live in a non-vegan world and are thus sometimes exposed to images we’d rather not see, but it may be upsetting to some people.

“Christmas is a particularly joyful and festive period of the year, which would perhaps explain why Gregory was upset to see animal suffering being used to promote the Christmas message.”

A Sainsbury’s spokeswoman said: “We’ve thanked Gregory for his feedback and apologised for any offence our festive flyer may have caused, because this was most certainly not our intention.”

You can also build an awesome vegan body by following this Vegan Liftz link.