AMAZING footage shows a police dog’s eye view as it tracks down an escaped “criminal” during a training exercise.

Two police pooches, PD Bono and PD Juno, were fitted with cameras as they played hide and seek yesterday (tues).

They can be heard panting as they run through fields and woods searching for their handlers.

The first clip captured PD Bono running through a woodland area panting as he carries out his search in the heavy rain. 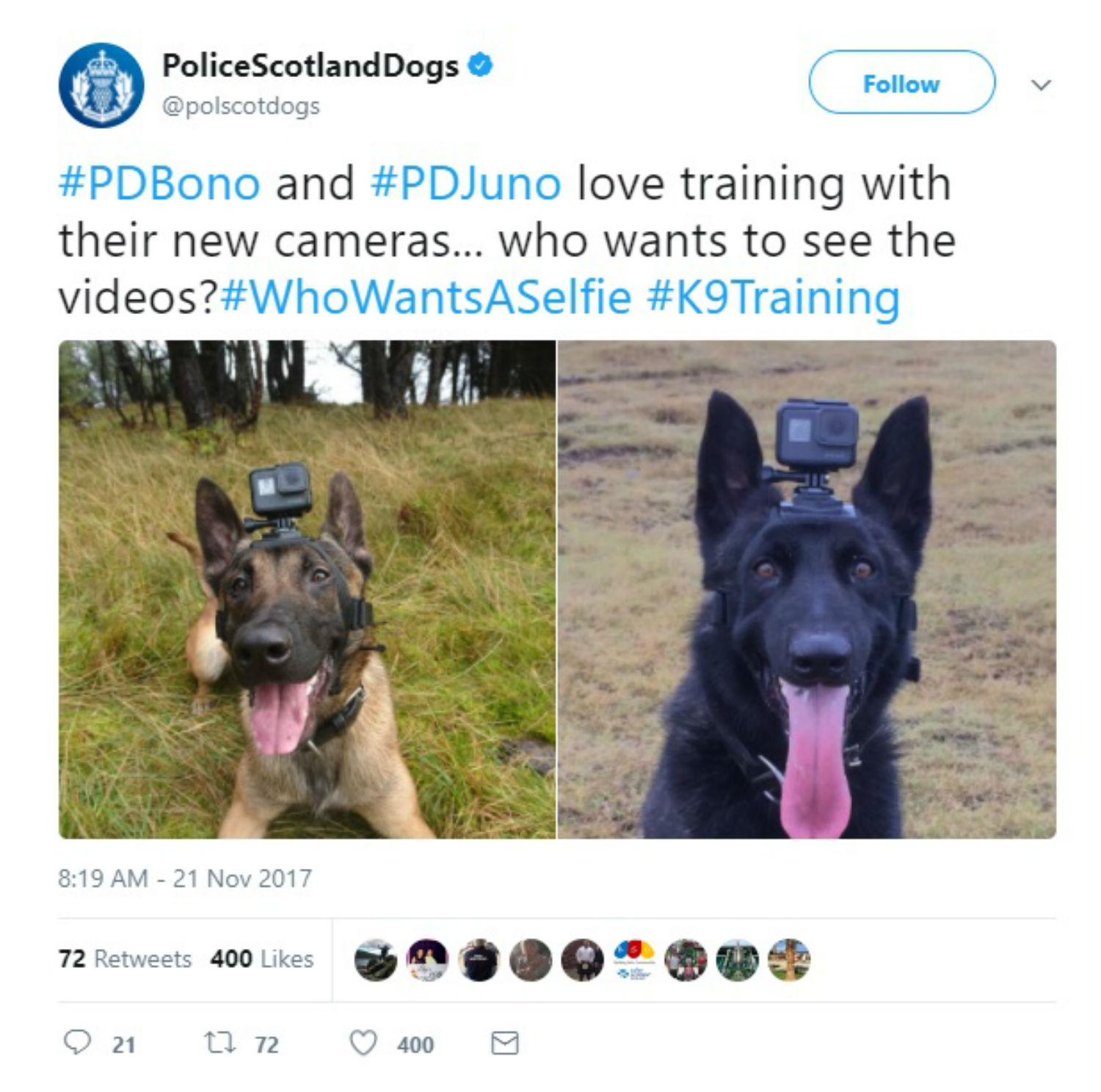 Police uploaded the clip with the caption: “Open search by #PDBono #HideAndWeWillFind.”

The dog’s snout can be seen at the bottom of the frame as he makes his way through the grassland.

At one point Bono stops to have a quick shake before bounding off into the trees.

He finally finds an officer hiding behind a tree and begins to bark. The officer can then be heard saying to Bono: “Good boy, good lad.”

The second video captured PD Juno bounding across a field in the rain and running through marshy grassland.

When he finds an officer hiding behind a bush, PD Juno begins yelping in a high pitched tone until the officer throws a bright yellow object at him.

Juno then snaps it up and bounds off into the field, before coming across another officer who crouches down and throws a hand out to stop the energetic pooch.

The two clips went down well with social media users.

Lesley Jamieson said: “I love it but you are responsible for me wasting my days away on twitter.”

Gary Silvester added: “How great is that? Thank you. Good boy.”

Anna commented: “That was very satisfying.”