“FREEDOM” – The first image of a Scot freed after serving four years in Indian prison for weapons charges has been shared on social media.

A photo of Billy Irving, 37, was posted by Facebook campaigning page ‘Bring Billy Back’ this afternoon – aptly captioned ‘Freedom’.

Irving, from Connel in Argyll and Bute, was jailed with five other Brits in 2013 after being arrested while working as security guards on ships to combat piracy in the Indian Ocean.

They became known as the ‘Chennai Six’ and family members have been campaigning for their release ever since.

Yesterday they were finally acquitted of the charges after an appeal which concluded on November 20.

And the image has now surfaced showing Billy, having grown a full beard, grinning from ear to ear and waving at the camera.

Hundreds of comments have been posted with people expressing their delight at seeing the Scot freed. 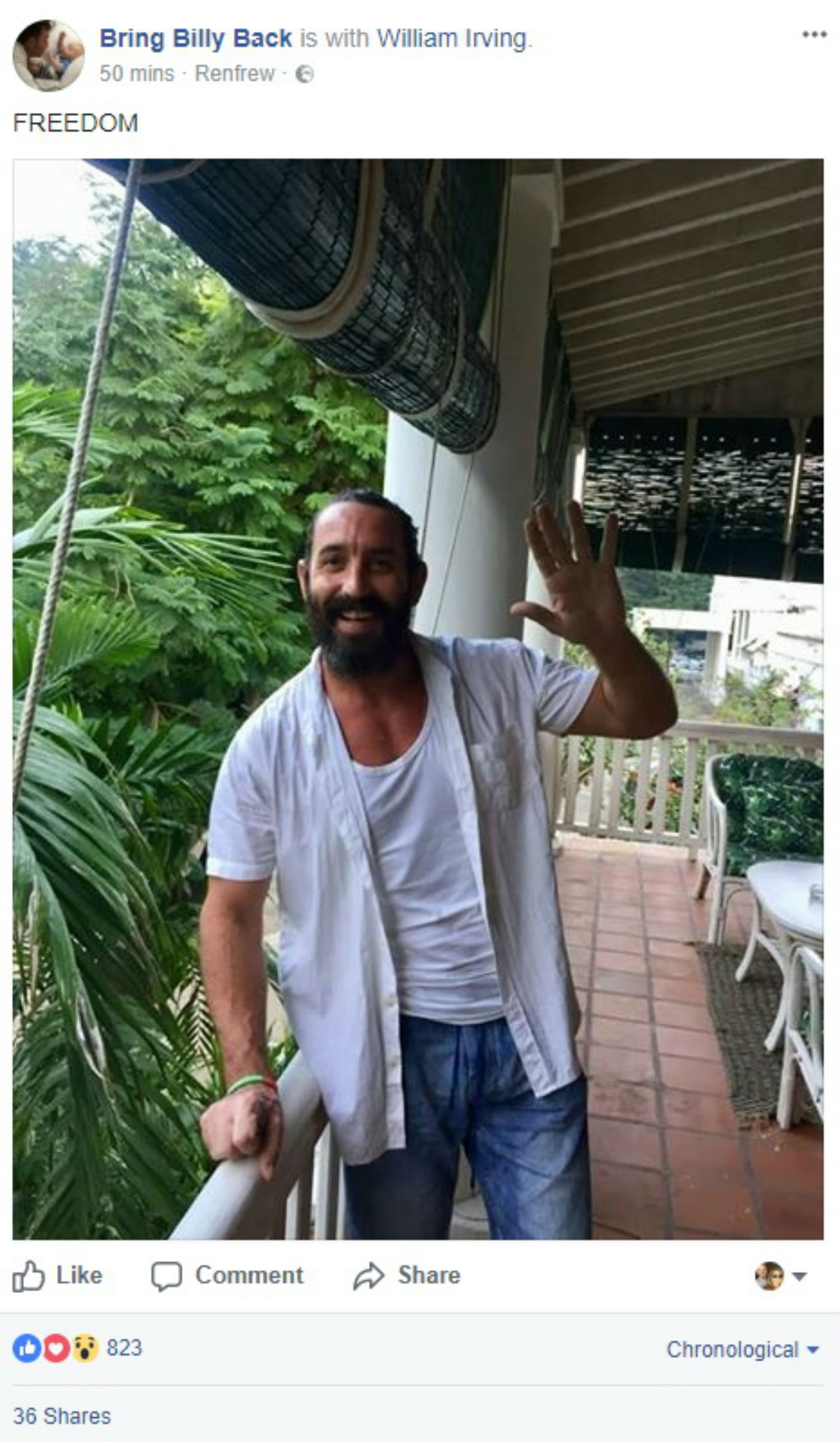 Sharon Gillies said: “This picture says a thousand words – absolutely and utterly delighted for you all Billy – much love xx.”

Margaret Blaylock said: “That smile will light up a room. Praying now for a quick turnaround on paperwork so these boys can get on a plane home.

“Merry Christmas to your family. You have endured and fought such a good fight to get these boys home.”

Pauline Clifford said: “The picture and news we have wanted to see for so long now. For you and your family. Sending love from the Clifford family in North Connel.”

Tony Bryson said: “Absolutely amazing news. Enjoy life with the family now matey and play those bagpipes like never before.”

While Jack Niall Anderson offered to buy the long-suffering prisoner his first drink back on Scottish soil.

He said: “There’s a pint with your name on it in the Oban Inn.”