A KASABIAN fan has been hailed a “hero” after a video captured his epic “dad dancing” at one of their gigs.

The unknown man was filmed “having the time of his life” during the encore of the band’s hit ‘Fire’ at Glasgow’s SSE Hydro on Saturday night.

Standing up in front of his seat, he was captured energetically bopping around from side to side – showcasing sme serious shoulder movements.

His enthusiastic display has since been compared to “dad dancing” by Twitter users after it was shared on the social media site.

It has already attracted more than 2,000 likes and hundreds of comments since being uploaded on Sunday.

The video starts with the excited music fan moving out into the stairwell, before taking his funky moves back to his seat to avoid people walking up the steps.

With the seats around him empty, he continues to jive around the vacant space and people in the row in front can be seen looking back.

At the end of the 29 second video the man can be seen bouncing up and down with his hand in the air acclaiming his indie rock heroes. 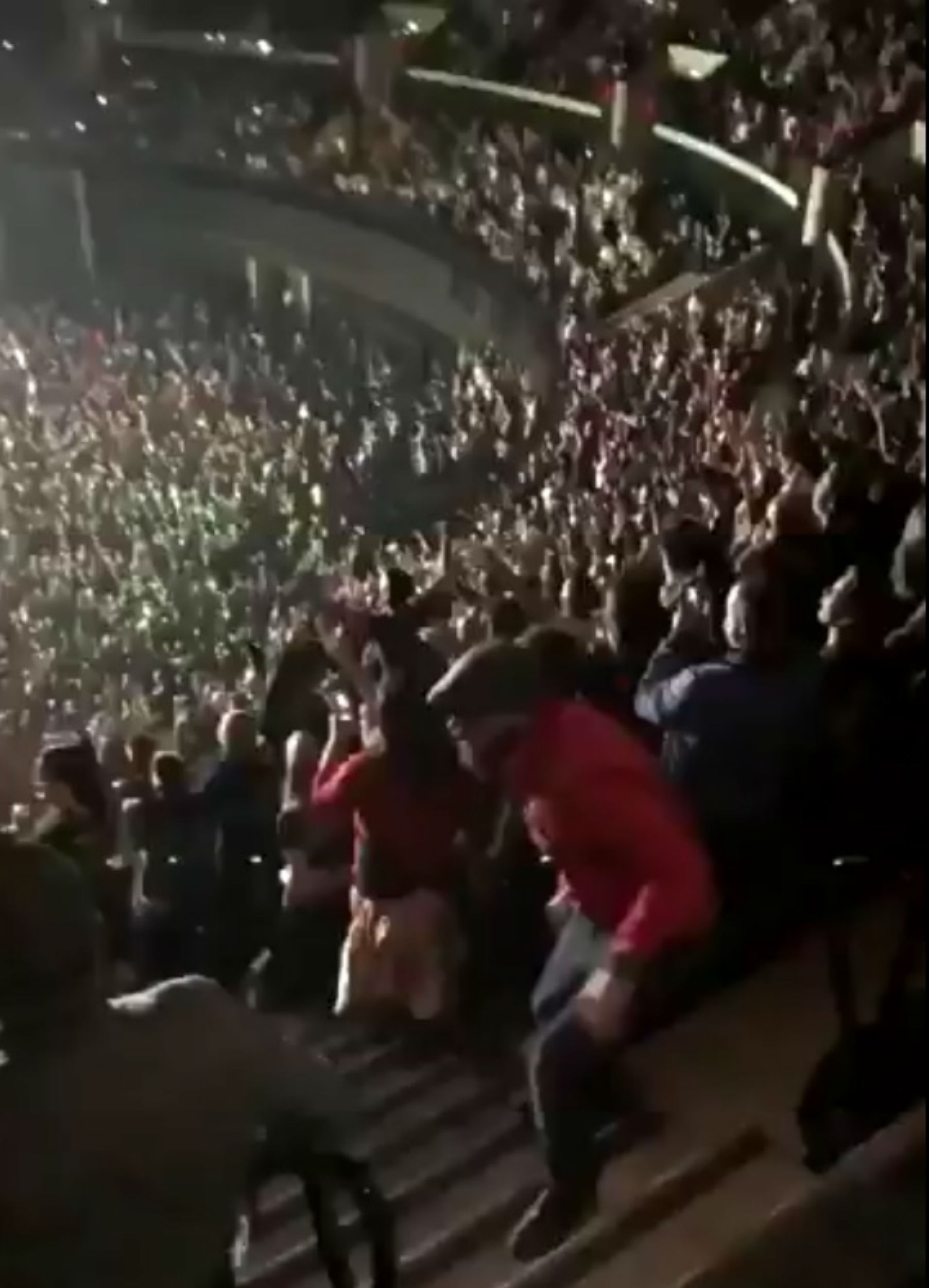 Speaking yesterday (mon), Ross said: “He was dancing like that for a while, I’m not sure how long, everyone was smiling all around him, the atmosphere was great.”

However, the 20-year-old has had some backlash on Twittier with people perceiving that he was slagging the mystery man off.

Joe Whitehead posted: “Obviously having a better time than you because he’s dancing to Kasabian whereas you’re videoing him for retweets.” 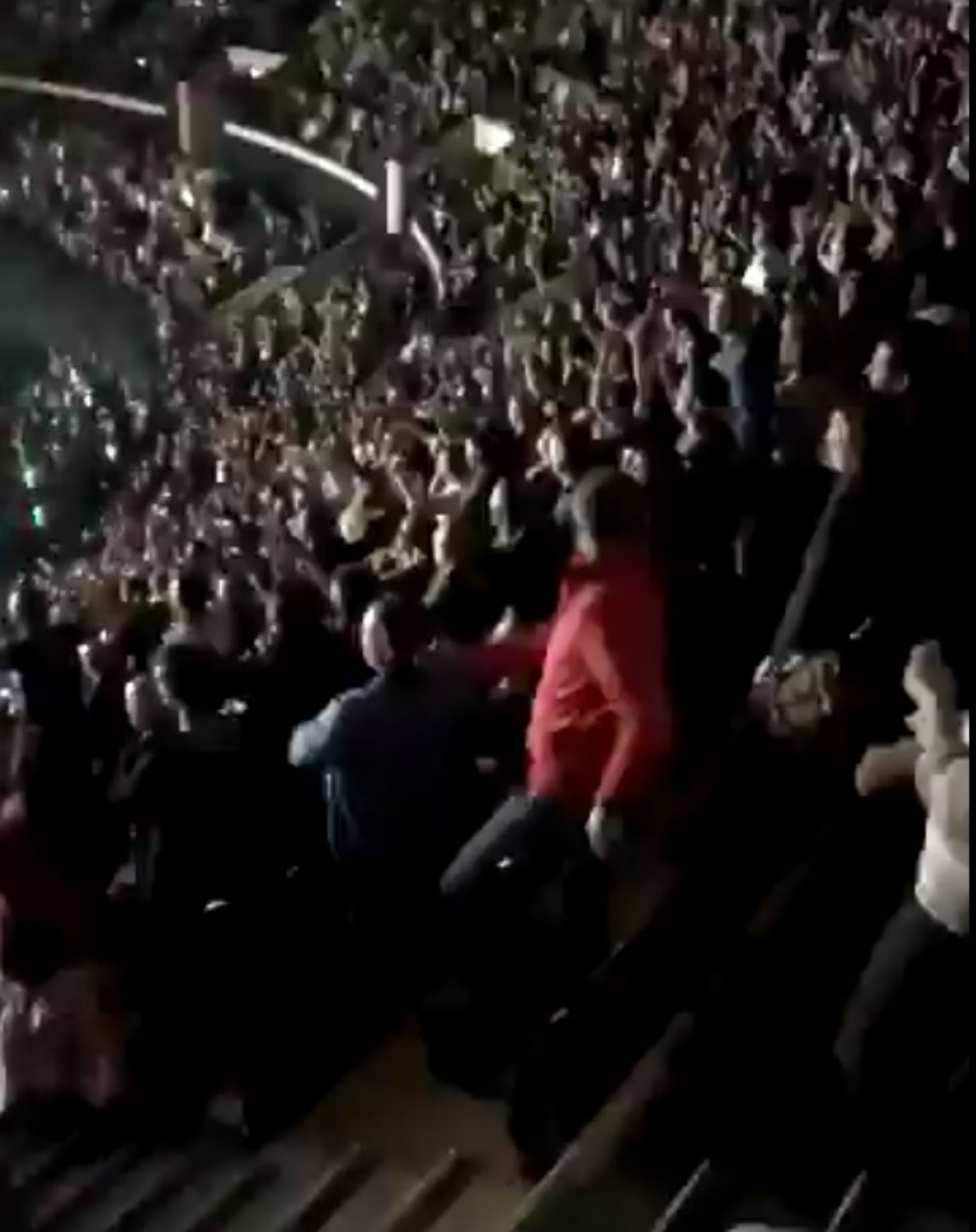 Will Cunninane said: “He’s enjoying himself and you’re stood there filming him, grow up.”
Sam Oakes added: “You invested time into filming someone enjoying themselves in a weak attempt to bolster your minuscule self esteem by getting attention from Twitter followers. You lose.”

Ross later hit hack denying that he was criticising the dancing fan.

He tweeted: “For the people insulting me and telling me I need to stop putting people down for having a good time, I wasn’t putting the guy down and I wasn’t insulting him.”

He added: “But regardless, If you’re just gonna mindlessly insult me then sure why not.” 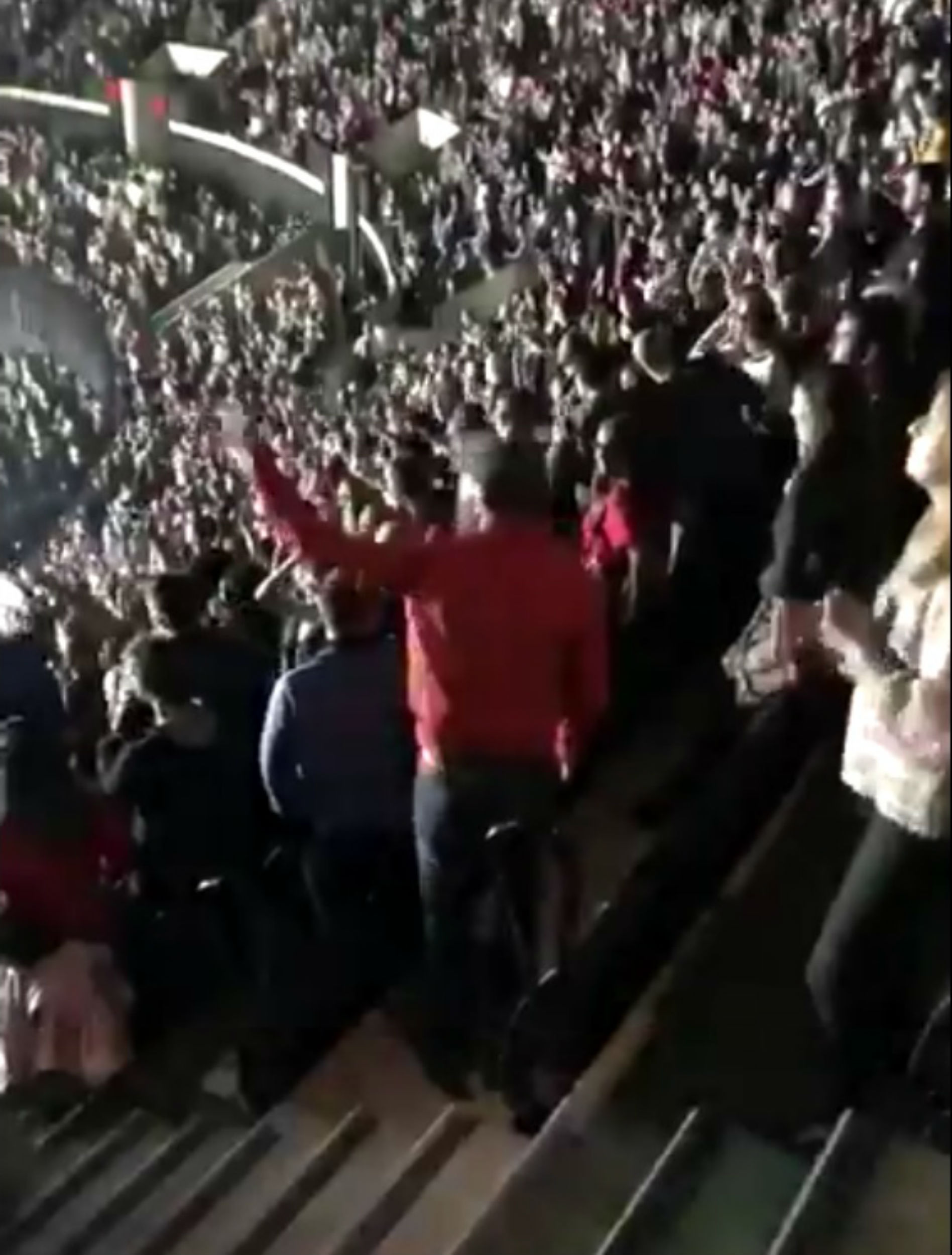 Other social media users ignored the animosity to give praise to the man for how much seemed to be enjoying himself.

Sean Rafferty said: “What an absolute hero, I’ll be disappointed if that’s no me in 20 years.”

Hannah Murphy said: “What a guy.” 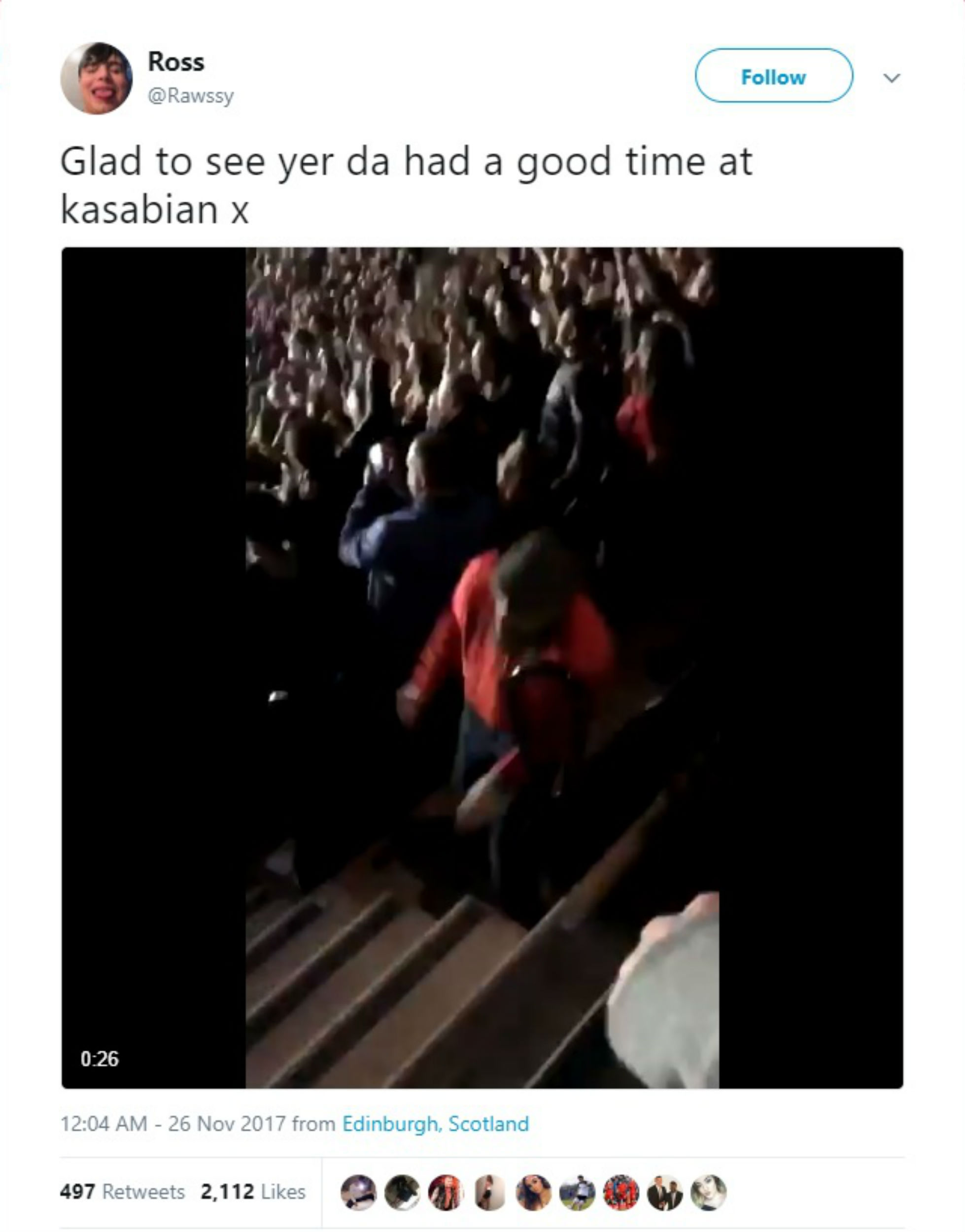 Others tagged friends in it and said that the moves reminded them of themselves.
Paul Billingham said: “That’ll be me on Saturday.”