Front man for the Scottish band Alex Kapranos hit out at the US President after three anti-Muslim videos appeared on Donald Trump’s Twitter account.

The videos were originally posted onto a social media account of the far-right group Britain First and appear to have been shared by the President’s personal account.

Scots band Franz Ferdinand’s lead vocalist Alex took to Twitter earlier today to hit out at the President for appearing to support far-right group, and branding him a “racist” and a “tangerine p***k”.

The tweet read: “S***, what craziness has the tangerine p***k been indulging in now? What? He’s racist? He supports far-right groups? The shock. The shock.”

Social media users were quick to condemn the President for sharing the “deplorable” ideology to a global audience. 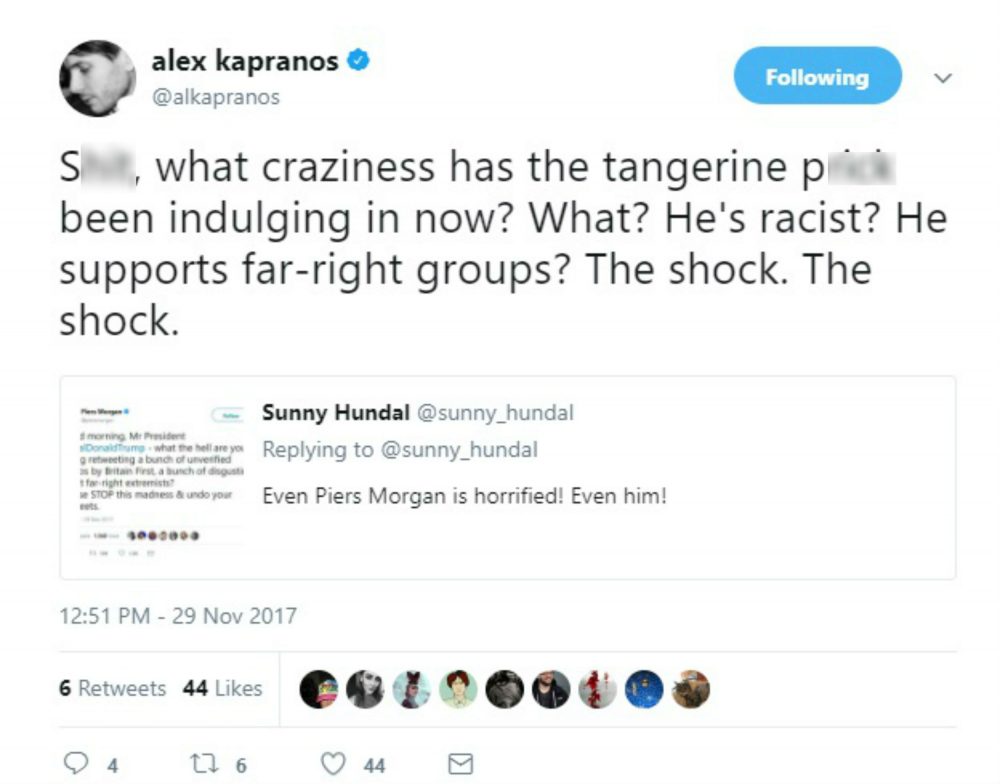 Social media users were quick to respond to the vocalists post.

User Reese commented: “Yet his supporters – and there are a great many – remain nonplussed.”

The shocking clips appear to have been retweeted by Donald Trump’s official account, with one of the films claiming to show a Muslim migrant attacking a man on crutches.

The video first video was followed by another two other, which Fransen claims to show Muslim people.

Franz Ferdinand are a Scottish group most well known for their 2004 single “Take Me Out”.

The band formed in Glasgow in 2001, and went on to win the 2004 Mercury prize and two Brit awards.

The Last Days of Mankind – a heartbreaking documentary of conflict