A HEART-STOPPING video shows the moment two cars come within inches of a head-on collision – less than two miles from the scene a fatal accident less than a week earlier.

The “utter madness” overtake happened on the border between Scotland and England earlier this year.

Captured on camera by dash cam owner Mark Goodwin, the terrifying near-miss happened less than a mile from the site a fatal car involving a motorbike a week earlier.

At the start of the clip the dash cam car can be seen travelling around a corner and continuing over the brow of a hill.

As the car drives down the hill, a line of three vehicles can be seen in the distance with the Peugeot overtaking.

However, instead of pulling in behind the lead car, the Pegeot motorist continues to overtake in the left hand lane. 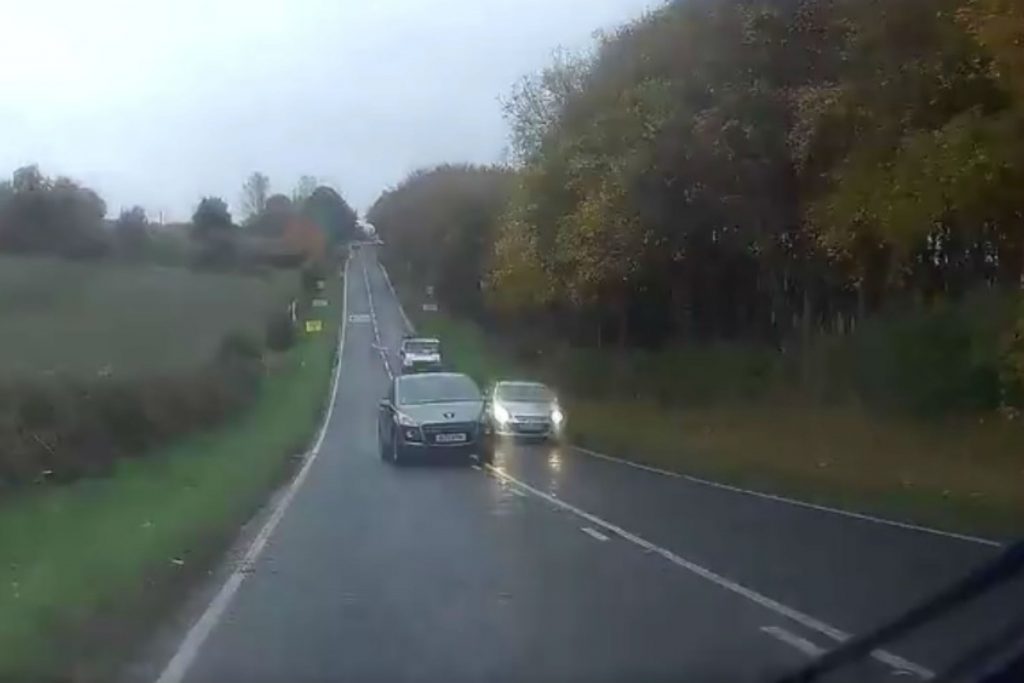 The dash cam car is suddenly forced to veer out of the way to avoid crashing head-on into the on-coming car.

Posting the footage online, Mr Goodwin wrote: “Don’t seem to bother this driver that there was a fatal accident last week, about a mile from this incident where the same thing happened… speeding car overtakes… slams into motorcyclist and kills him.

“Overtaking in a blind dip and while still in a 30mph zone.

“I was doing 47mph when I got to the brow of the hill, and slowed further when I saw him, naively thought he might tuck in behind the car, how wrong was I.” 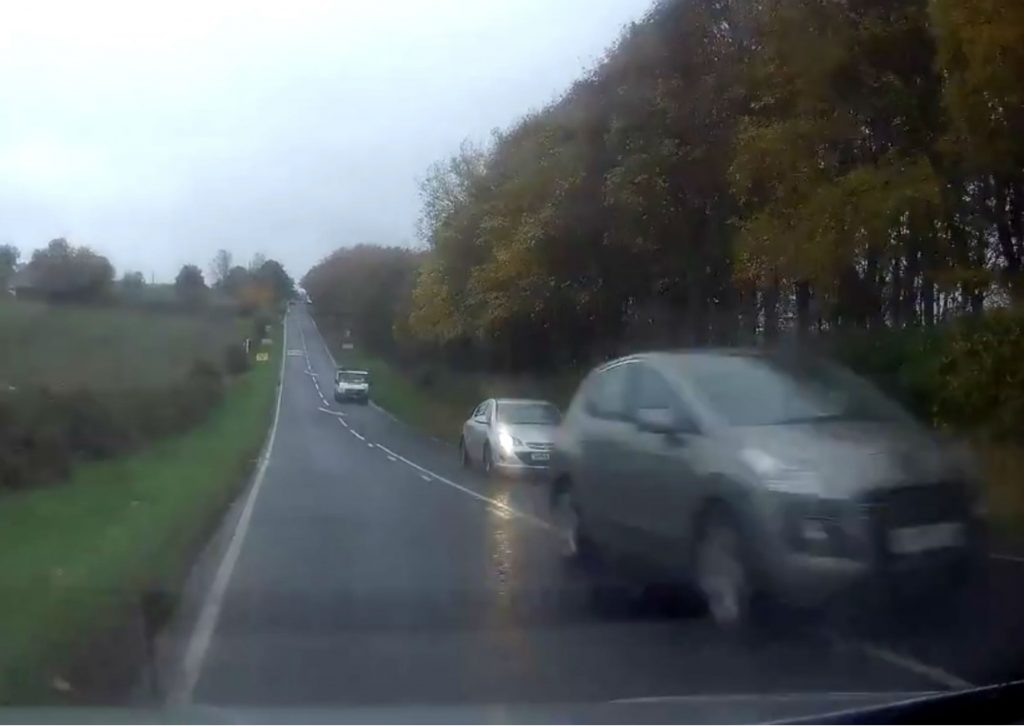 Social media users viewing the clip commented on the dangerous overtake.
One wrote: “Utter madness for what a few minutes gain if ur lucky.”

“That’s the attitude of many drivers with not one not of consideration for anyone.”

“Whilst one other commented: “Why would you…”

Less than a week earlier, a motorbiker was tragically killed near Cornhill on Tweed after he collided with a Mercedes car travelling south.

Retired police officer Ian Bell Whillans, 60, from nearby Galashiels died at the scene.