A SCOTS student has went viral after sharing a morbid fortune cookie message which read: “It is sometimes better to die.”

Twitter user ‘Butsay’, from Glasgow, ordered his dinner from his local Chinese takeaway but was taken by surprise by the ‘wisdom’ he got from his cookie.

After struggling with university work he had to take a double take at the gloomy titbit which he describes as “kicking me when I’m down.”

The owner of Little Buddha in Dennistoun, Steven Li, today (FRI) admitted it was one of their cookies and said they do often have “random” pieces of advice.

He revealed how the cookies, delivered from Hong Kong, have in the past had messages including “Keep an eye on your partner” and “Lose some weight.”

Struggling with university work, Butsay shared a photo of it to Twitter where he sarcastically told his followers that it was nice to get such an “inspiring” message. 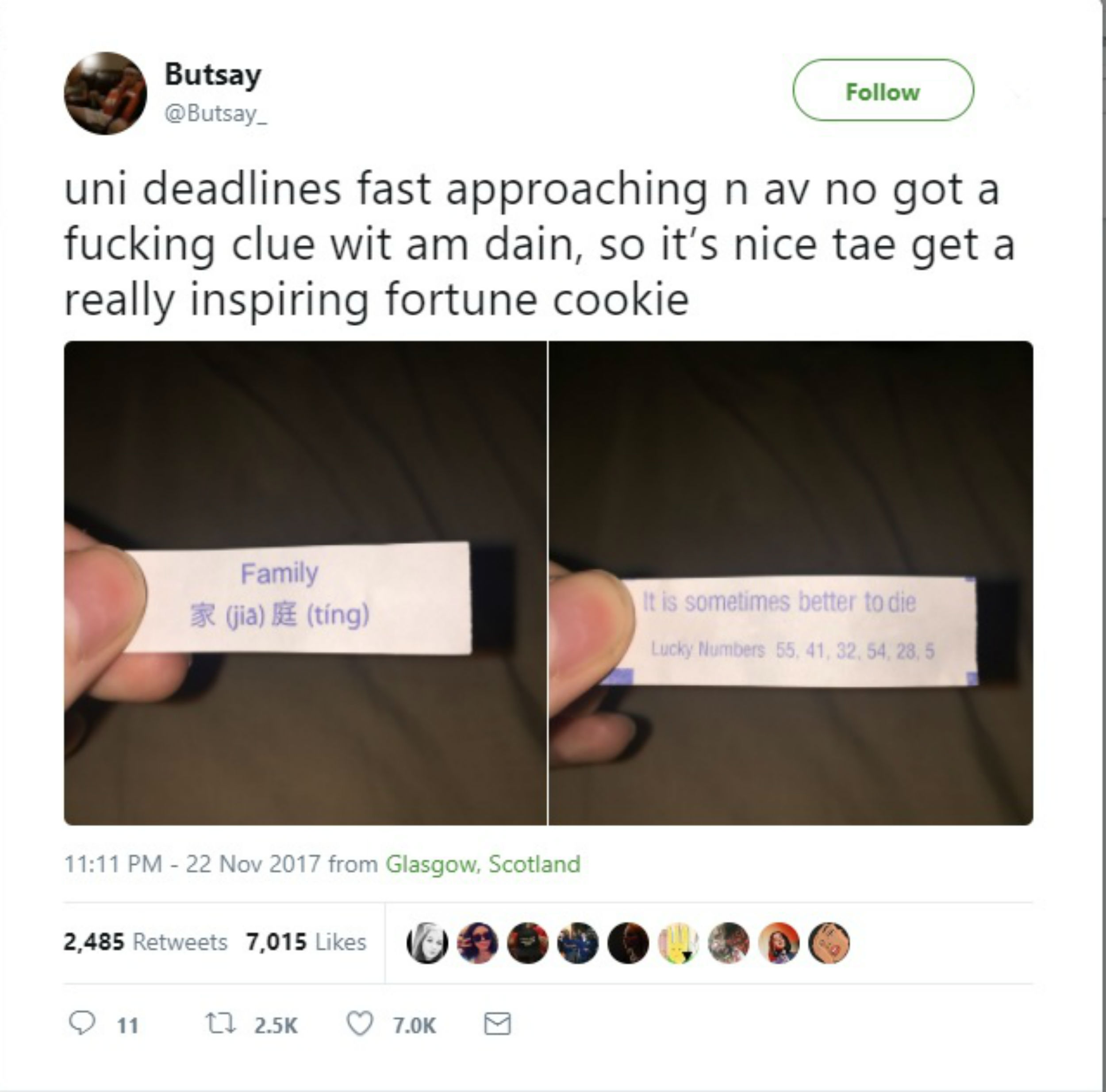 The post contains two photos – one of a fortune which reads simply “Family” but the other contains the statement of doom – “Sometimes it is better to die.”

Butsay wrote: “Uni deadlines fast approaching an I’ve no got a f****** clue what I’m doing, so it’s nice to get a really inspiring fortune cookie.” 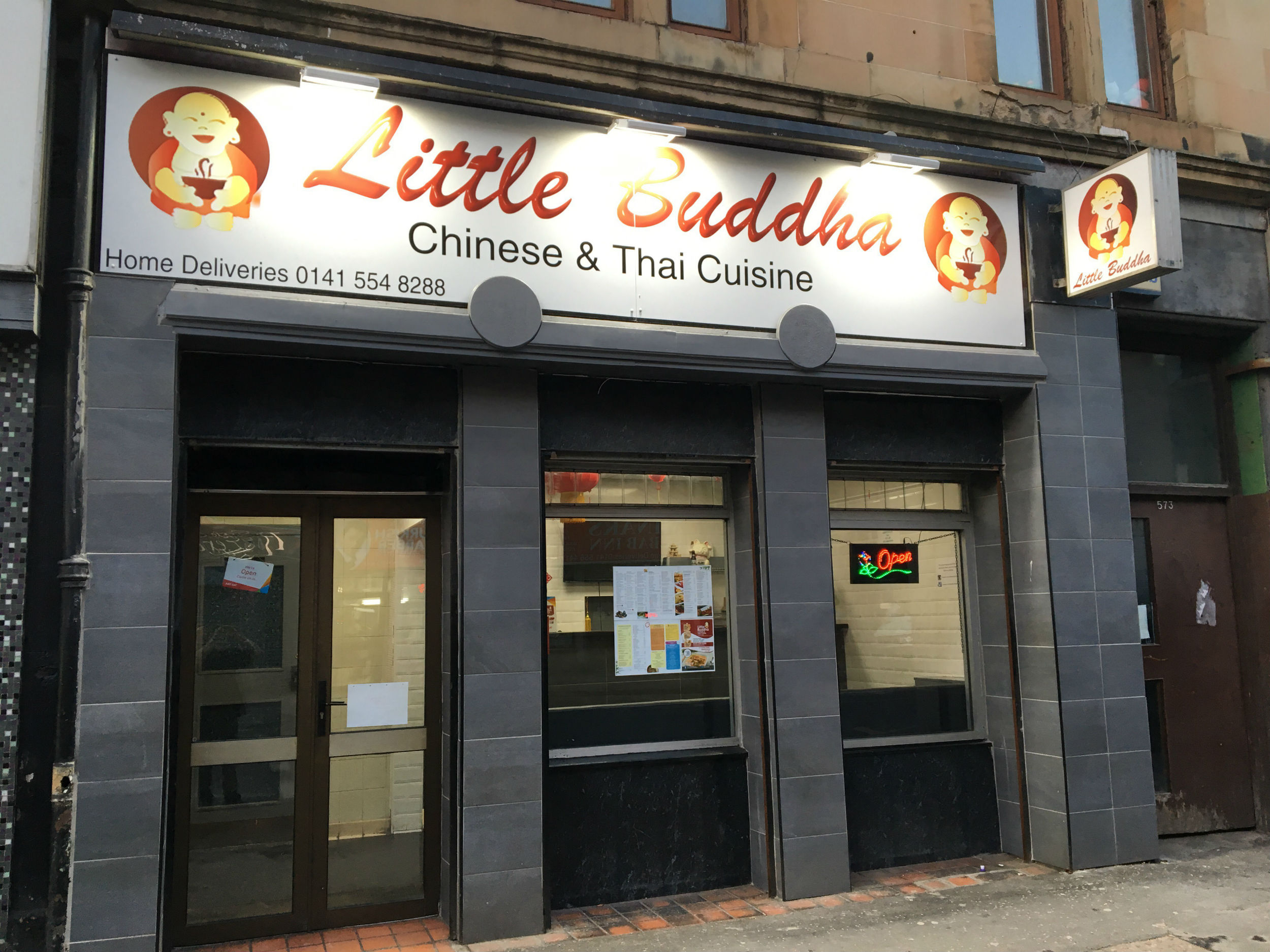 Straymoose joked: “Buy a lottery ticket and leave it to the family? Good luck with the deadline.”

Andrew Imlah said: “Only sometimes? I wish I had this cookie’s optimism.”

While Stuart Atkinson shared a photo of another amusing fortune cookie pearl of wisdom.
It read: “Twenty per cent of zero is batter than nothing.”

Speaking today, Butsay, who wanted to remain anonymous other than his Twitter name, said: “It came with an order from a local takeaway.

“I barely even acknowledged it at first when I opened it because they’re normally a load of nonsense.

“Then I looked again and thought ‘wow that’s some morbid fortune, just kick me when I’m down then’.”

Asked to comment on the prophecy of doom from his restaurant, Mr Li, 39, said: “I had them shipped over from Hong Kong.

“We sometimes buy from a cash and carry but we use a few different brands.

“We give a fortune cookie with every meal so we go through quite a few boxes per week.

“The main difference between the fortune cookies you get in the supermarket or cash and carry is that they usually say nice things, where as you can see this brand tends to says random things.

“Some of the quotes I’ve seen or have been told include: “Your mother lied to you”, “Kung Po will spice up your sex life”, “Keep an eye on your partner” and “Lose some weight.”