ONLINE auction website eBay has been ridiculed online after sending out an email to its users telling them to “decorate your hoe this Christmas.”

The blundering email typo was sent to thousands of the site’s members yesterday evening at around 5pm.

Ebay sent out the message with the subject line “Decorate your hoe this Christmas”, with the body of the email consisting of Christmas gift ideas.

It’s assumed eBay meant to type the word “home” but accidentally omitted the letter “m”. The result, according to onlineslangdictionary.com, means “a promiscuous female – diminutive form of ‘whore'”. 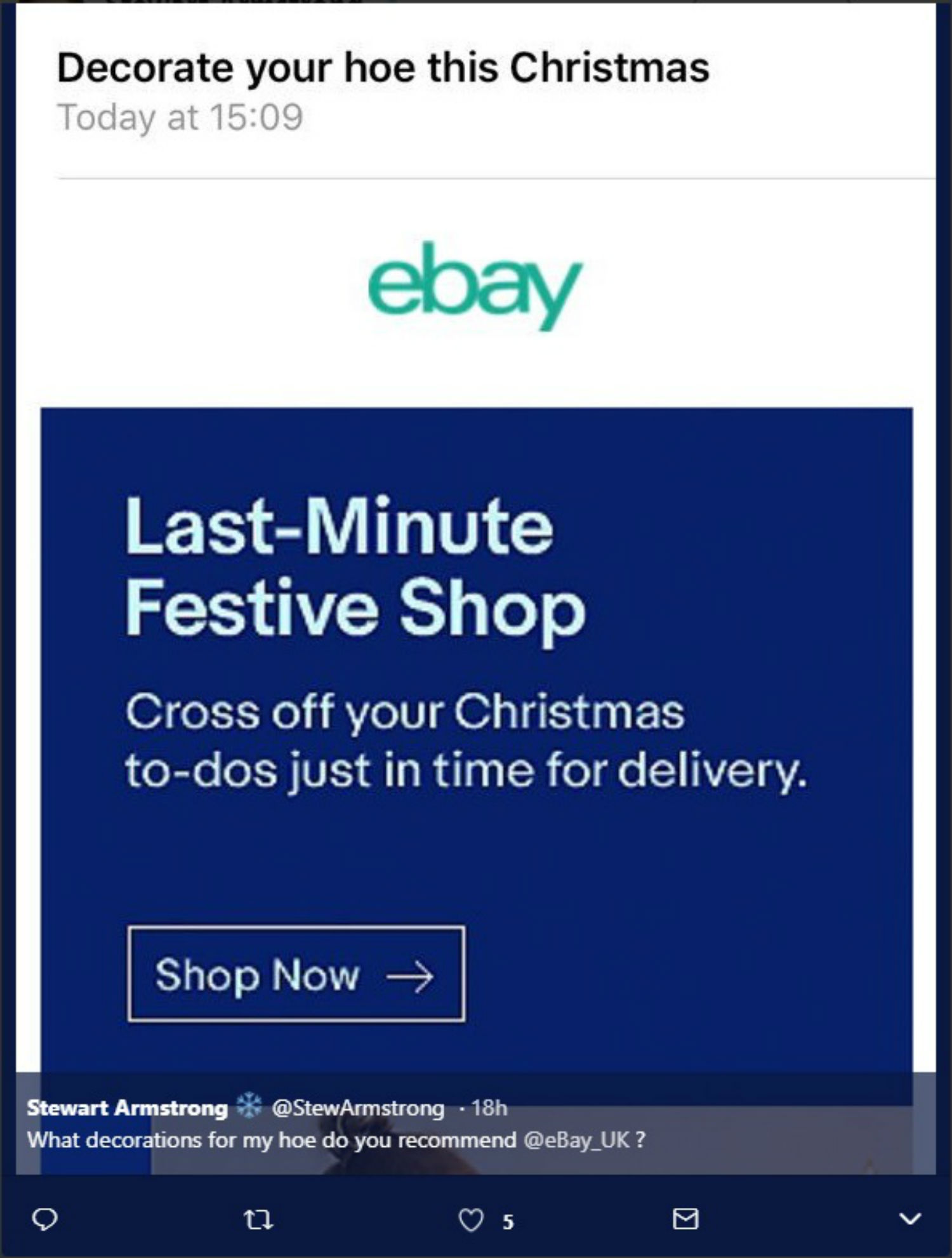 @StewArmstrong said: “What decorations for my hoe do you recommend @eBay_UK ?

@sonya_eves wrote: “Nice to see @eBay getting into the spirit of things. Never let your hoe go undecorated”

@erin_laragh posted: “Why is @eBay sending my mom emails about “decorating your hoe” ?” 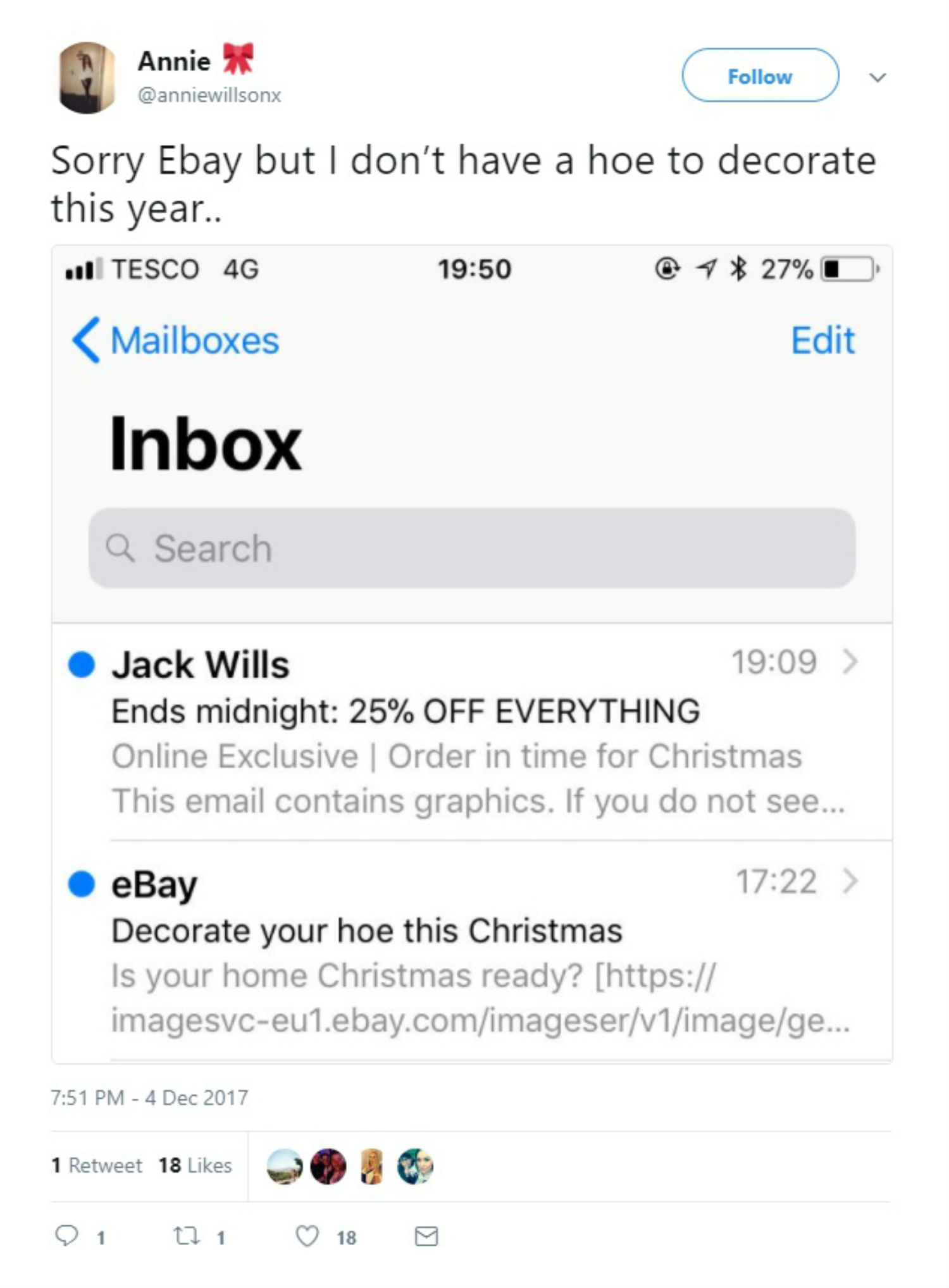 @MarknumPI tweeted: “Thanks @eBay I almost forgot to decorate my hoe for the holiday season”

According to reports an eBay spokesman said: “We’ll be asking Santa for a new keyboard this Christmas.”