BRITS are going mad for this season’s festive must-have – a “genius” space-saving “half Christmas tree”.

Dozens of online stores have started selling the design which looks like a regular Christmas tree but is chopped in half vertically allowing it to be mounted on, or pushed up against, walls.

The design means families can enjoy having their tree up but also have the benefit of extra space.

And some savvy shoppers have even clocked the fact that this means they would only have to do half of the work when decorating the tree.

Online store Very has an artificial 5ft version available on their website for £19.99.

They write: “This may look like a regular Christmas tree, but it’s been cleverly designed so that one side is completely flat, so no matter how limited your space might be, you and your family can still enjoy the magic of having a tree in your home.”

And Balsam Hill offer a more luxurious version called their Exclusive Kensington Flatback Tree on sale for up to £199 – reduced from £399. 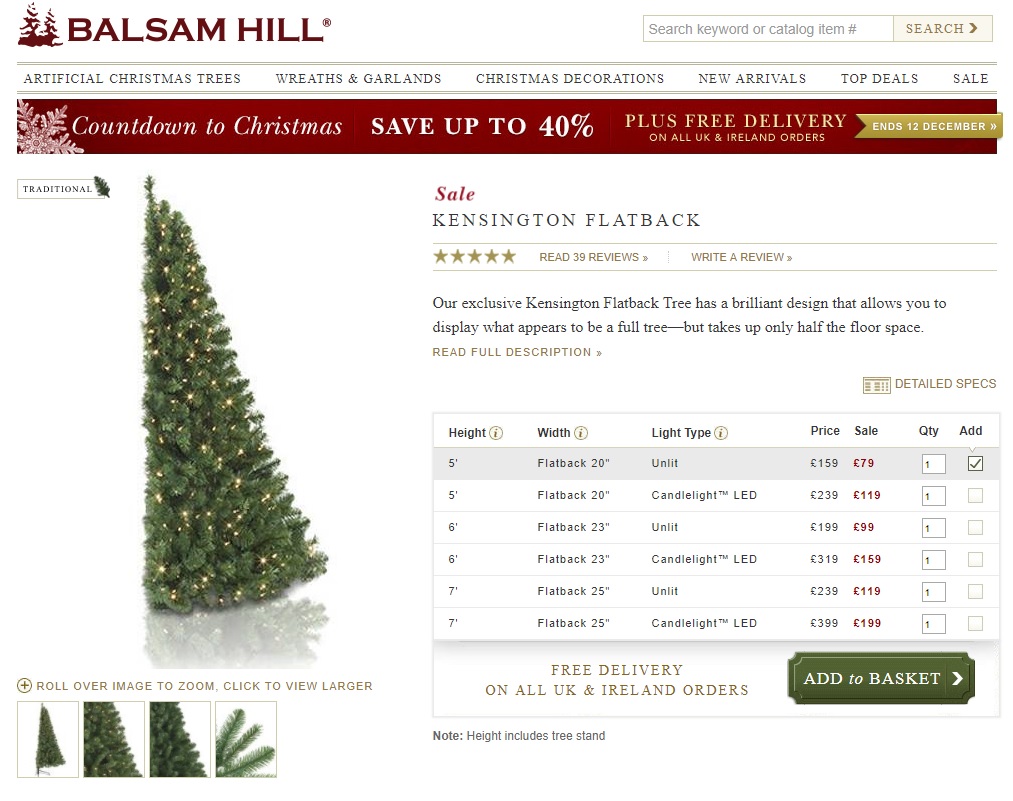 The innovative, yet slightly bizarre idea, has been hailed as “genius” over social media after Facebook selling page Playpennies shared an image of one describing it as “genius”.

Since it was posted last night it has attracted hundreds of comments from impressed shoppers.

Katie Adams wrote: “Look, half a tree so you only decorate half.”

Alix Harkness said: “Wow you can actually buy half a tree!”

Carol Dobbie wrote: “This would make life at least half easier.”

Nicola Cook said: “Maybe get this. Half the tree, half the hassle.”

However some social media users were less than impressed.

Gemma Murphy wrote: “Is this some sort of joke?”