TRANSPORT chiefs had to replace 17 Gaelic road signs – after failing to use a translation service.

According to a Freedom of Information document released by Transport Scotland, the 17 Gaelic signs were either misspelled or badly translated.

One of the mistakes, which appeared on seven signs, read “Baile mor ionad” which translates into “big town unit”.

However the translation should have said “Meadhan a’ Bhaile”, meaning “town centre/city centre”.

There were five signs with the wrong spelling of the Calendonian Canal – “An Canal Cailleannach” – that should have been written “An Canàl Cailleannach”.

While the smallest spelling mistake – missing one letter – appeared on two signs with the title of the route the Great Glen Way.

The final correction was for the village of Clunes, that was initially spelled “Na Clualnean” and changed to “Na Cluainean”. 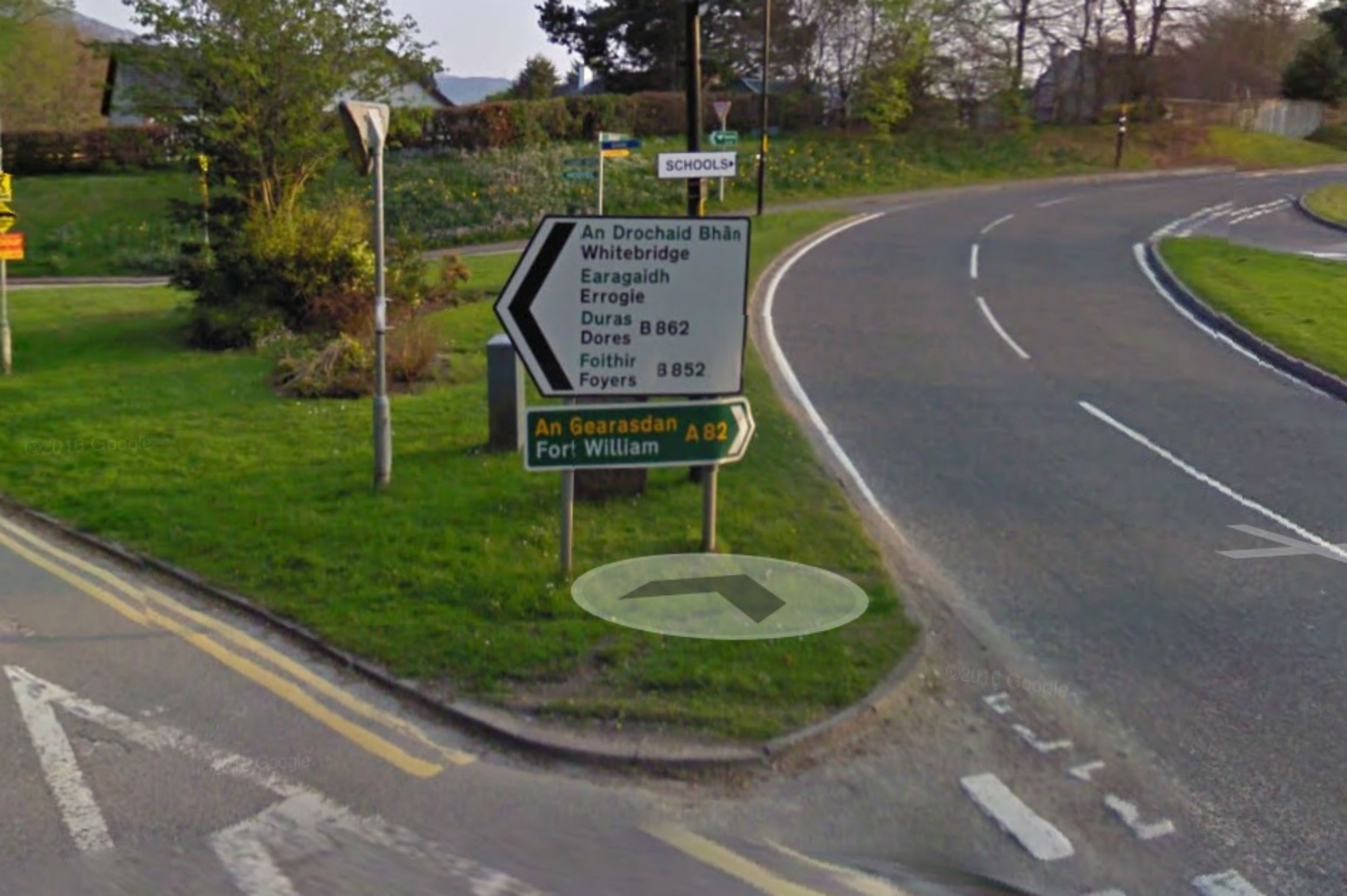 While another mis-communication said “Baile an fhraoich amar” – meaning “heather bath”, however it meant to say “Acarsaid Bhaile an Fhraoich” – meaning Muirtown Basin.

The mistakes were all made in the past decade and cost about £1,725 to correct.

Transport Scotland said yesterday [WED] that the contractor who installed the signs had not bothered to use the translation service based in Skye at the Gaelic college, Sabhal Mòr Ostaig.

The quango said: “A number of signs on the Great Glen Cycle Way had to be replaced in 2015 after incorrect translations were brought to our attention by a member of the public.

“Our contractor failed to use the services of our translator and the signs were corrected as quickly as after the mistakes were drawn to our attention.”

The decision by the SNP administration to display place names in Gaelic across the country has received backlash from opposition who claim it is a waste of money.

Around £28m is invested in Gaelic every year by the Scottish Government with £285,000 spent on road signs.

In 2015 Argyll and Bute council came under fire after visitors to a popular Scottish holiday spot were unwittingly welcomed to “Penis Island” for nearly a decade because a council’s Gaelic grammar error went unnoticed.

The large sign greeted ferry passengers as they stepped on to the Isle of Bute had been in place for nearly nine years but was missing a crucial punctuation mark.