The 30-year-old musician last night requested a meeting with the airline’s CEO Alex Cruz to discuss problems musicians face when transporting their valuable instruments onboard.

Benedetti also condemned the airline’s response to complaints they receive over social media saying they show how lacking in “training and knowledge” their staff members are. 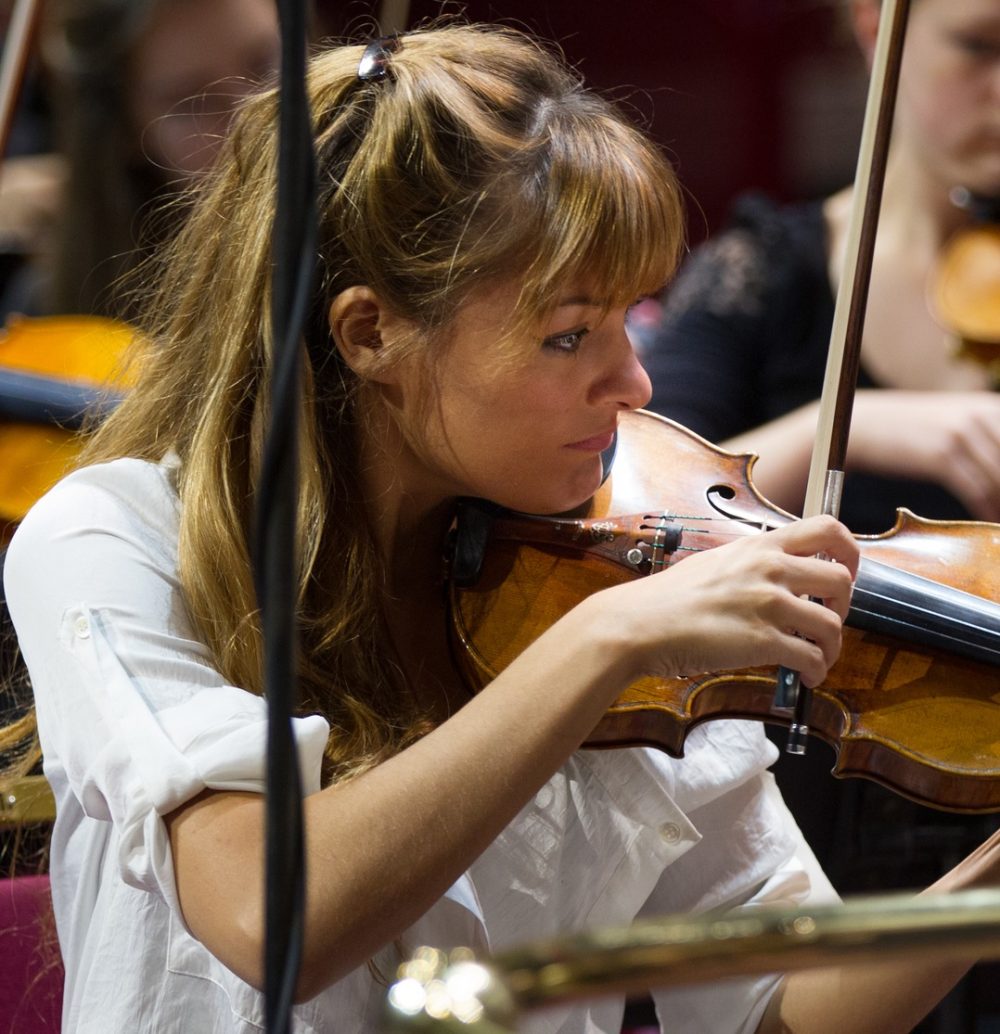 In the past the airline has been accused of making musicians pay hundreds of pounds to buy a seat for their large instruments.

Her comments came after renowned trumpeter Alison Balsom branded the company “a greedy disgrace” earlier this week when they apparently announced they could be charging for smaller instruments brought on board.

Balsom tweeted British Airways official page on Tuesday, writing: “That’s it, I’m done @British_Airways – we’ve all been so patient with the lowering standards but not to let professional musicians bring on their (small) instruments as hand baggage?

“We take hundreds of thousands of flights – it’s our living. A greedy disgrace.”

Last night Benedetti re-tweeted the post in support, writing: “Totally appalling behaviour from @British_Airways to too many musicians – and the replies from their Twitter handle demonstrate how lacking in training and knowledge staff members are.

“Something has to be done from the top – who can we write to to get this sorted?”

Benedetti received dozens of messages of support, with some even revealing their own bad experiences with the airline.

Paul Yole wrote: “Yep. My daughter had to buy a seat for her violin and when she boarded they had sold the seat to another passenger.”

Brandon Joy said: “I’m due to fly with BA in July with my violin and refuse to let them have my violin be but on the luggage level! Their dimensions for violins are so small!”

Rita Manning, a professional violinist, recently complained that she was charged £240 for a separate seat for her instrument on a recent flight to Jersey.

Electric string quartet, Escala, said they refused to be bullied by BA into paying for their violins and violas on a trip back to London from Amsterdam two weeks ago.

The quartet said in a statement: “There seem to be different rules in different countries. It is so unclear. It makes us nervous every time we approach the BA desk.”

On airline website, SeatGuru they state that passengers with excess luggage can be asked to pay up to £77 for each additional item.

On Tuesday BA released a statement on social media writing: “It’s true that we’ve changed our policy and we’re unable to allow musical instruments to be carried in cabin as hand baggage without charge.

“We ask all passengers travelling with musical instruments to contact us for assistance prior to their journey.”

Last night (WED) the Musicians’ Union released a statement saying they were in talks with BA who have reassured them that small items should be allowed as hand luggage.

BA state on their website that they allow passengers to carry on their small instruments along with hand luggage but both items have to fit within the dimensions of 80 x 30 x 25cm (31 x 11 x 10in).

A BA spokeswoman today said: “We will always do everything we can to accommodate smaller musical instruments in the cabin.

“In order to ensure there is enough space for all customers to store their belongings, larger musical instruments, such as guitars and cellos, can be carried in the hold in a hard case.

“Alternatively customers can choose to buy an extra seat to carry them in the cabin at a discounted rate.”