A HILARIOUS video shows the moment a bar fight between drunken lads is won – by a piece of furniture.

The sozzled friends start throwing punches after a row over who bought the last round gets out of hand.

After a series of ineffectual blows, one of the pugilists misses a punch and clatters into a wooden partition which springs back and hits him so hard on the head he is left reeling.

Realising that an inanimate object is fighting better than them, the boys quickly lose their appetite for fisticuffs.

The short clip begins with one of the sozzled lads swinging for another member of his group during a night out in Bristol last Saturday.

Just as the pair embrace each other and bounce of a wooden frame, used to keep wind away from customers sitting outside, another boy comes into shot.

The lad, dubbed “blue shirt guy”, then hilariously goes to land an ill-timed punch to one of the boys – but manages to hit the frame instead.

The thick wooden frame then bounces back and bashes him on the head with a sickening thud. The man staggers away as onlookers laugh. 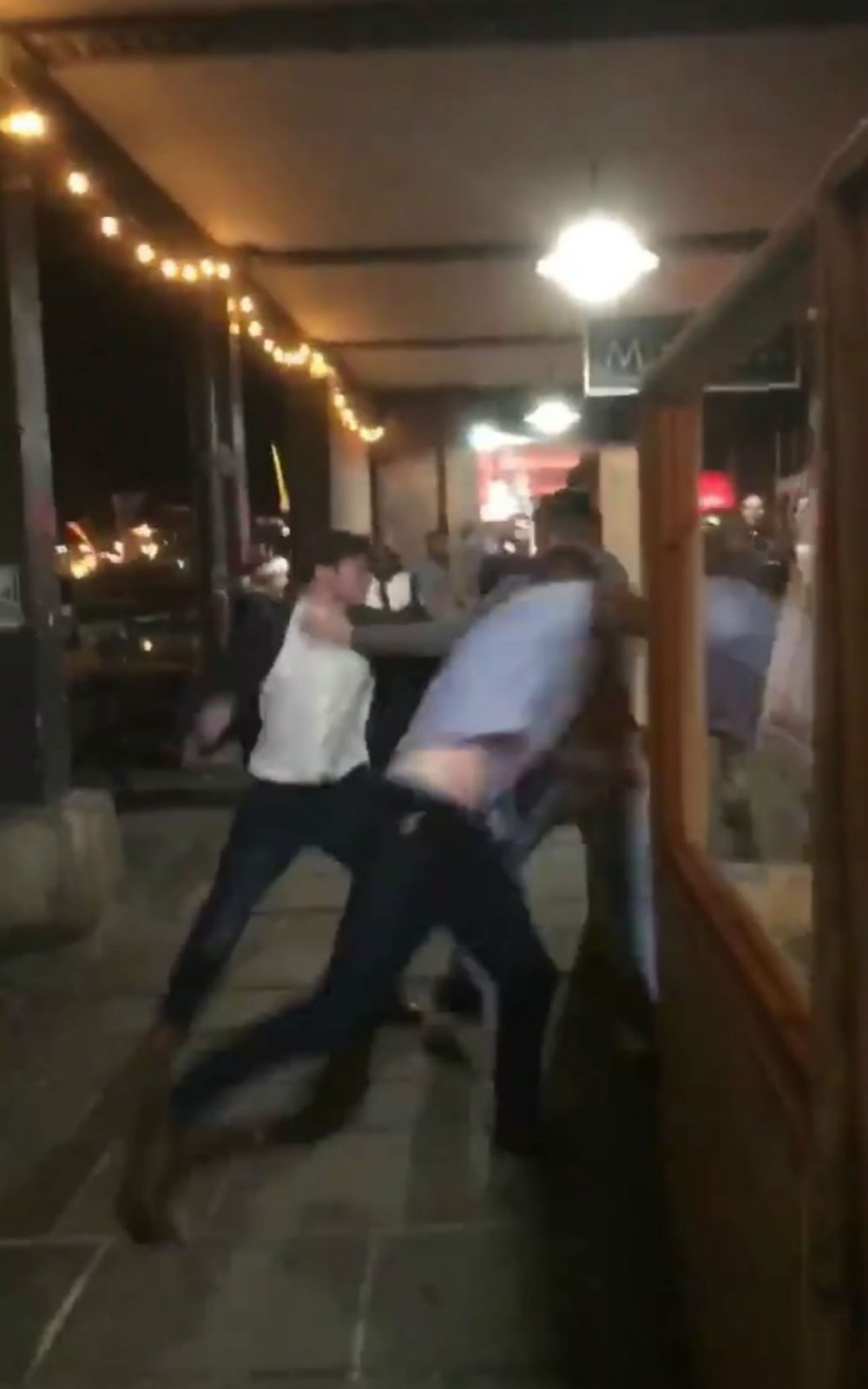 The clip has attracted over 125,000 views on Facebook after it was uploaded on Sunday by humoured spectator Carl Giambarresi.

He simply wrote: “Watch the lad in the blue shirt!”

One viewer, Robbie Baston, wrote: “What a nugget.”

Lewis Russell said: “The effort was there. Haha.”

And Carl Bethell wrote: “I’m pretty sure the guy who hits the floor dislocated his shoulder, watch his arm when he gets up.”

Speaking today Carl, who filmed the clip, said: “It was two mates fighting over who bought the last round. I heard them talking about it.

“One of them broke his arm also, the kiddy that fell over.”