However, the Portuguese still relishes his trips to Edinburgh and admits he is close to tears whenever he hears the supporters sing his name to the tune ‘Give It Up’ by of KC and the Sunshine Band.

The Portuguese coach wrote himself into Tynecastle folklore when he masterminded the famous victory at Hampden in May 2012. 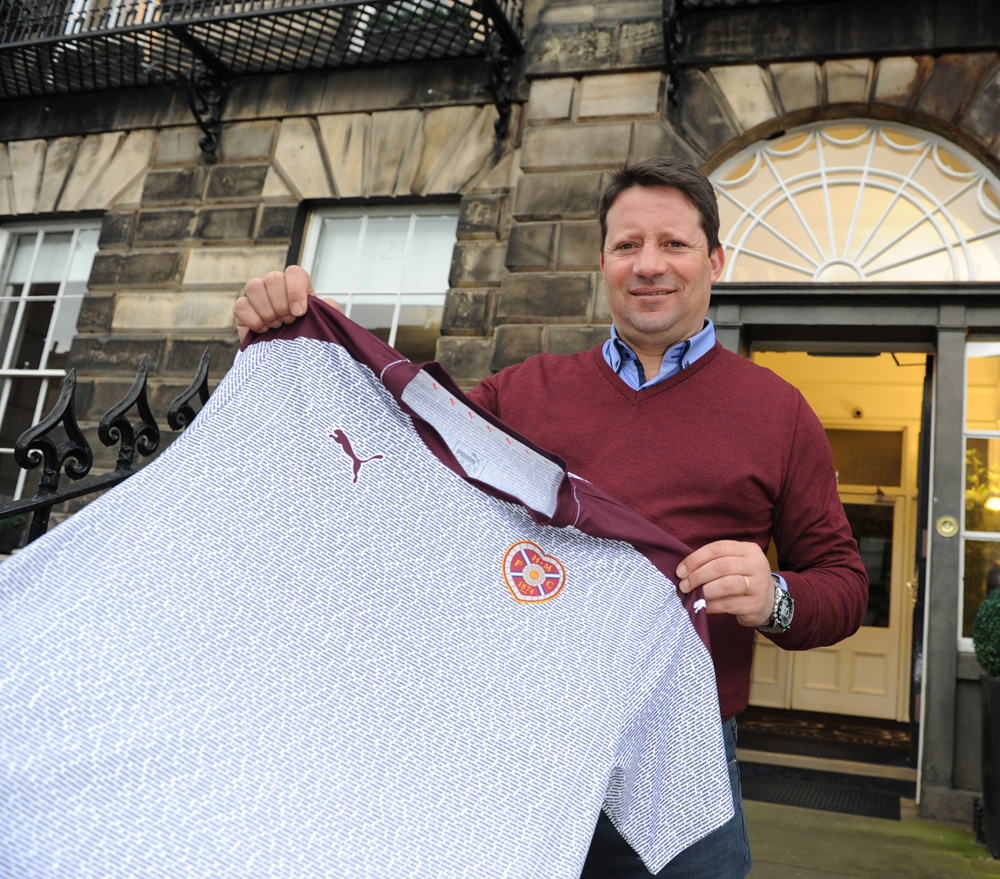 But with Hearts battling to stay afloat off the pitch under the disastrous mismanagement of then owner Romanov that would eventually lead to administration a year later, Sergio admits he was heartbroken at having to bid farewell to the supporters just weeks later.

He said: “I did nothing to find another job after the final because I was speaking with the people in the club, who had been promising me a renewal of my deal that would allow me to stay for another two or three years.

“I was very, very happy about that but in the end after the cup final, when we sat around the table they were offering me less than half of what I had been earning before.

“I felt I was betrayed by those people.

“But the positives always stay stronger in our hearts than the negatives.

“There is no doubt the cup win is one of the biggest achievements of my career and the place where I really feel comfortable is here in Edinburgh.

“Even in moments when I’m completely alone, walking in the streets, I don’t know what it is, I feel I am part of this, part of this football club.

“I don’t want to say I am a legend but I am proud to be one of them.

His presence is certain to trigger a rendition of his song and the 49-year-old admits hearing the fans sing his name is very special.

He said: “It’s fantastic. Last time I was in Edinburgh, I was in the stadium and they were singing it.

“Sometimes when some friends meet here and drink some beers, they start singing that and send me videos to my phone. It’s great for me.

“I just have to say thanks for everybody because I really, really appreciate the way everyone treats me here. I hope one day I can return.”

Sergio applied for the Hearts vacancy last August following Ian Cathro’s sacking but was not invited for an interview as Hearts eventually turned to Craig Levein.

However, the former Belenenses striker is still delighted to see Hearts return to health both on and off the pitch.

He added: “In general, everyone at the club has done a fantastic.

“Ann Budge, the people at the Foundation of Hearts – they have all done really well to bring Hearts to their natural place.

“I hope to see Hearts in fighting with the bigger teams in the future.

“I follow the games, I see the league and I can see that Hearts are not conceding goals.

“They are defensively strong and with time, and a little bit of quality, they can become a good team.

“They are not scoring a lot of goals but I hope, in time, that happens.”

•Paulo Sergio was speaking at a William Hill media event. William Hill is the proud sponsor of the Scottish Cup.