AN air hostess has been left mortified after a picture of her dog with a sex toy clenched in its jaws went viral.

Sophie McGrattan was disgusted when her pet found the object during a walk and tweeted a picture of the find.

But the 21-year-old was even more appalled when everyone assumed it was hers. 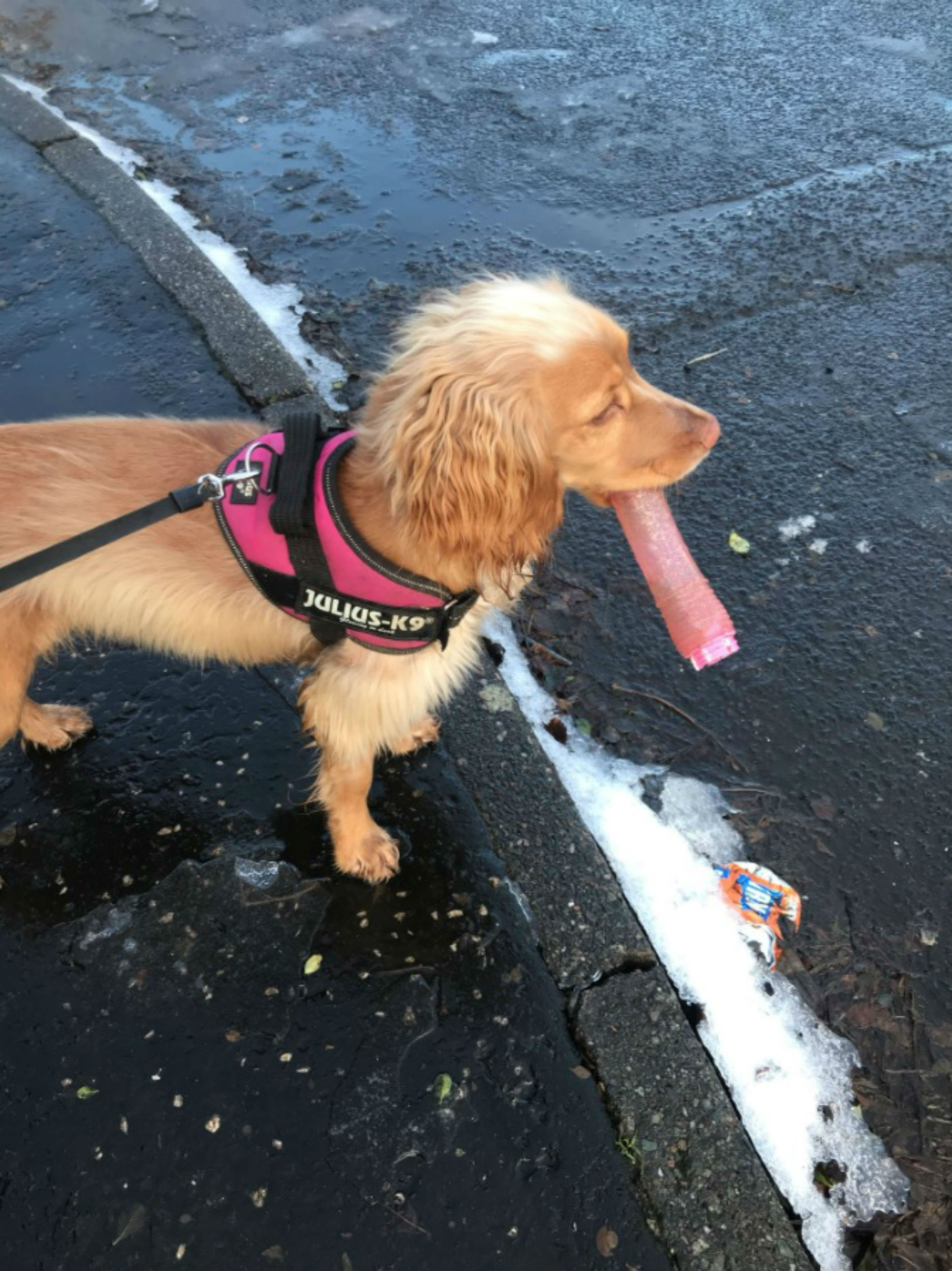 Jodie McQueen said: “This has made my day.”

Bas van der Deen added: “Thanks for making me laugh out loud.”

Robert Crabb joked: “I remember it just used to be scud books you found in bushes, this person was well prepared for some quiet bush time.” 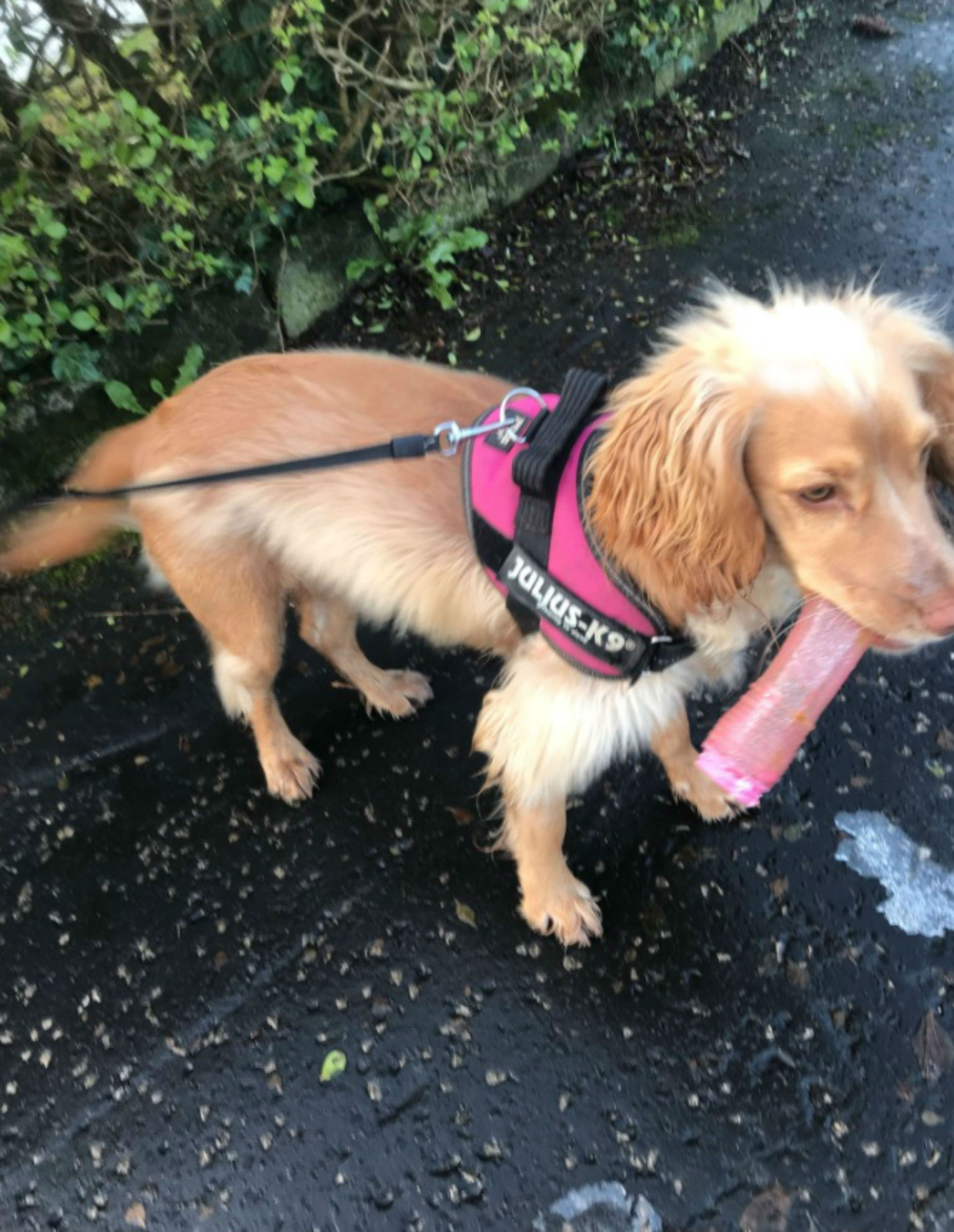 However, others scurrilously suggested that Sophie was not being entirely honest.

Another user added: “The old ‘found one outside’ chestnut.” 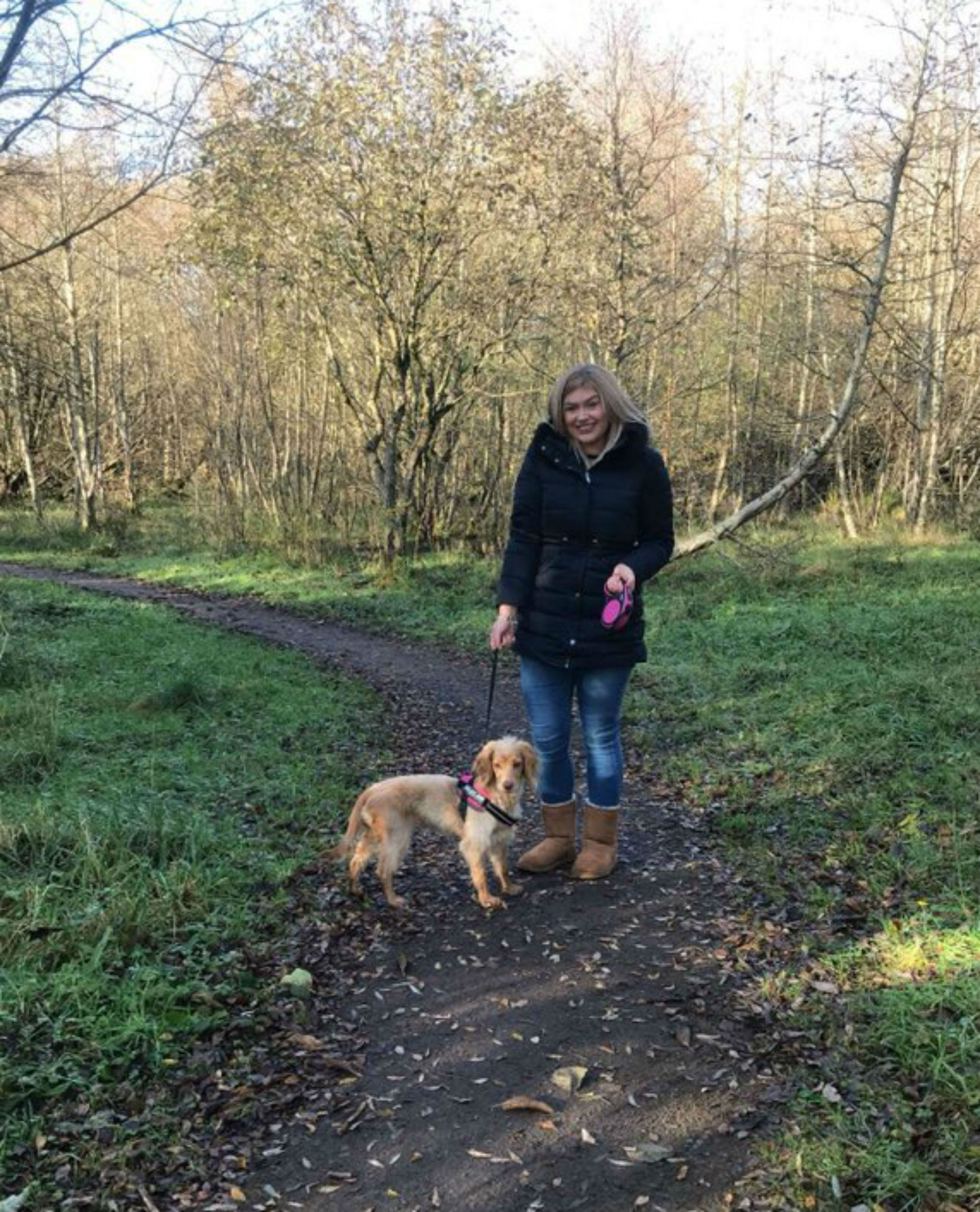 Speaking today (FRI), the flight attendant was eager to point out that the offending object was not her own.

She said: “I was honestly mortified. These builders were there also so they were pure shouting over ‘aww hen think you’ve lost something.’

“It’s embarrassing the amount of people that think it’s mine.”