EVEN as Hibernian sought to unwind during their winter training camp in the Algarve last week, the significance of their recent dominance over Hearts was audible. ‘Ten in a row,’ came the chant from a boisterous band of supporters who made the pilgrimage to Portugal to watch their favourites play Willem II.

It has been the soundtrack to Hibs’ fixtures ever since the Edinburgh rivals played out an attritional 0-0 draw at Tynecastle in December, extending the Hibees’ unbeaten run to nine.

August 2014 was the last time they endured the bitter taste of defeat against their fiercest foes. 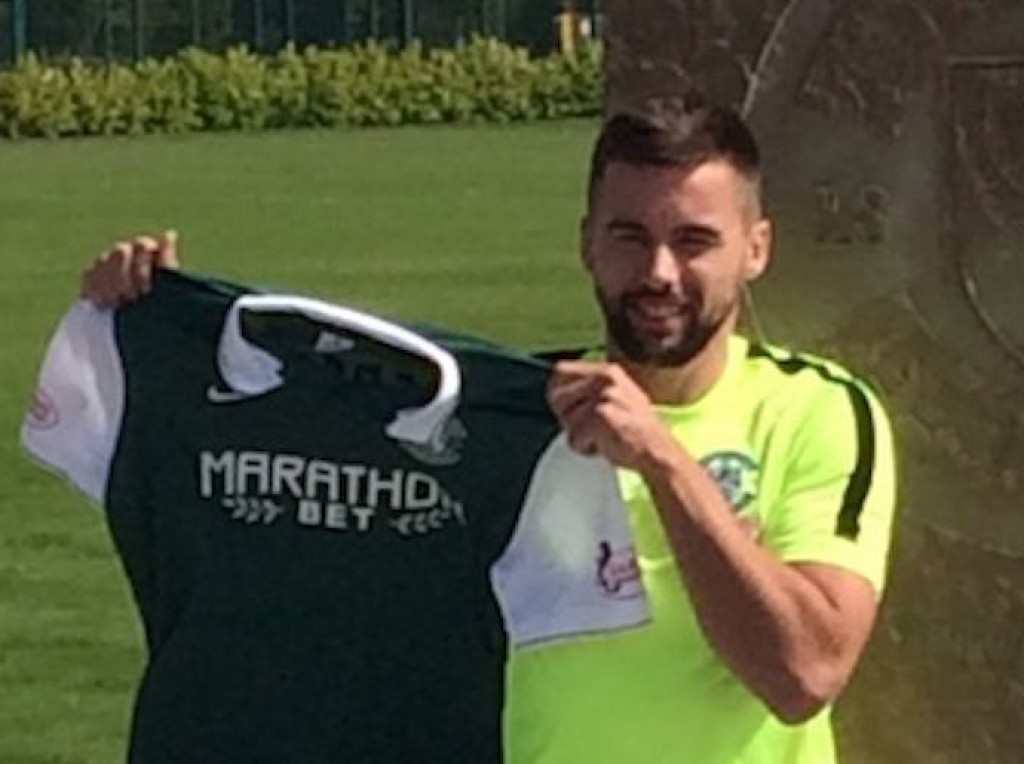 Indeed, Darren McGregor has not lost to the Jambos since joining his boyhood heroes from Rangers in 2015. That is a record he cherishes but, having endured periods in which Hearts ruled the city, is circumspect enough to realise will be redressed at some point.

So, he has no desire to get caught up in the hype of arbitrary records and will instead focus on the far more tangible quest to reclaim the Scottish Cup.

“That would be 10 unbeaten so, if you isolate that, it is a significant enough achievement,” said McGregor. “But I don’t think that is really worth getting that excited about or celebrating. It is swings and roundabouts and I’m sure that in the near future, it will go for Hearts and they will get a couple of victories over us.

“I’m not going to say that we will never get beat by Hearts again – let’s be honest, it is going to happen some time. We are on a decent enough run at the minute but the games have been close so we are not taking anything for granted.

“When you look back in history Hearts have always had the better of Hibs but in recent past we have acquitted ourselves well. Over the past three years, in the time I have been here, we have not been beaten so that is maybe a good omen.

“We will go into this one with the same mindset we have approached the ones before and if it ends up like previous games then it will be a draw and we will take them back to Easter Road and win there!”

Indeed, that is exactly what happened on the road to Hampden in 2016 when, having drawn 2-2 at Tynecastle, Hibs won the replay at Easter Road before despatching Inverness, Dundee United and Rangers to end their 114-year wait to lift the trophy.

McGregor could be forgiven for approaching the competition with a degree of relaxation after that. After all, his status as a legend is assured.

“You could look at it like that, but personally I don’t,” he continued. “The fans can now say that we have won the Cup, but as players every game is still just as important. This game is just as important as the one two years ago.

“Then, just like now, we just wanted to win and those demands are still there. The fans still want a victory and they are not going to accept us getting beat just because we won the cup two years ago.”

And Hibs will readily push, kick and scrap if that is what is needed to combat a no-nonsense Hearts side which Neil Lennon accused of trying to ‘kick us off the park’ during the stalemate between the sides in December.

“I remember very well that Hearts were always the team that was the more physical and Hibs were the better footballing side,” continued McGregor. “But I think we have done a lot to disprove that.

The spotlight will undoubtedly fall on Steven Naismith as he makes his return to Scottish football at Tynecastle, with Hearts having completed the undeniable coup of capturing the forward on loan from Norwich for the remainder of the season.

That will perhaps allow Hibs’ own attacking debutant to slip somewhat under the radar, nevertheless McGregor believes they have a potential match-winner of their own in Australia internationalist Jamie Maclaren.

“I think Jamie will relish the occasion,” added McGregor. “He has experience of the Australian top league, Germany and has a bit of experience. He will add quality and competition to the strikers.

“He is quite pacey and looks like he can finish so it is another good addition.

“He is keen to get to the World Cup – well this is a chance to impress, on TV at 2.05pm and I’m sure he will have the bit between his teeth. He will know the significance of it.

“He has all the motivation to go out there and prove himself on a big stage, in front of 18,000 fans who are baying for blood. What more could he ask for?”