A SPORTS presenter has been trolled by filthy-minded social media users after posting a sweet birthday message to his mum.

Journalist Jake Humphrey, 39, posted a picture of himself and retired teacher mum Liz sipping on champagne to Twitter with the caption: “69 today! Love ya Mum.”

Social media users couldn’t resist making smutty jokes at the BT Sports presenter’s expense – and pointing out he could have used better “phrasing”. 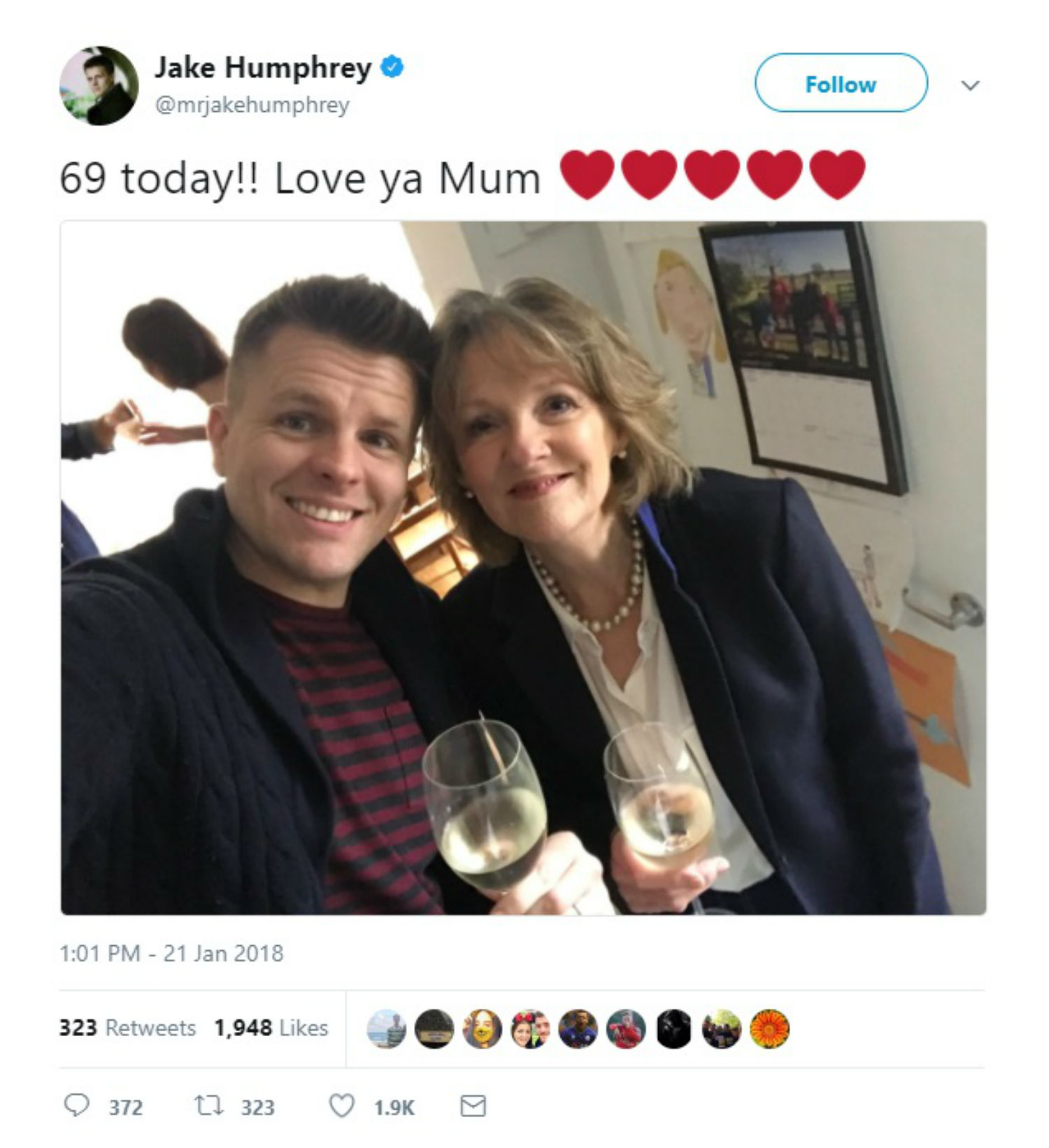 Jake, who presents the channel’s Premier League football coverage, has had over 1,900 likes since it was posted yesterday (JAN 21).

Social media users took great delight in sharing gifs mocking the presenter in the comments section – from Lloyd Christmas in Dumb and Dumber gagging, to a variety expressing disgust or crude giggling.

One social media user also shared a gif of American cartoon spy Archer, with the caption: “Hahahahaha phrasing”, while another of an open mouthed Kenneth Williams from Carry On captured the mood.

Other users had mixed reactions to the tweet, but mainly mocked the presenter.

The Gaz BEwing said: “Incest… fun for all the family.”

Joe said: “Bit strange, Maybe you should just buy her a cake and a gift instead Jake?” 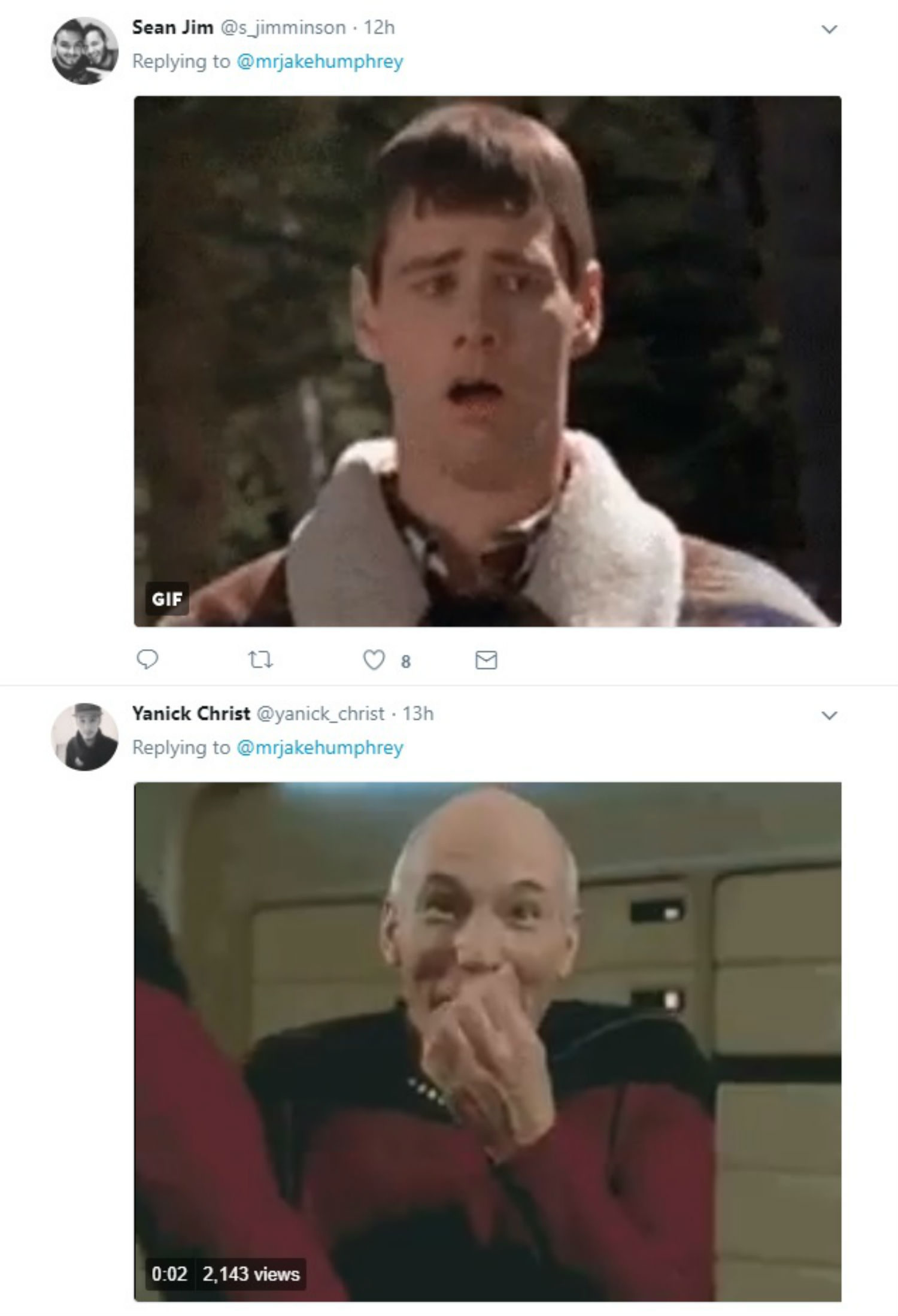 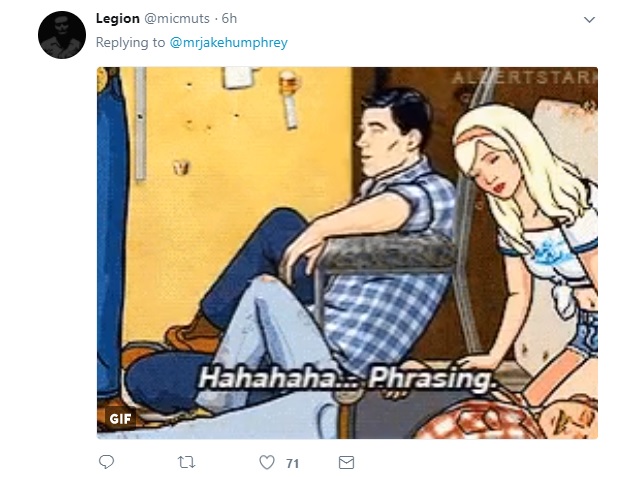 And Josh lamented: “What have you done Jake.”

My.name.is.ian commented: “You maybe want to watch the wording of your tweet Jake.”