The BBC Scotland presenter, who lives with her husband and three children, is in a “silent battle” over who changes the toilet paper.

The 49-year-old recently posted a photograph of a new roll of toilet roll sitting on top of the holder – which still holds the brown cardboard insert. 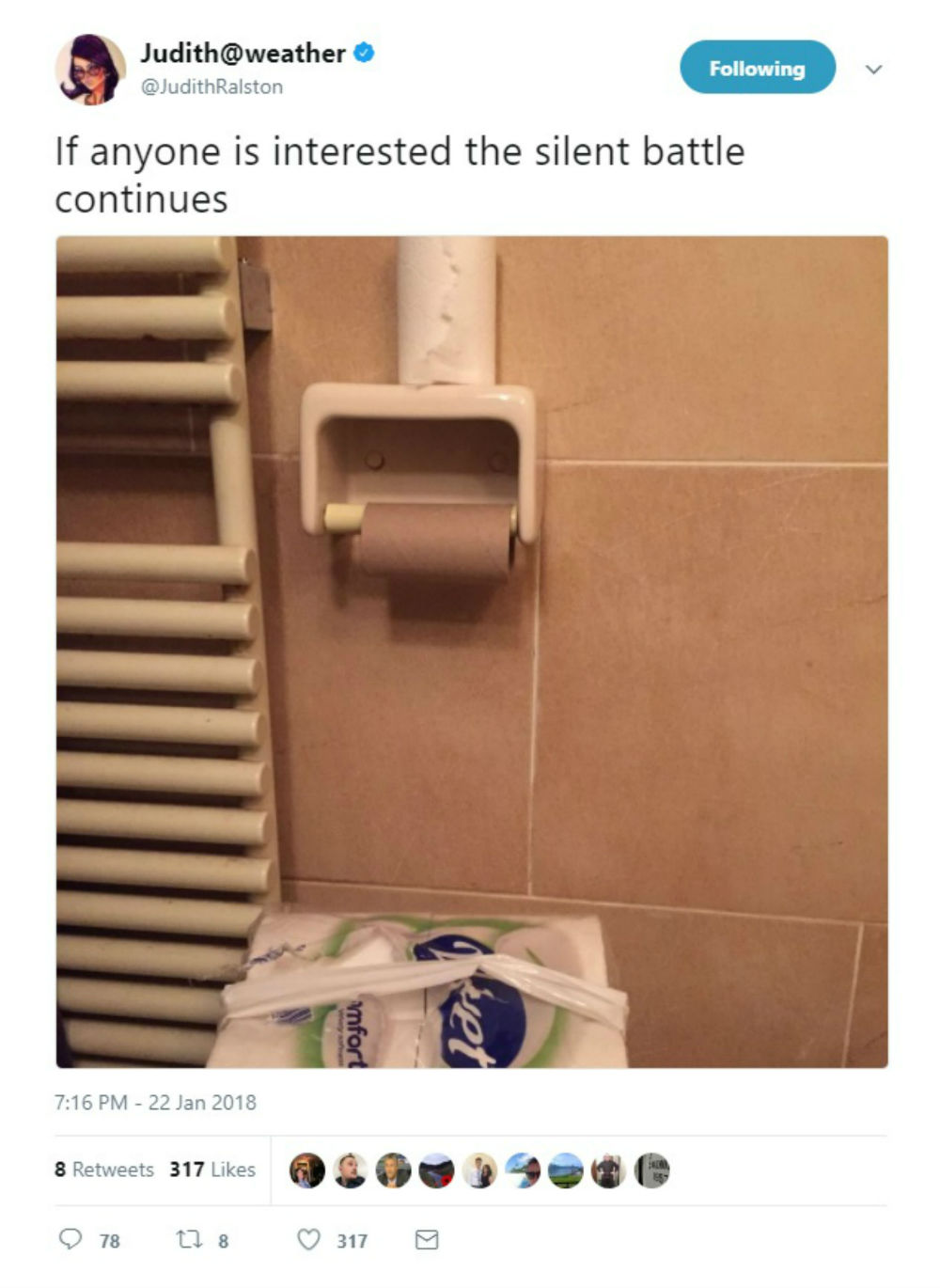 She wrote, apparently referring to husband Fraser: “Let’s see how long it takes for him indoors to change it. Anyone identify with this?”

The weather presenter then posted a follow up picture today showing a now much -depleted loo roll sitting on top of the holder.

The cardboard insert is still in place but this time there’s a multipack of toilet paper in the frame. 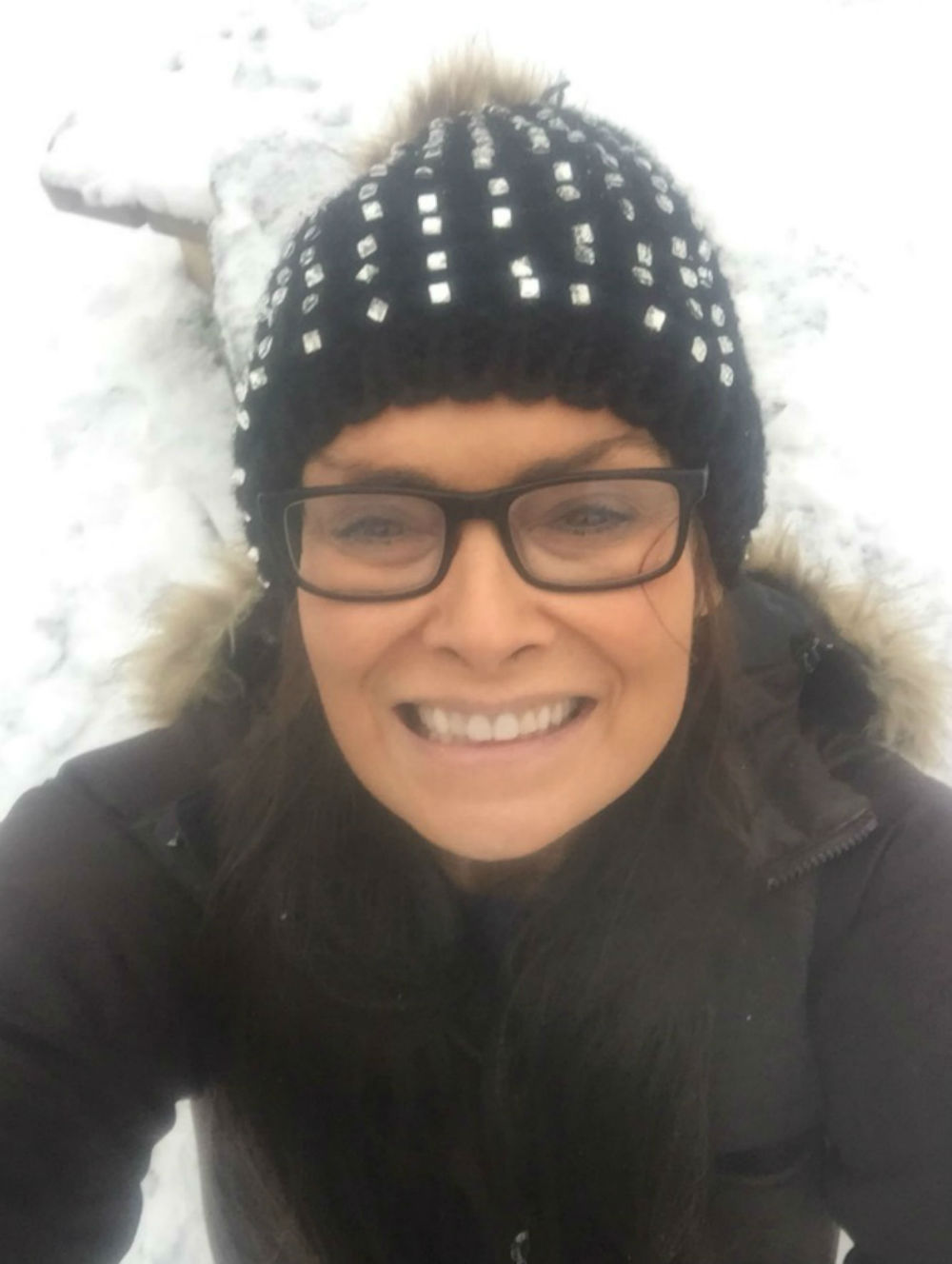 Judith’s bog battle is a familiar one which goes on in homes across the country, and many social media users were quick to jump in on the debate.

Jane McCarry, who plays Isa in Still Game, said: “Judith, give up. That’s my advice. I’m the only female in my house and the only one that listens and comes when I call is the dog. I now save my breath to cool my soup.” 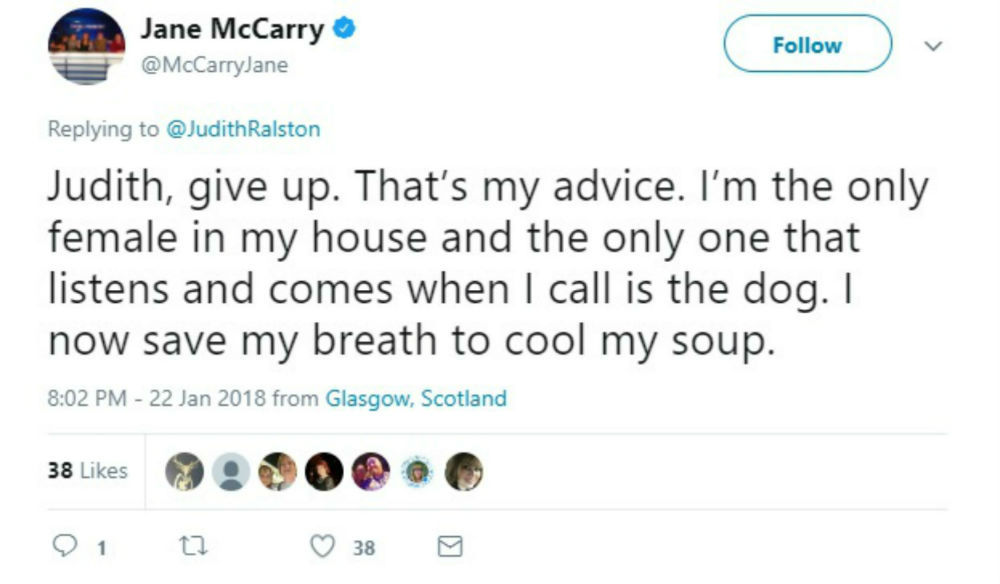 Steven Wood added: “I used to have this battle continually, many discussions fruitless discussions, eventually I just got divorced, not been a problem since.”

While user Fee said: “Stay strong. Do not falter. Stand your ground.”

Steven McCue joked: “I think you should work a subtle hint into your next weather report and shame him in front of the nation.”

Audrey commented: “Judith it’ll never happen, I talk from experience with three sons. It just gets worse. I’ve got the T shirt.”

While Linda Gemmell suggested getting revenge. She said: “Keep strong, let the lioness instinct kick in. It’s a waiting game. Wait until he gets the bum squirts then pounce.

“Then remove all rolls. He’ll yell like a banshee…. lesson learned.”

Karen had a similar plan. She said: “You know what to do. Take that multi pack and hide it. They’ll all rally round when that roll runs out.”