‘I think they are a better team than Hearts, they try to play football’ – Faycal Rherras delighted to join Hibs

The Moroccan internationalist spent last season with Hearts but joined Hibs at the weekend in a surprise loan switch from Mechelen in Belgium.

Signed by Robbie Neilson in 2016, the 24-year-old remains bemused by the way his Tynecastle stint subsequently fizzled out under Ian Cathro before he was released in the summer. 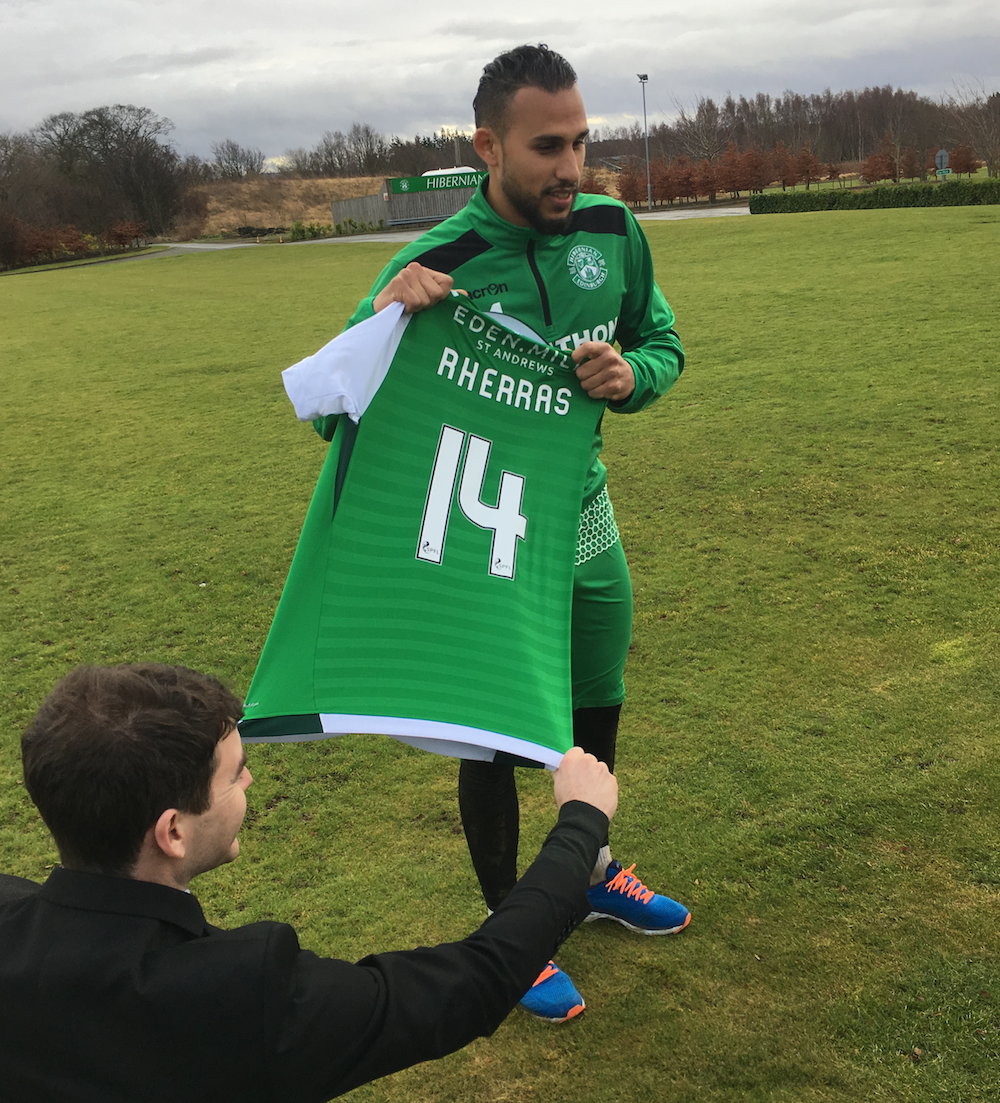 However, despite Sunday’s Scottish Cup defeat to his old side, the full-back is convinced he has now joined the best team in Edinburgh as he prepares for a possible debut against Dundee on Wednesday night.

He said: “Yes, I am surprised to be back in Edinburgh, but I am very happy to sign for Hibs.

“I like the city, first of all, and Hibs are a big club with a good coach and I believe that coming here I will progress under Neil Lennon.

“I don’t know why I wasn’t playing, that’s the problem. Every time I wanted to speak with him, he didn’t want to speak with me, so eventually I just thought ‘let’s forget this’.

“Of course it makes me more determined to do well for Hibs.

“It is different from Hearts. It is a different system than with Hearts last year. This team try to play football and I like this better. The long ball is not my game.”

Just as on Sunday for Hibs, Rherras was a substitute when Hearts lost 3-1 at Easter Road in the cup last season and it was an experience the African admits left a lasting impression.

He added: “The derby is big and people do not think it is normal for a player like me to change sides. But I am a professional and I am concentrating on doing well for Hibs.

“I didn’t see the Hearts supporters’ reaction on Sunday, I was just focused on the Hibs fans, who were clapping me. They gave me an amazing reception and that made me very happy.

“I was very, very impressed with them in the derby last season. I was thinking ‘wow, what is this?’ because it was an amazing atmosphere – very, very, very amazing.

“When Jason Cummings scored the first goal I saw the way the fans reacted in the stands and after that I didn’t really see the game, I was too busy watching the Hibs supporters!”