A STUNNING image which shows a golden Robert the Bruce “floating” in the sky has gone viral.

Marisa (corr) Braithwaite captured the incredible photograph on Sunday while out sledging with her son Dylan, nine, and partner Graham Ritchie.

Using her Samsung mobile, the social care worker from Stirling took an impromptu snap of the snowbound Robert the Bruce statue at the Bannockburn Memorial.

Marisa did not spot the amazing visual effect at the time, but when looking back through the photographs, Graeme, 38, pointed out how the statue looked like it was “floating” through the sky.

The snowfall covering the base matched almost perfectly the sky, creating the impression of horse and rider floating. 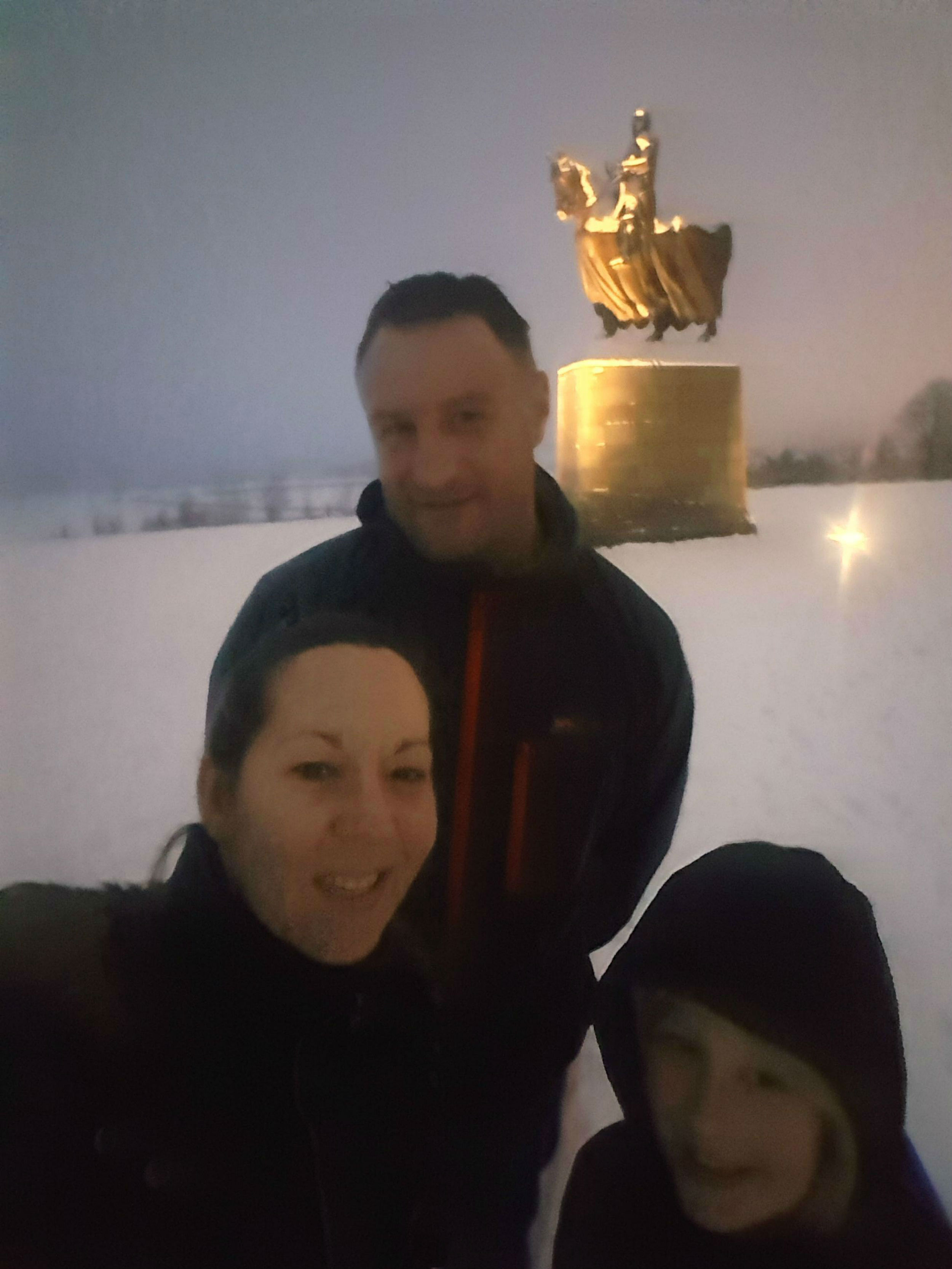 The lighting panels from the ground also make Bruce look like he has been encased in gold.

Marisa, 38, posted the image on Facebook and has attracted over 20,000 views with some viewers even claiming the snap was photoshopped.

Speaking today (thur) the mother-of-two said: “I can’t believe the reaction it’s had. I’m not a photographer and I do appreciate it was a lovely photograph but the reaction had just been incredible.

“I just can’t keep up with all the notifications and everything. Everyone kept saying it had been photoshopped but I don’t even know how to do that!

“Me, my son and my partner just decided to go sledging after seeing how much snow we had. I had been taking pics of Dylan sledging and then we noticed how nice the statue looked, all lit up. 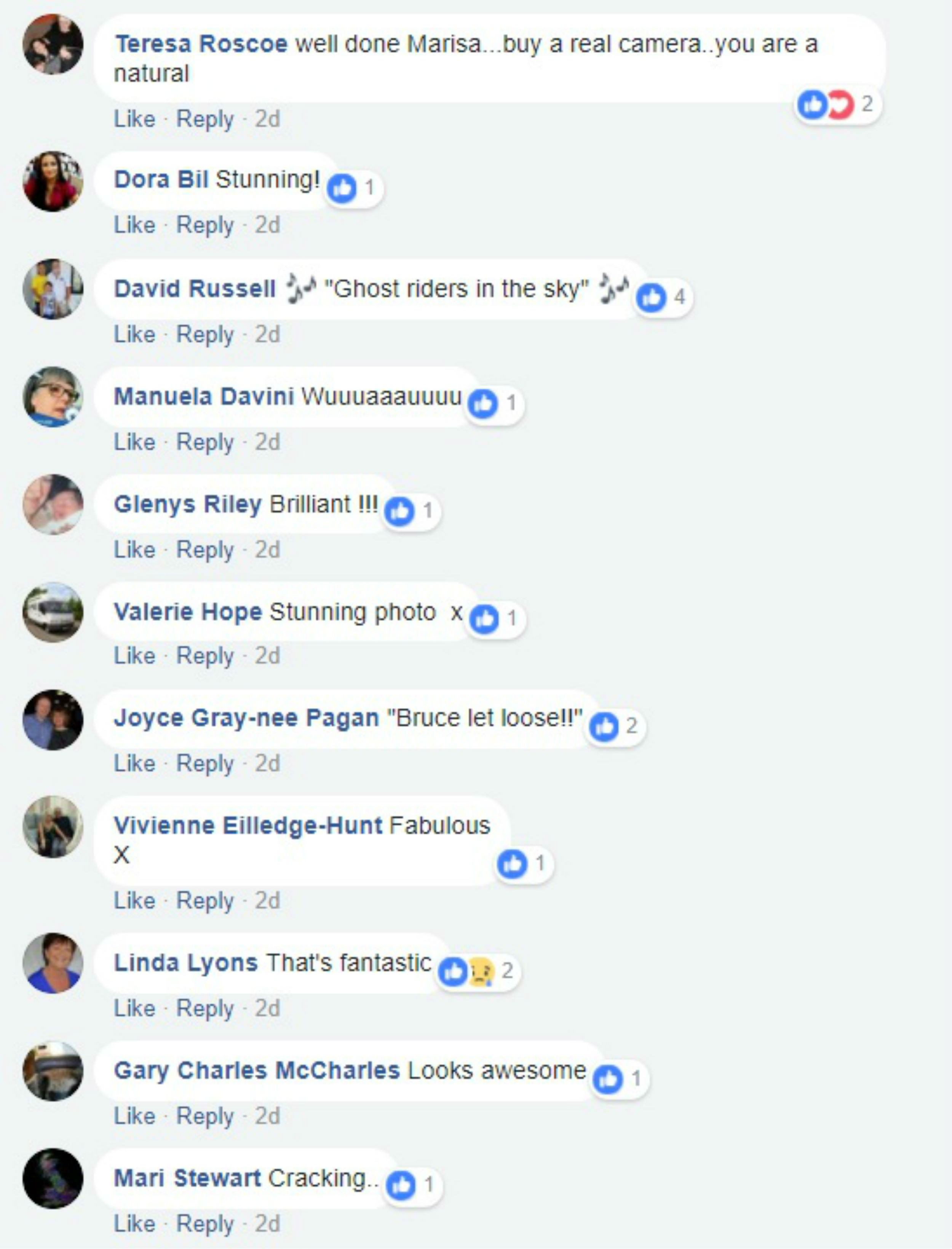 “I took a picture of my son in front of it and then one of it on it’s own then my partner said ‘Oh look, it looks like it’s floating!”

“I thought I would just put it on a Bannockburn page and next thing, boom, it just went mad. I kept getting all these notifications and ended up having to turn it off.

“I’m just totally overwhelmed by it. Someone contacted me from Newcastle who had shared it and said people from Canada have been saying they love it.”

“Every morning Dylan says ‘How many liked has it got now mum?’

“Last time I checked it had was around 20,000 but there’s been people sharing it in various pages too.”

The image has since attracted thousands of likes, re-shares and comments from impressed social media users.

Glen Beaton said: “Truly brilliant I love shots that just appear for you to take and not set up. Well done on this amazing capture probably my favourite of the year so far.”

Rita Rivendell wrote: “Wow, do you see the white aura like cloud behind him?

“This is truly amazing.”

Amber Rose said: “It looks like something out of the old film Bedknobs and Broomsticks!”

Norah Fennessy wrote: “Awesome, makes you proud to be a Scot. Well done!”

And Jacqueline Hill said: “Looks like he’s rising up ready to go!.”