MCDONALD’S have apologised after a horrified customer found what she thought were “chicken toes” in her McNuggets.

Melissa Clowes from Belshill, North Lanarkshire, made the disturbing discovery on New Year’s Eve when she visited her local fast food restaurant.

Inside one of the nuggets was a hard object which looked remarkably like a toe.

The 16-year-old took snaps of the hideous discovery and sent them to McDonald’s. 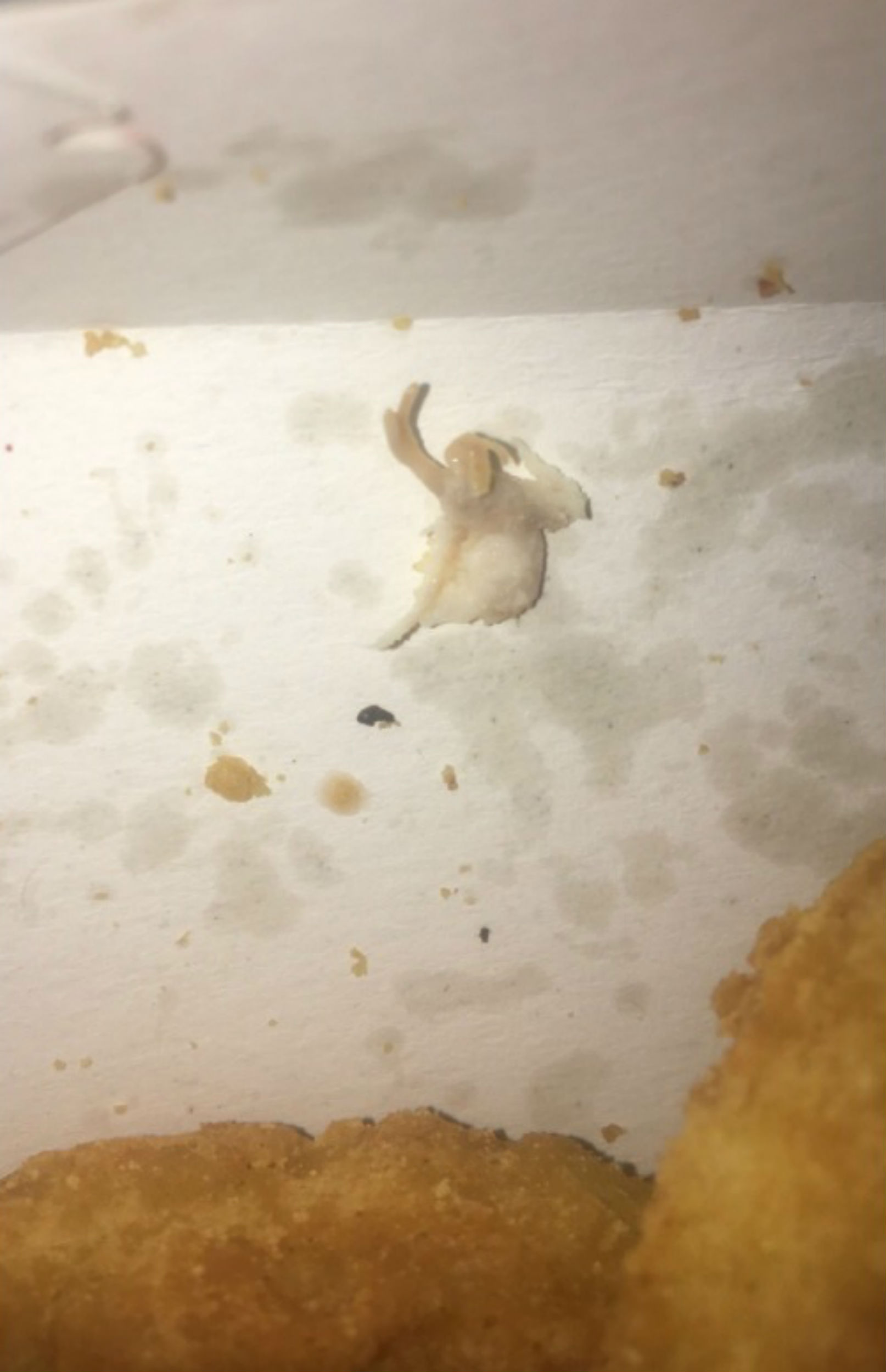 The fast food chain launched an investigation and apologised to Melissa – later claiming what she found was actually a blood vessel.

But the teen said she is unhappy with the response and feels that she should have been compensated for her ordeal.

Speaking today (fri), Melissa said: “I found what looks like the chicken foot. I was in shock and felt literally so sick.

“McDonald’s then said they weren’t giving any compensation or taking it any further as no one was hurt.

“They’ve been no help at all.” 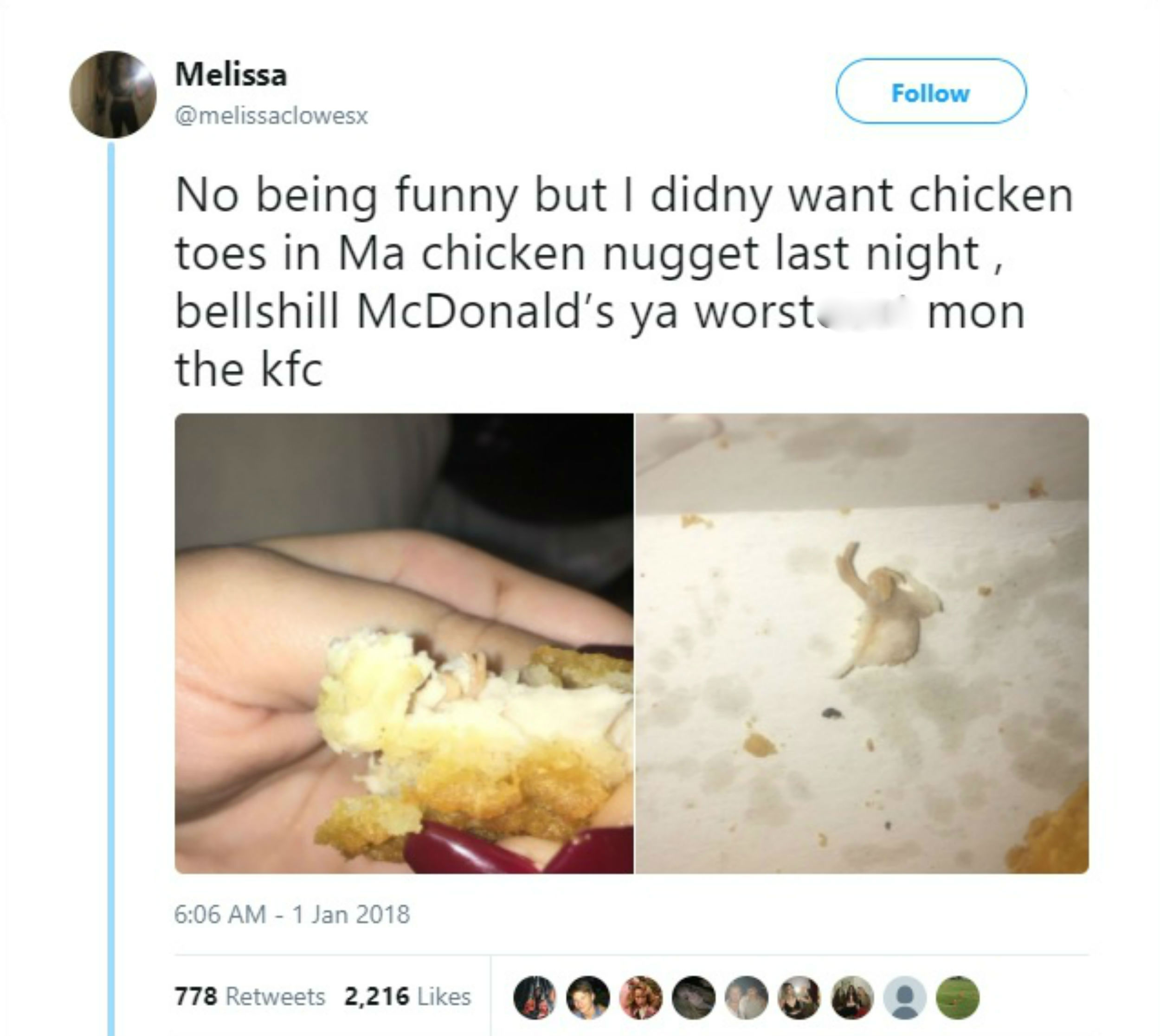 One photo Melissa shared shows the “toes” sticking out from the middle of a nugget.

Another image shows gruesome discovery after she pulled it away from the nugget – appearing to show two feet.

She posted the images to Twitter and implied that she would be using a rival chain in the future.

The 16-year-old said: “No being funny but I didnae want chicken toes in my chicken nugget last night. Bellshill McDonalds ya worst c***. Mon the KFC.”

Users were in a frenzy and replied to the post to express their disgust.

One said: “Well I’m sure McDonalds claim that their chicken nuggets are made from 100% chicken breast. Sounds like that’s a load of BS.”

Kate Olivia said: “You’ve just put me off it for life.”

However, not everyone was put off by the grisly nugget.

Jorja Bradley said: “When people are shocked finding pieces of chicken in their chicken.”

Another added: “Makes it worse that I’ll never stop eating them.”

A McDonald’s spokeswoman has said that they said sorry to the teen but do not think the offending object was a chicken foot.

She said: “As soon as we were made aware of this by Ms Clowes we apologised and launched an investigation.

“This concluded that the item in question was a blood vessel, which naturally occurs within the chicken breast fillet, rather than a chicken toe or foot as was alleged, and this has been communicated to Ms Clowes.

“Food safety is our highest priority and both our restaurants and our suppliers place great emphasis on quality control and follow rigorous standards in order to avoid imperfections in our products.”

Consumer and public health group US PIRG Education Fund have recently called on McDonald’s to remove antibiotics from their beef and pork, amid warnings that the practice fuels dangerous drug-resistant superbug infections in people.