A BIZARRE video captured the moment a daredevil set a Dorito on fire – and then ate it.

Tradesman Kerr McGouldrick is seen gurning and writhing in pain – as well as letting out a comical puff of smoke – as he manfully completes the task.

The 23-year-old decided to entertain his friends and challenged himself to eat the flaming Dorito.

Kerr, from Dunfermline, Fife can be seen setting the tortilla chip on fire on a red candle while sat at a table drinking Tennents.

As Justin Bieber plays in the background, another male can be heard saying: “Aw mind we better open the door, it stinks”.

When the Dorito finally catches light Kerr then sticks his tongue out before throwing the Dorito in his mouth.

During this his mates can be heard erupting into laughing and egging him on shouting “Go, go!”

Hilariously, Kerr is then shown wriggling around in his chair while crunching down on the crisp with his teeth.

A small puff of smoke is then shown coming from his mouth as the flame is finally put out. 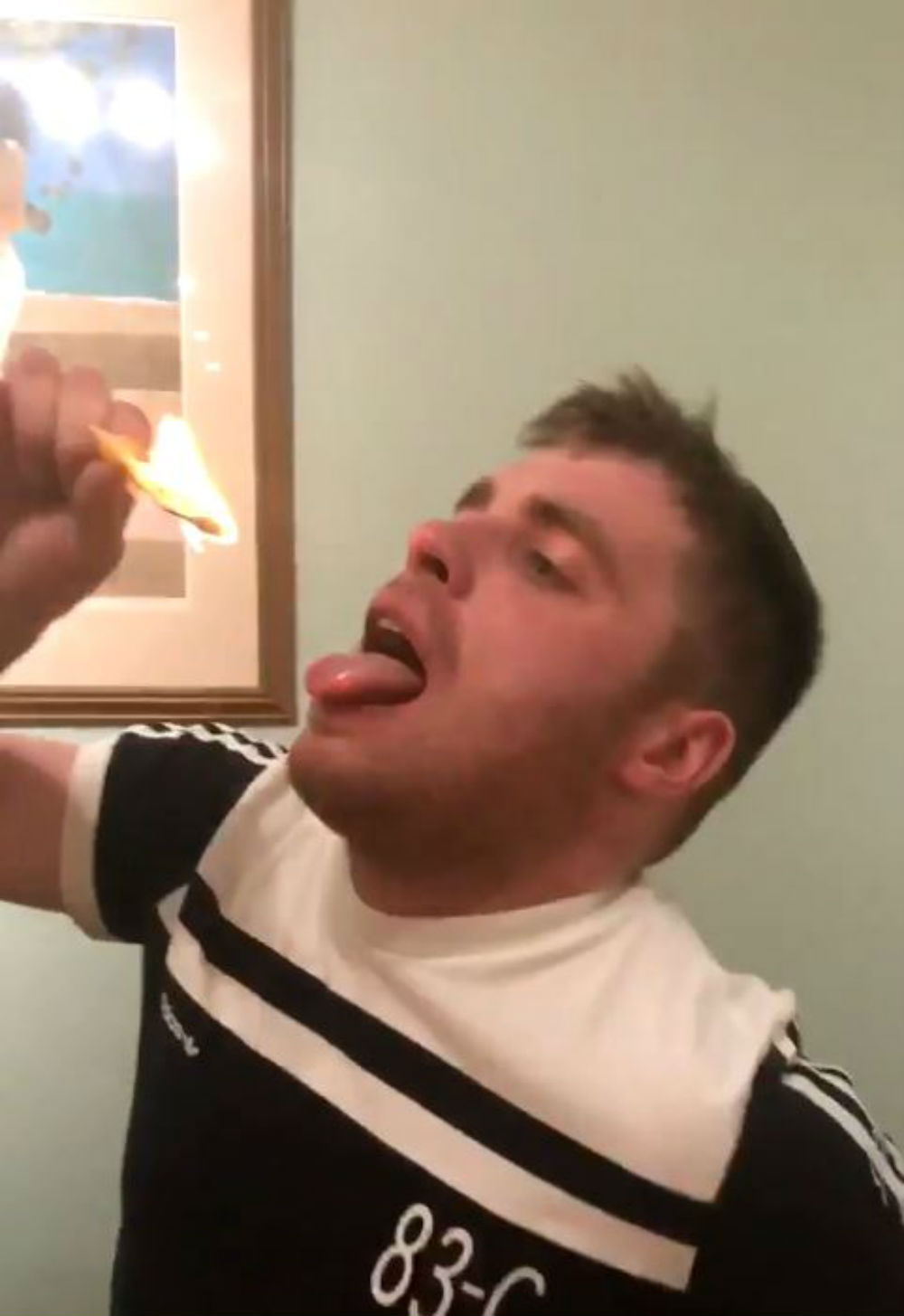 Speaking today, Kenzie, 21, who filmed the footage, said: “He loves the attention. It was his his idea to do it.

“We were just having a quiet few cans of dirty dark fruit (cider) in his house to close off the Christmas bender at the time.

“It’s about time he got a bit of recognition for his antics.”

Asked if Kerr had damaged his mouth or throat from his antics, Kenzie said: “Nah he’s too hard”.