A SCOT exploring Glasgow on Snapchat was quickly confronted with a bizarre video of a man popping his glass eye in his mouth.

Holly Stevenson was trawling through videos which were posted on the app on Sunday when she zoomed into St Vincent Street in Glasgow’s city centre.

While flicking through the short clips, she was shocked to discover a bizarre clip showing a reveller sticking out his tongue while positioning his fake eye in strange positions.

Heavy dance music can be heard in the background as the man, believed to be in his thirties, decides to grab the eye out from the socket after being egged on my a friend.

The party-goer then pops the eye into his mouth before rolling it around and licking it with his tongue.

He then places the eye back into place while dancing around and shaking his head while in a Scottish nightclub. 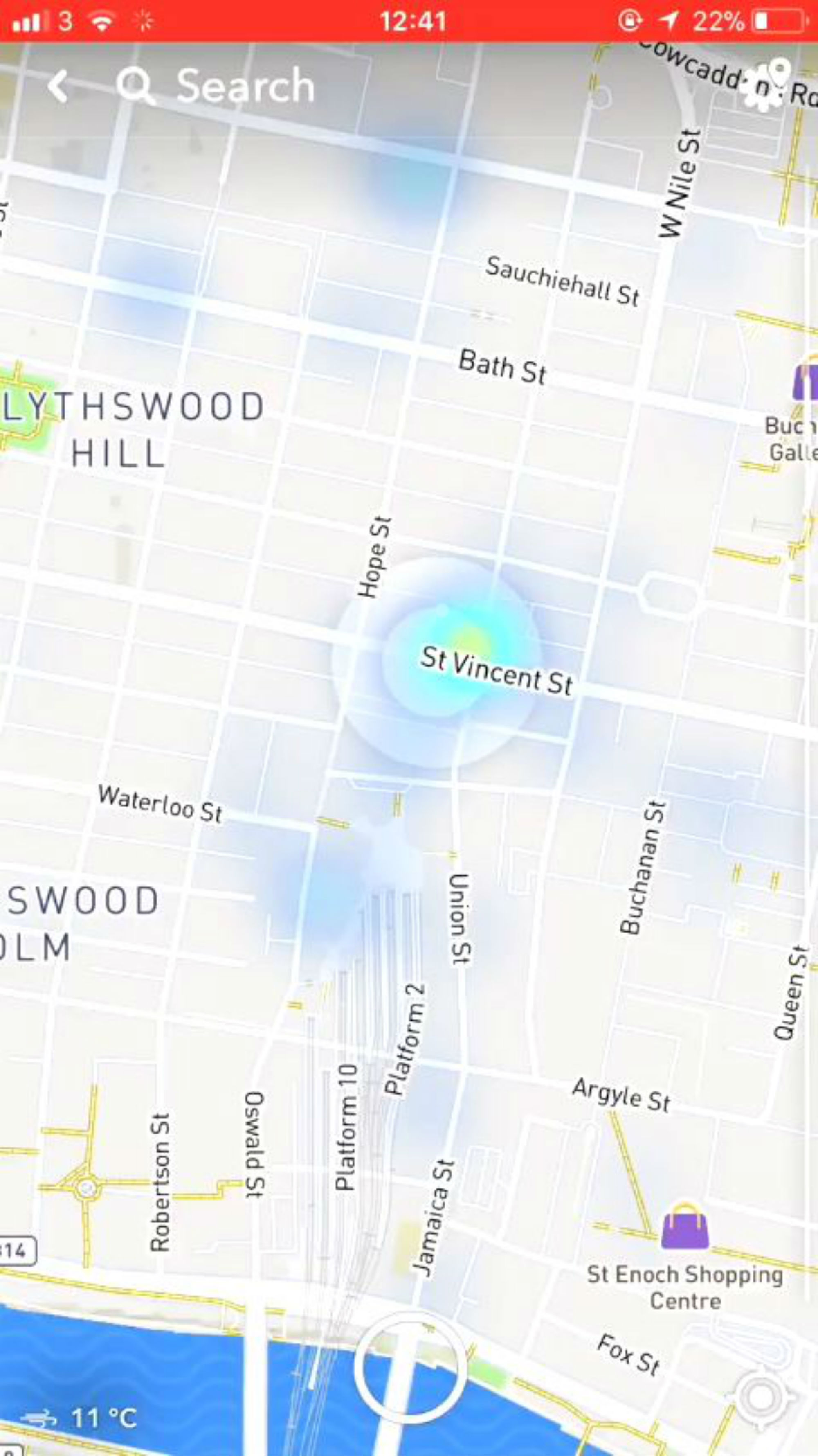 The video has since had almost 140,000 views and attracted hundreds of comments – with some viewers even asking if it was the man’s real eye.

Katie Carslaw said: “Omg what the f****, is that his actual eyeball?”

Ami Rodger wrote: “Omg, that was that Snapchat hahaha. What the f***.”

Katie Holman said: “Never felt so sick in my life

And Ciaran Henderson wrote: “Glasgow at its finest.”