A DISABLED teenager who battled for two weeks to survive sepsis awoke to discover thugs had stolen and wrecked his most treasured possession.

Then the boy from Wallyford, East Lothian, was struck down by blood poisoning that put him in intensive care and could have killed him.

Reece was “devastated” to be told shortly after he recovered that the bike had been stolen last weekend.

His mum, Kelly-Ann, 34, then had to given Reece even worse news after the bike was found burned out on a nearby beach. 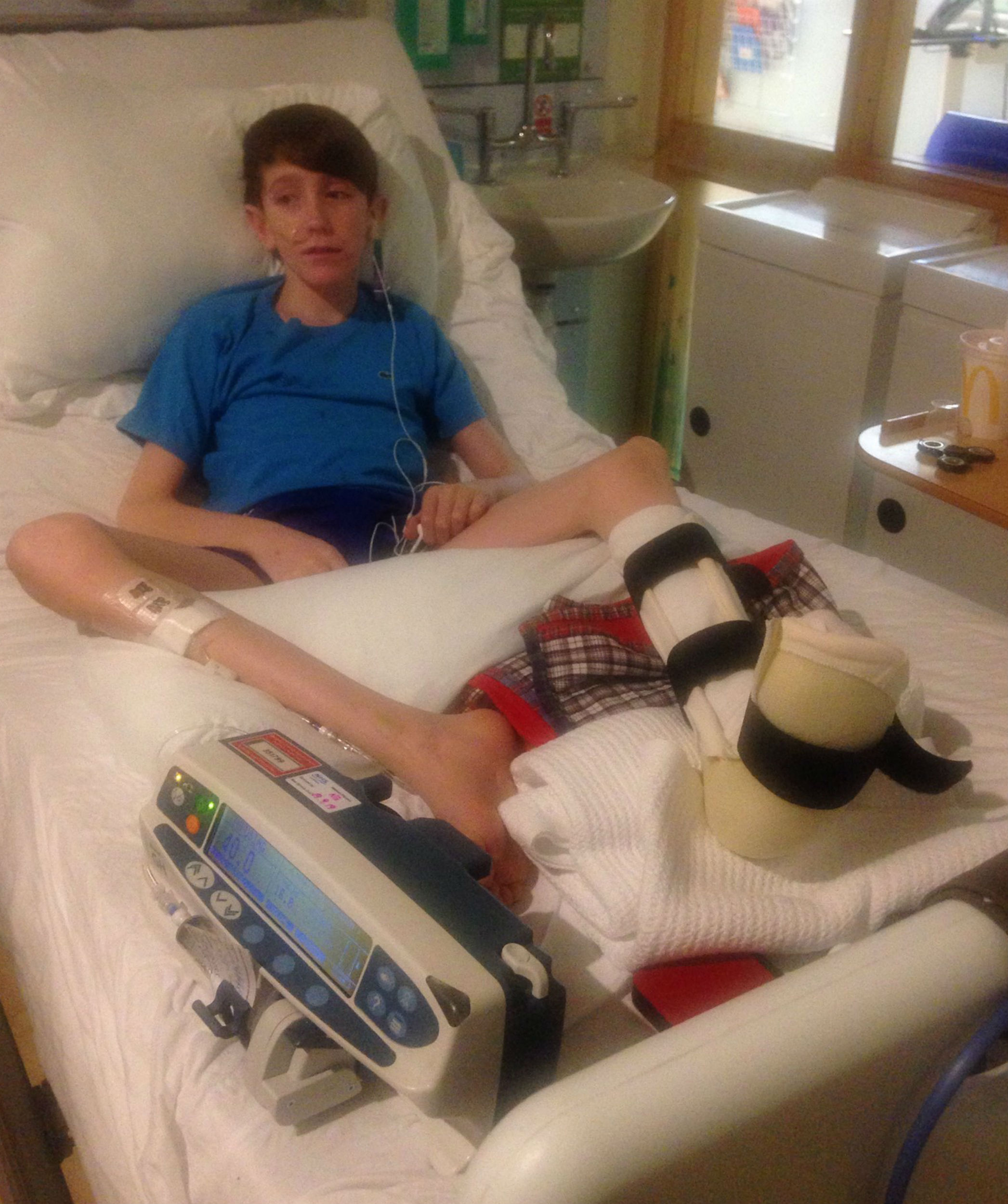 The Musselburgh Grammar School pupil first went into hospital on December 10 to have an infected bone in his foot removed.

He was released on Christmas Eve so he could enjoy the festivities with his family. But on January 11 it was discovered that he had the potentially life-threatening infection sepsis.

He went into septic shock and was rushed into intensive care where he spent 14 days fighting for his life.

Kelly-Ann received a call from partner Paul Ferguson on Sunday to tell her that her son’s Funbike 125 – bright green with a black trim – was missing from the shed.

Speaking today, Kelly-Ann, said: “It was very devastating for him. He woke in the morning and wanted to look at his phone but I told him ‘before you do that I’ve got bad news for you.’ 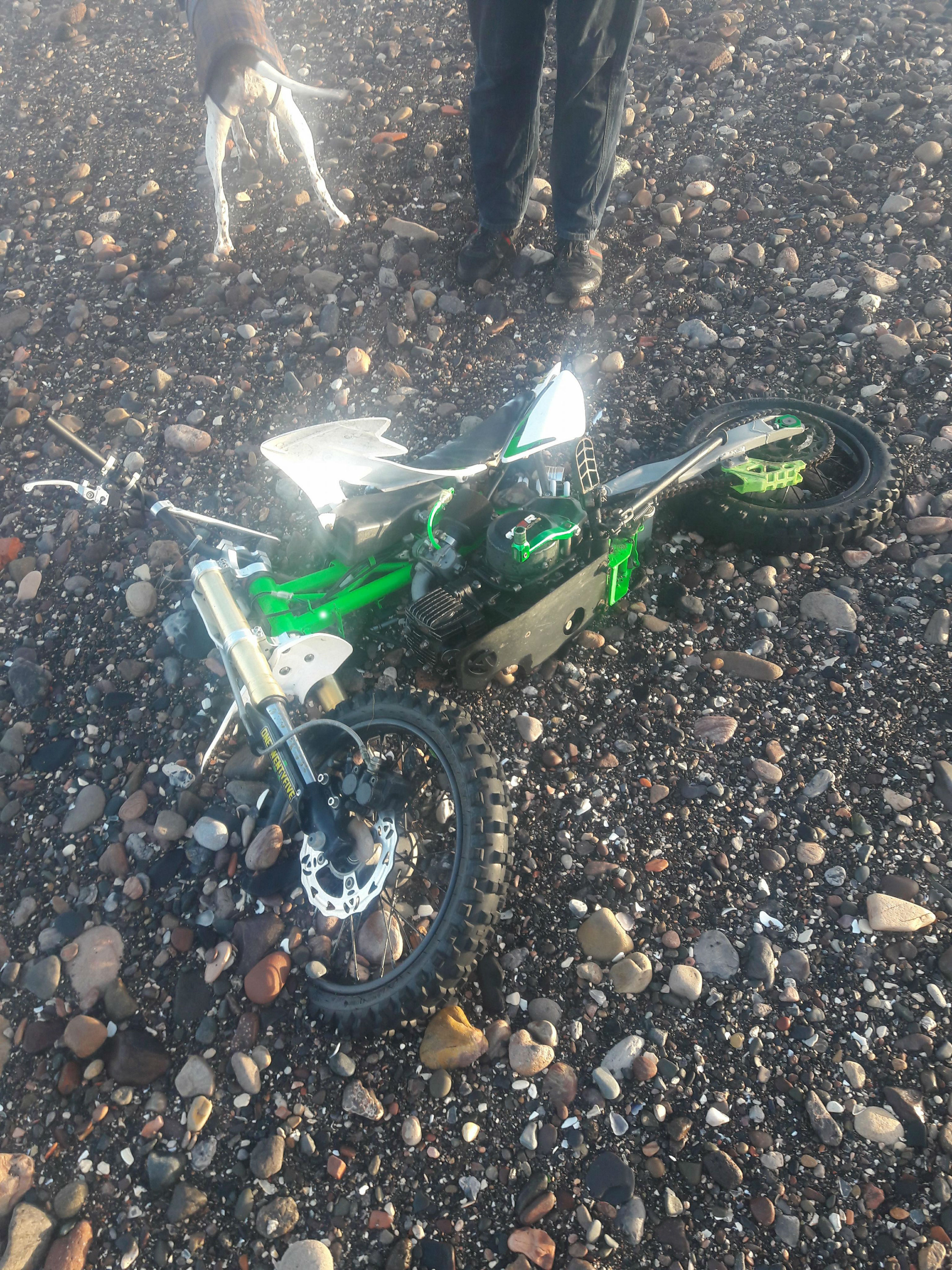 “As soon as I told him he burst out crying and asked ‘why would anyone take my bike?’”

“He had said the first thing he wanted to do when he got out was have a shot.”

Reece had saved up for two years, and used two years worth of birthday money to buy the bike for £850. His mum paid some more for parts and labour taking the total cost of the bike to around £1000.

He was left in tears again when the destroyed bike was found.

Kelly-Ann has now set up a crowdfunding page to try and raise money for a replacement bike for her son.

She said: “If anyone can help I know I would have one very happy little boy.”

Kelly-Ann revealed that had it not been for Reece visiting hospital for outpatient treatment, then the sepsis could have been fatal as it can be so easily mistaken for flu. For that reason she believes it is imperative that awareness of sepsis is spread.
She said: “We were so lucky because if it wasn’t for us being in hospital, I was told that he might not have woken up the next morning.
“I literally just thought he had the flu because the symptoms are flu-like. So I think it is hugely important that people are aware of the symptoms and what it can do.
“I didn’t know a lot about it but I’ve read a lot more into it now and it is definitely not nice. 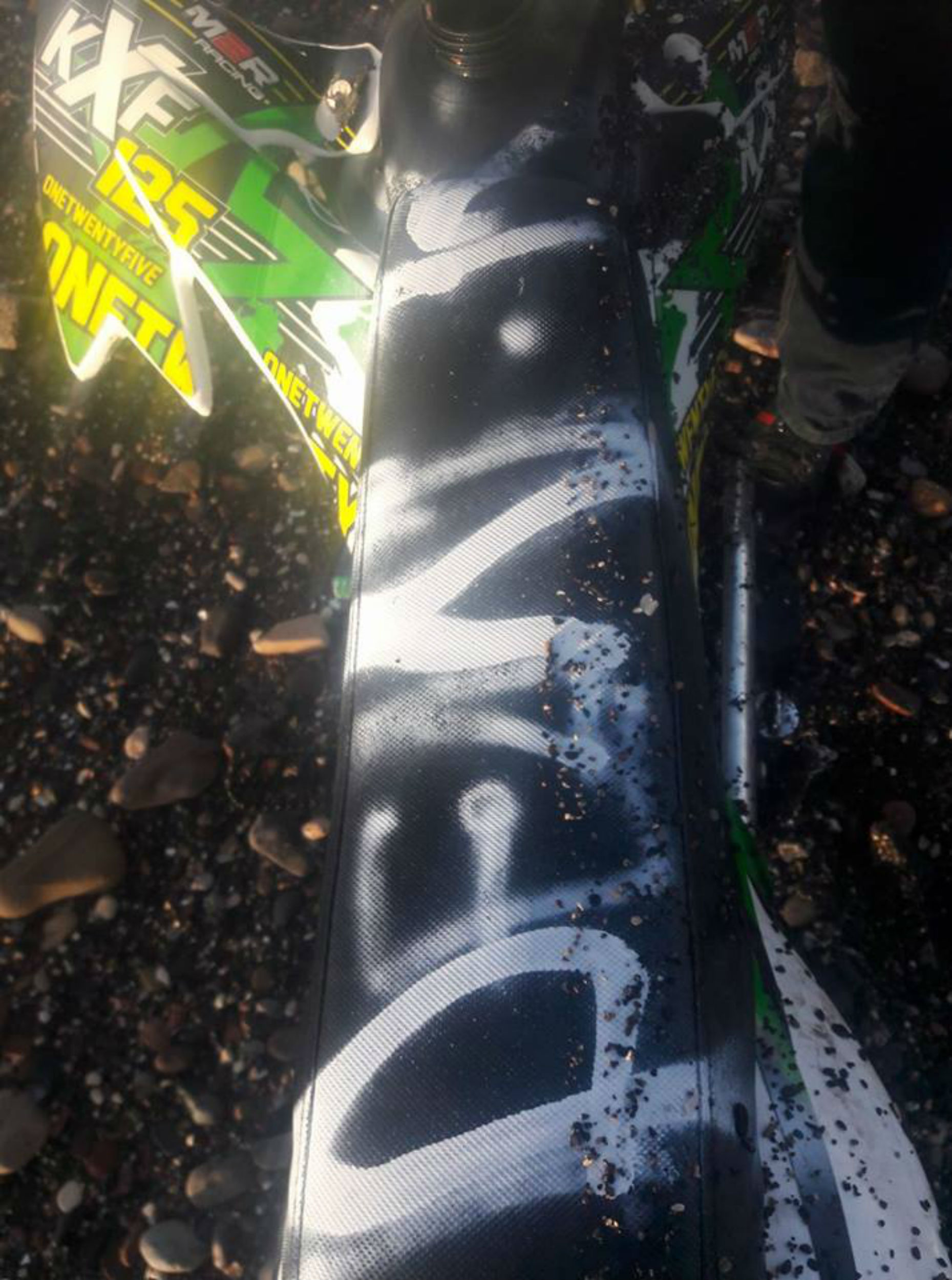 “It was absolutely horrible, I’m so glad he’s still here. I was numb for a good couple of days. I never left his bedside and my mum and sister were always there as well. As a family it was horrendous.
“They’ve got on top of it now. He’s antiobiotics four times a day and his bloods are improving.”
The 34-year-old mother also opened up about the anger she felt about people stealing her boy’s bike.
“It made me feel really disgusted that people can come into someone’s property and take their possessions and to leave it for scrap.
“My partner built the shed – he’s a joiner so it wasn’t just bog standard, but they’d taken the screws off the hinges. 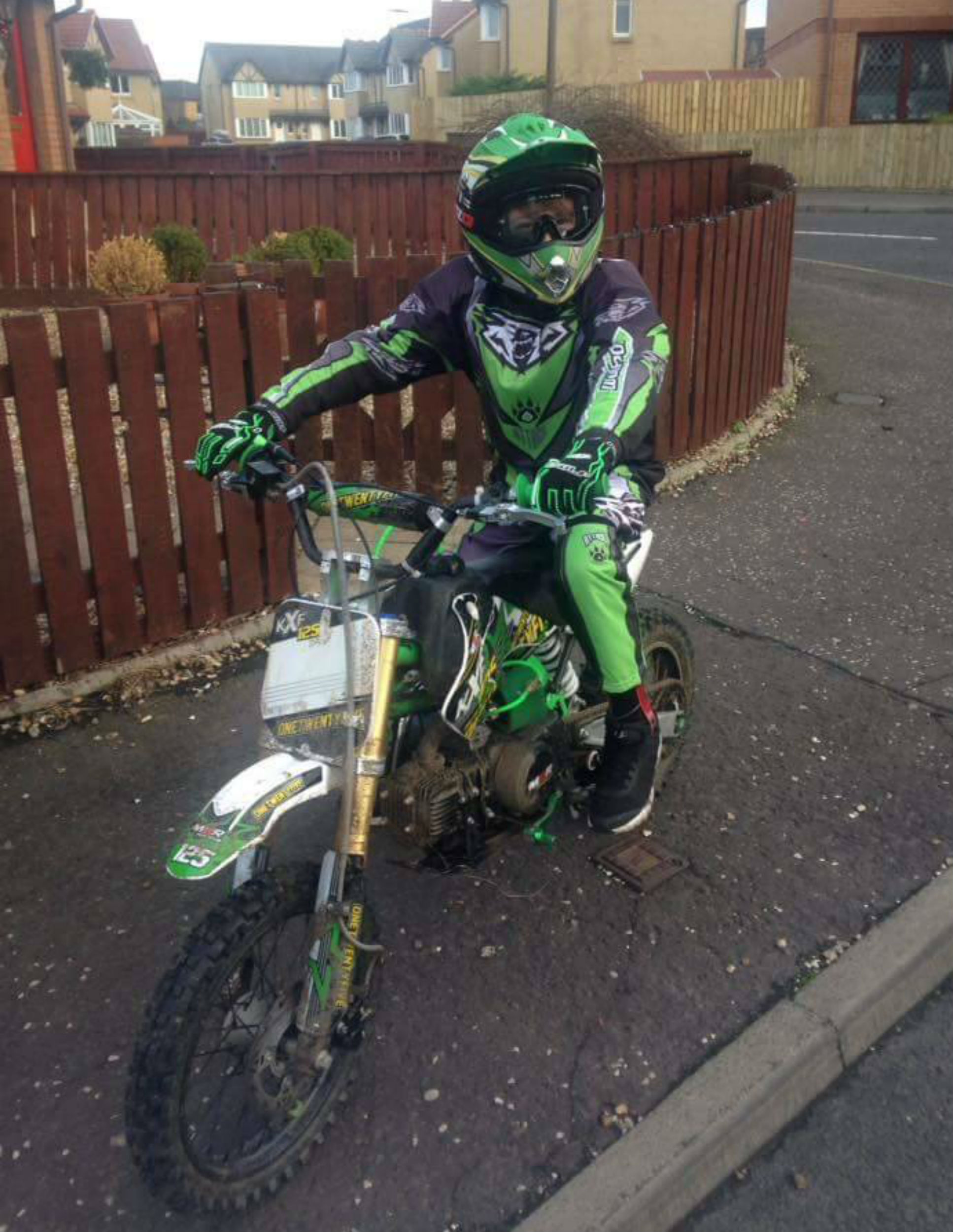 “If they’ve seen it in the local paper and thought they needed to get rid of it, then they could have left it somewhere. But they’ve left it for scrap.
“We’ve been given a few names that it could have been. We’re not certain but the names are people that Reece knows so it makes it even worse that they would know what he was going through.”

Police Scotland confirmed they were investigating the theft of the bike.