IF you think de-icing your car is bad, spare a thought for staff at one of Scotland’s leading ski resorts.

Dramatic footage shows a daredevil worker 30ft above the slopes using his gloved hands to try to shift a giant snowball that has seized up a lift tower.

And staff at Cairngorm Mountain near Aviemore had to repeat the process for all ten lifts on the 4,084ft (1245m) peak.

Earlier today the resort said they were experiencing temperatures of – 4 degrees.

Sharing the clip, they apologised to customers who had travelled through but were left unable to use the lifts until they were fixed.

They said: “Sorry for the delay on the top lifts, but the team have had their work cut out this morning.

“Check out the video clip, showing what has been getting done to every tower, haul rope and line sheave on the upper mountain. We hope to have the Ciste T Bar on shortly.” 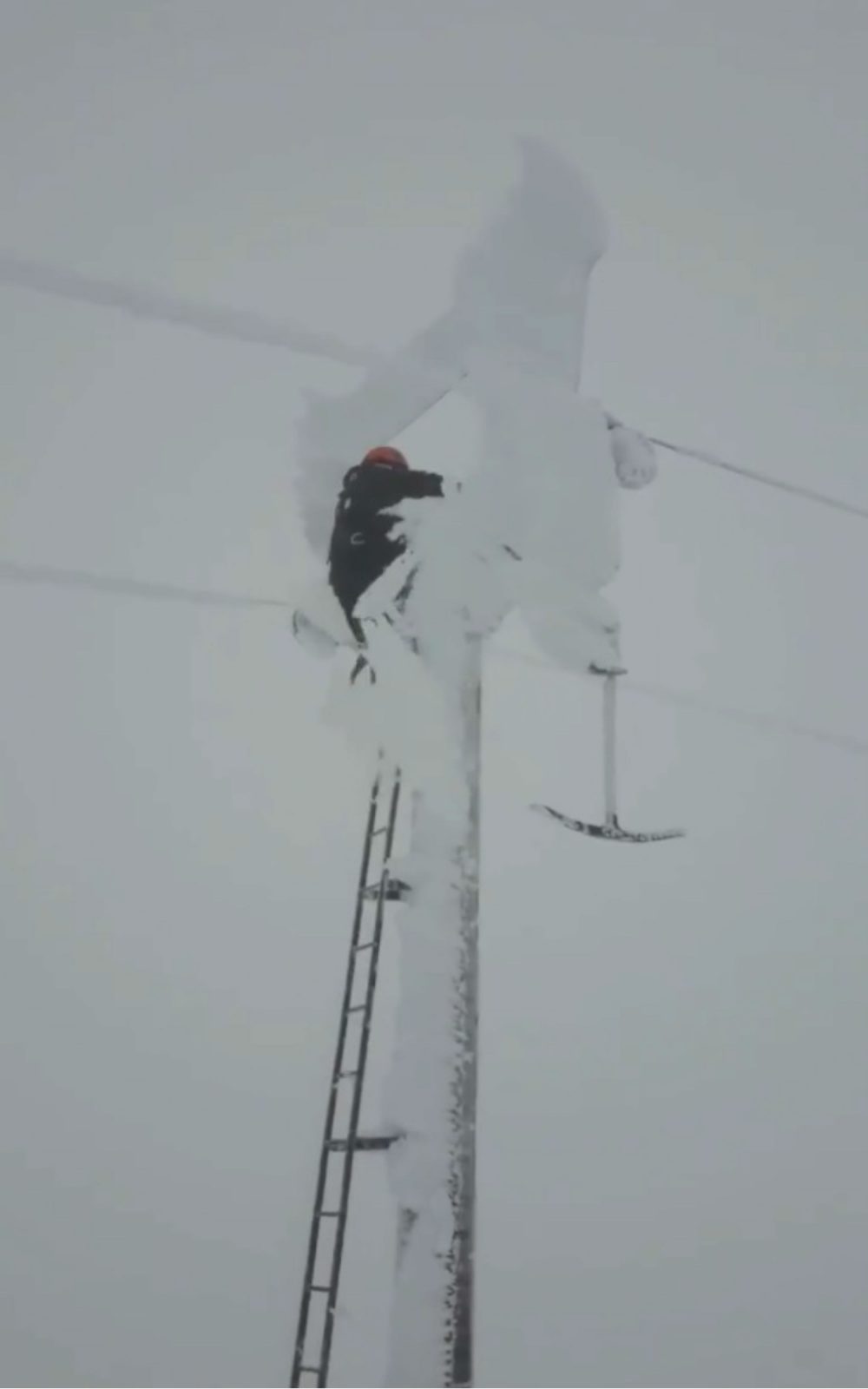 Dozens of ski fans took to the post to praise the workers for the lengths they go to.

Ruth Watson wrote: “And still some will complain about the delay, good for them to see what has to be done before they can play.”

Beth Guthrie said: “Look what they have to do to de-ice the lifts!”

While one social media user, Tony Hopkinson, left a less positive message, writing: “This is a disgrace. Why can’t you invest in heated uplift towers?”

Cairngorm Mountain operate ten lifts including the J Bar at 1,1000m in the ski and the Coire Cas T-bar at 1,000 metres high.