SAINSBURY’S is facing a customer backlash after a store displayed gay men’s magazines in the women’s section.

Carolyn Davison spotted the “offensive, rude and ignorant” placement in her local store and posted pictures online, prompting a storm of criticism.

Social media users accused the store, in Basingstoke, Hants, of living in the past and stooping to a new low.

Sainsbury’s today admitted the store in the Kempshott area of the town had somehow kept the signs while the rest of the chain had scrapped signs above magazines altogether. 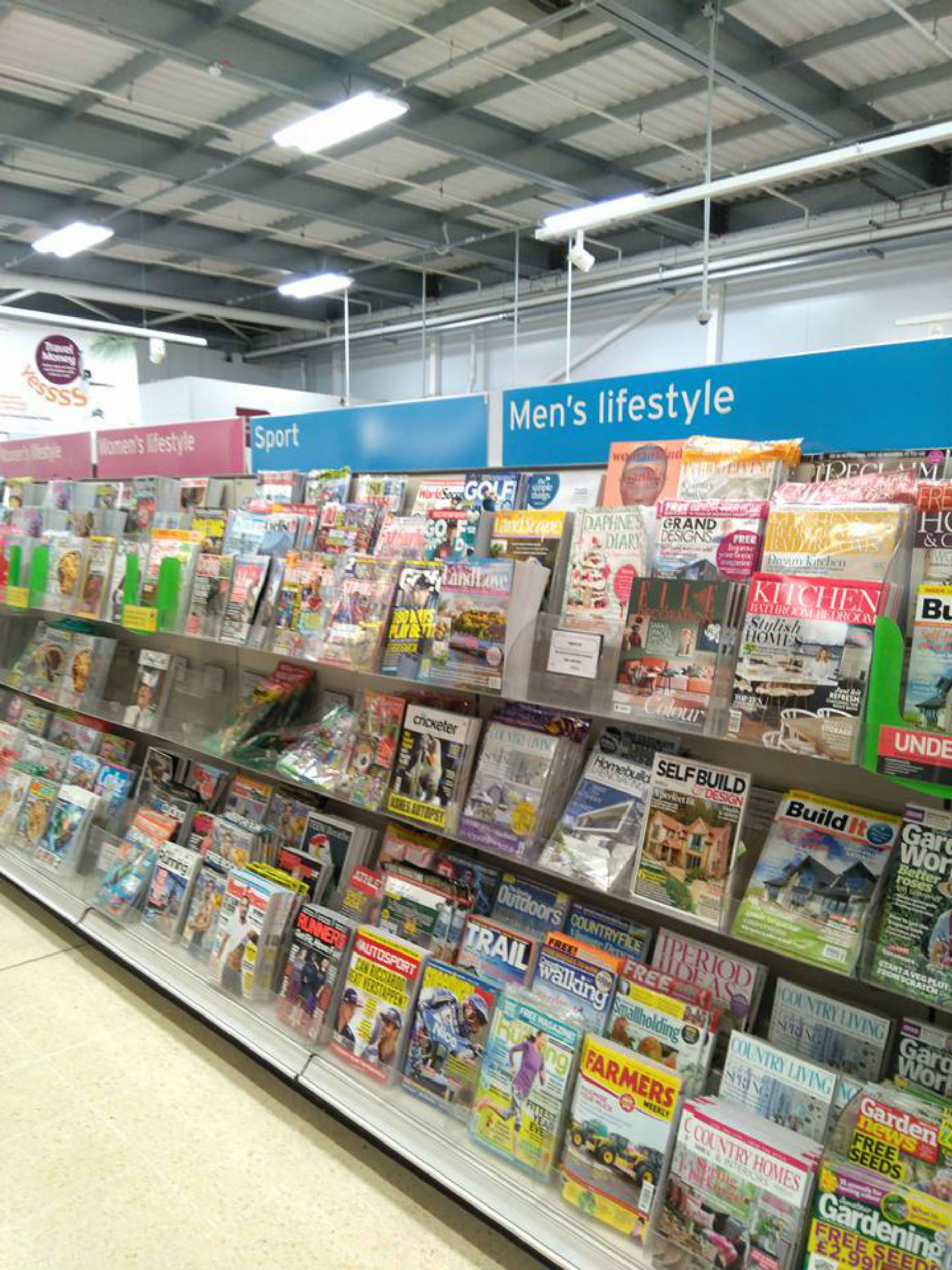 The other is a closer up look at the women’s lifestyle area, largely made up of cookery glossys.

However, also featured are ‘Gay Times’ and ‘Attitude’, another gay lifestyle magazine.

Posting them to Facebook, the 38-year-old wrote: “It’s bad enough Sainsbury’s thinking in this day and age that separating magazines by gender rather than topic is ok (apparently only women cook and only men garden. Who knew?!).

“But putting the men’s gay magazines under the ‘women’s’ section is… well, I struggle to pick the adjective that best describes it.

“Offensive. Rude. Ignorant. All of the above and then some. Not good enough, Sainsbury’s. #EqualityTrainingNeeded #EqualityAct #Sainsburys.” 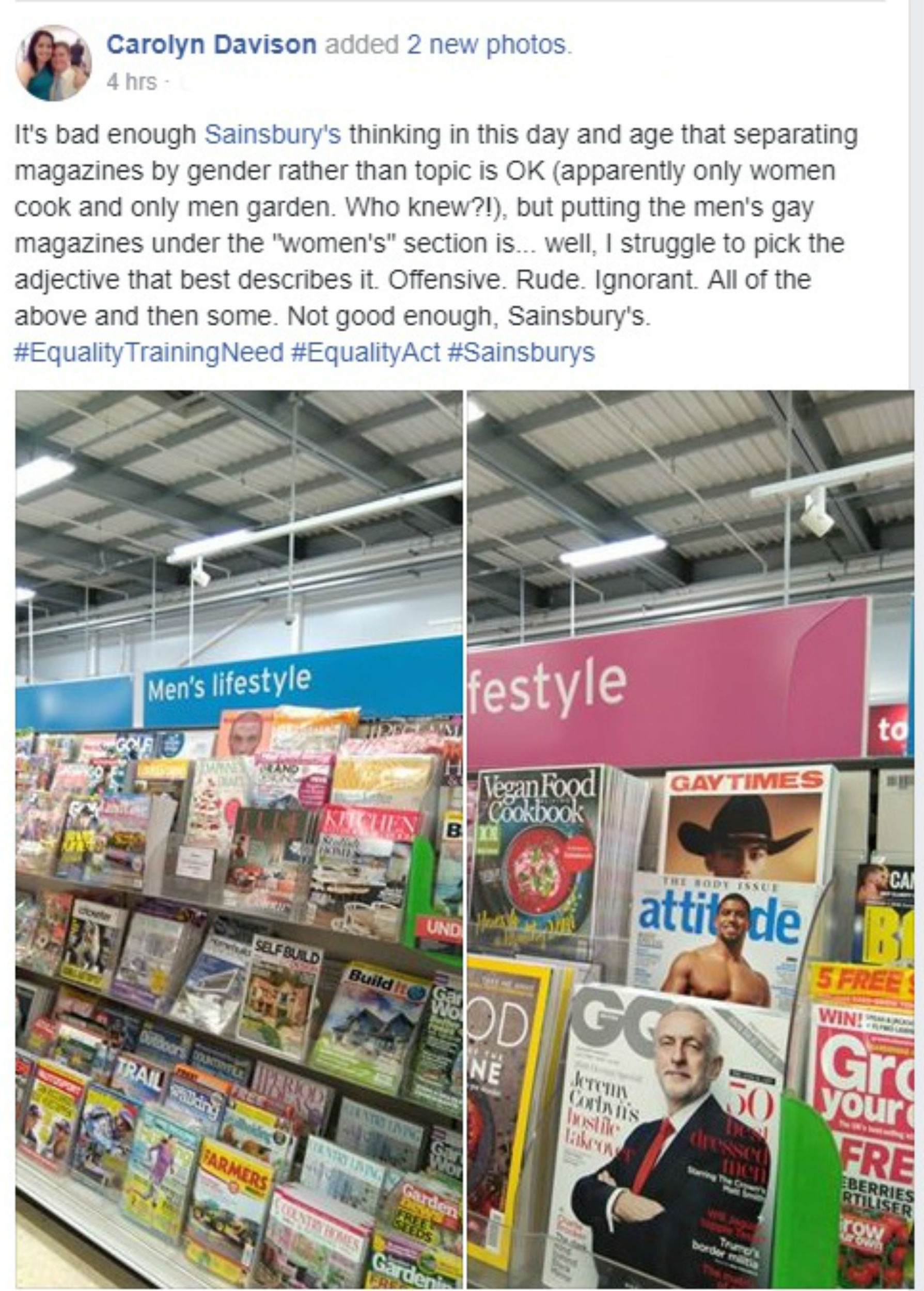 Other social media users weighed in to agree.

Marion Pennington said: “That’s truly s***. Christ. Are we still there? I feel a letter coming on.”

Kerry ‘Ruse’ Shephard said: “That really is stooping to a whole new level of low. Just looking at all the magazines sectioned out like this is nothing short of shocking.”

Heather Copete said: “Yep all the history and science mags in most shops are with the male section. Really bugs me.” 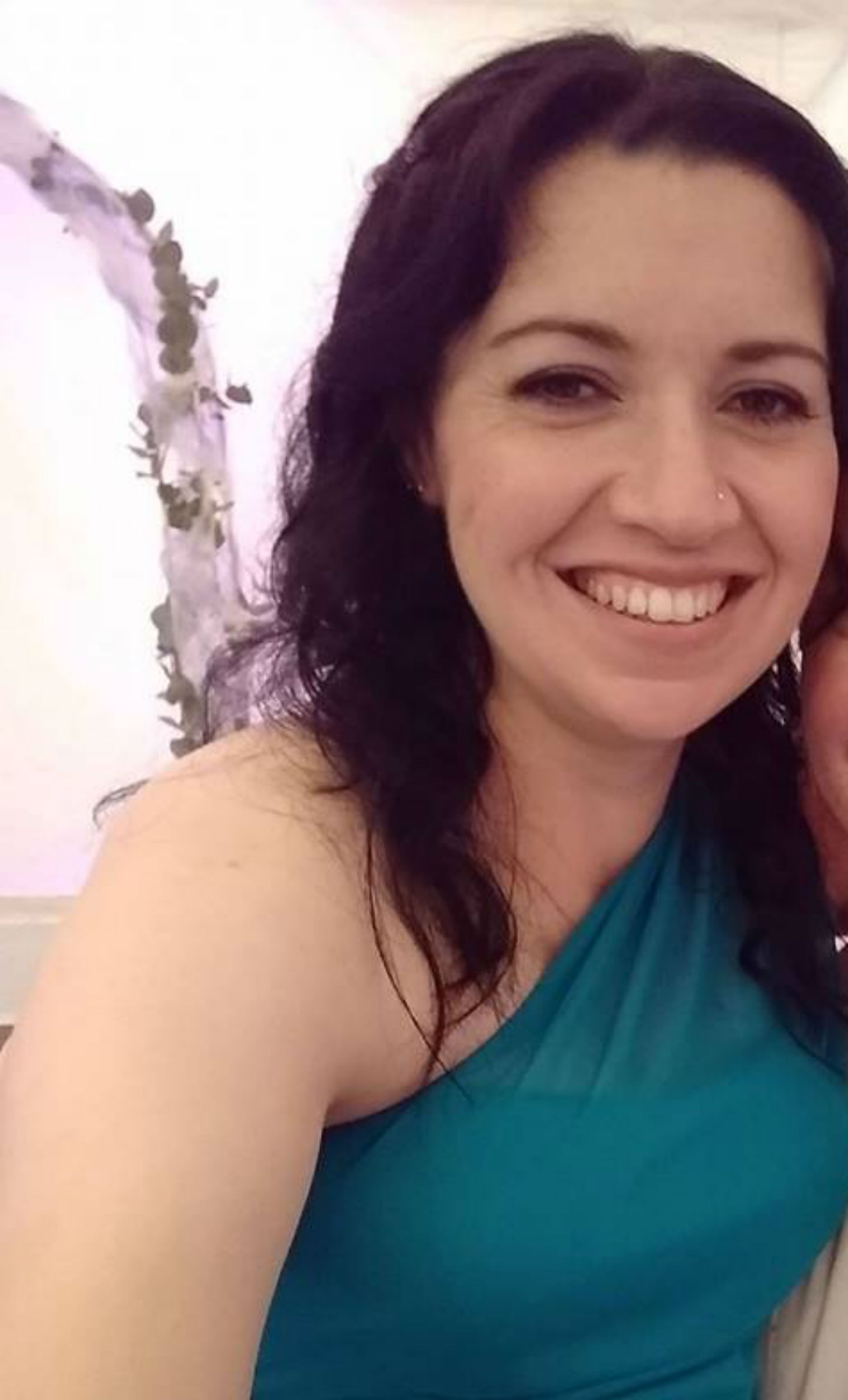 Speaking today (WED), Carolyn added: “My reaction is disbelief that we still think this is acceptable these days, and annoyance. How are we meant to teach our children that they are free to choose what they’re interested in when places like the supermarket say otherwise?

“And then seeing the men’s gay magazines in the ‘women’s’ section today was a step too far. It went from being annoying and inappropriate to just plain wrong. Whoever put the magazines out clearly skipped their equality and diversity training.”

A Sainsbury’s spokeswoman said: “Our stores removed these signs some time ago. Our Kempshott store was displaying them in error and they have been taken down.”