MARK CAMPBELL lined up in the cramped Somerset Park tunnel alongside the galaxy of stars assembled at Rangers and could see why no-one gave humble Ayr United a prayer of springing a shock.

Stefan Klos, Arthur Numan, Ronald de Boer, Shota Arveladze and Claudio Caniggia were the headliners in a side packed with full internationals and a couple of Champions League winners.

However, 90 gruelling minutes later, Alex McLeish knew his side had swerved a huge banana skin as the Glasgow giants left Ayrshire unscathed.

That 1-0 triumph for Rangers in 2003 is the last time the two sides locked horns in the Scottish Cup and Campbell still cherishes the snap of him and eventual match-winner de Boer that takes pride of place in his career scrap book.

“That was an unbelievable afternoon to be involved in,” recalled Campbell. “It’s amazing to think of the Rangers side we were up against, with guys like Stefan Klos, [Lorenzo] Amoruso and Ronald de Boer. They were just great players and I think we can be proud of running them so close.

“It was just one of those special days you get at Somerset Park – a full house, tight pitch, and we just made it a really tough afternoon for the Rangers players and it’s great to be able to look back and say that you had the chance to test yourself against that calibre of player.

“The only thing I regret from that day was that de Boer scored the winner from a header. He wasn’t the biggest and we should have picked him up better.

“He [de Boer] was an absolute class act, though, the best player on the pitch. I still have a picture from that game of me beside him that appeared in one of the papers – that went straight in the scrapbook! It’s always a nice one to show the kids.” 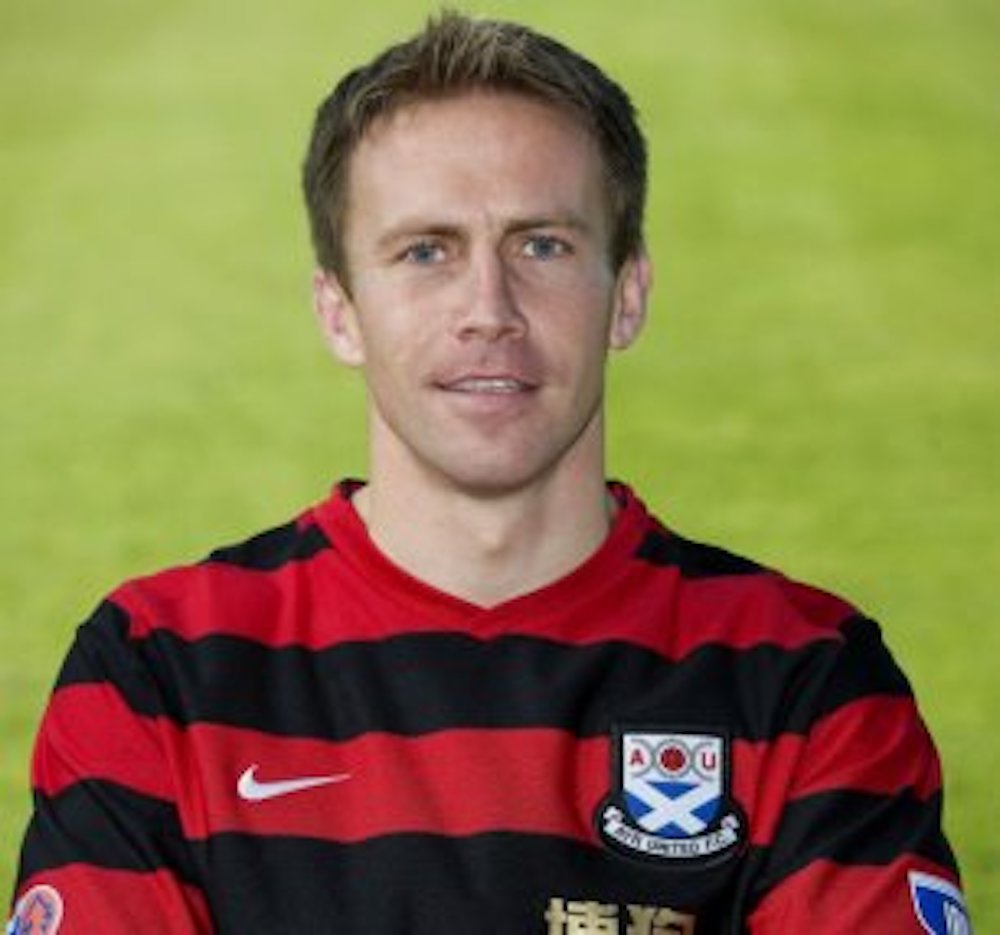 That gutsy display is a particular source of pride for Campbell, having endured a chastening 7-0 defeat against Dick Advocaat’s Rangers side three years earlier in another Scottish Cup showdown.

“I felt like it was important to make amends for the 7-0 game,” added the former Falkirk, Raith Rovers and Queen of the South man. “We wanted to show that result wasn’t a fair reflection of what we can do, and actually do ourselves justice.”

Campbell is adamant the current crop of Ayr players can succeed where he failed, by dumping the Gers out of the cup on Sunday.

Ian McCall’s men are the top scorers in League 1, have an on-fire striker in the form of Lawrence Shankland and will have the full backing of an electric Somerset Park.

“No-one has any doubt Rangers are a good side, but they are very different to the Rangers team I played against all those years ago,” said Campbell. “Compared to those players, the Ayr boys will feel this is a winnable tie.

“Ayr have a young team, they have real energy and goals in there. They also have a few players who probably feel like they could do a job at a higher level and they will be hungry to use that platform to show what they can do.

“And you just never know what can happen at Somerset Park. You don’t get many stadiums like that these days, with the terracing and they way it holds in the noise and I’m sure the players will be inspired to run that little bit further and push that bit harder.”