A SCOTS student has been inundated with photographs of men in their “workie gear” after revealing what she finds attractive in a man.

Danielle McIver from Kennoway, Fife, tweeted on Monday that she found men in workwear, grey cottons or behind the wheel of a car, “sexy”.

The tweet instantly went viral and resulted in the 18-year-old nursing student being bombarded with pictures from admirers – showcasing their best work gear.

Included in the responses was one man in his fluorescent yellow bin man uniform while a gardener posted a pic getting stuck into some weeds.

One other male took it a step further and posted an image of someone sat behind the wheel of his car while smiling away into his phone.

However despite being inundated with potential suitors, Danielle said he was finding it all “too much” to handle.

The Robert Gordon University student’s initial post read: “Three sexiest things are undoubtedly a guy in workwear, a guy in grey cottons or a guy driving.”

The tweet has attracted over 1,000 retweets and almost 8,000 likes from social media users.

One follower, Max Anderson, posted a video of himself working, wearing hi-vis gear and driving a work vehicle, while nodding his head confidently looking like he stood a chance. 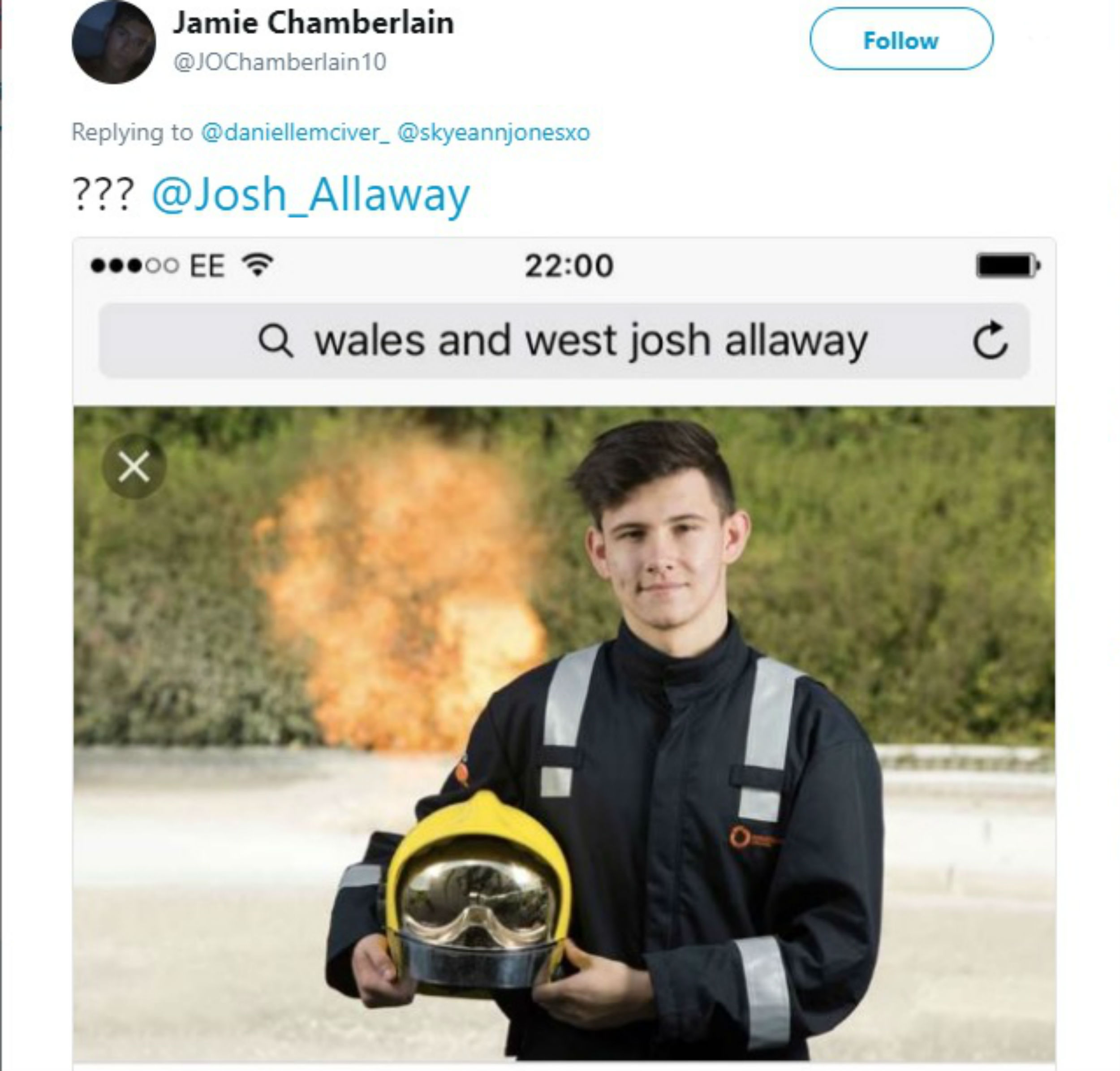 Mark Riyad asked Danielle: “What about my pal Callum Scott?” alongside a snapchat image of Callum in his work clothes and a cigarette hanging out of his mouth.

Owen Milne was tagged by a friend in a photo of him wearing a big jacket and a hard hat, and he replied: “I’m one sexy b*****.”

A picture of Josh Alloway in his firefighter’s uniform was shared by his friend Jamie Chamberlain. Josh added: “Loves a man in uniform.” 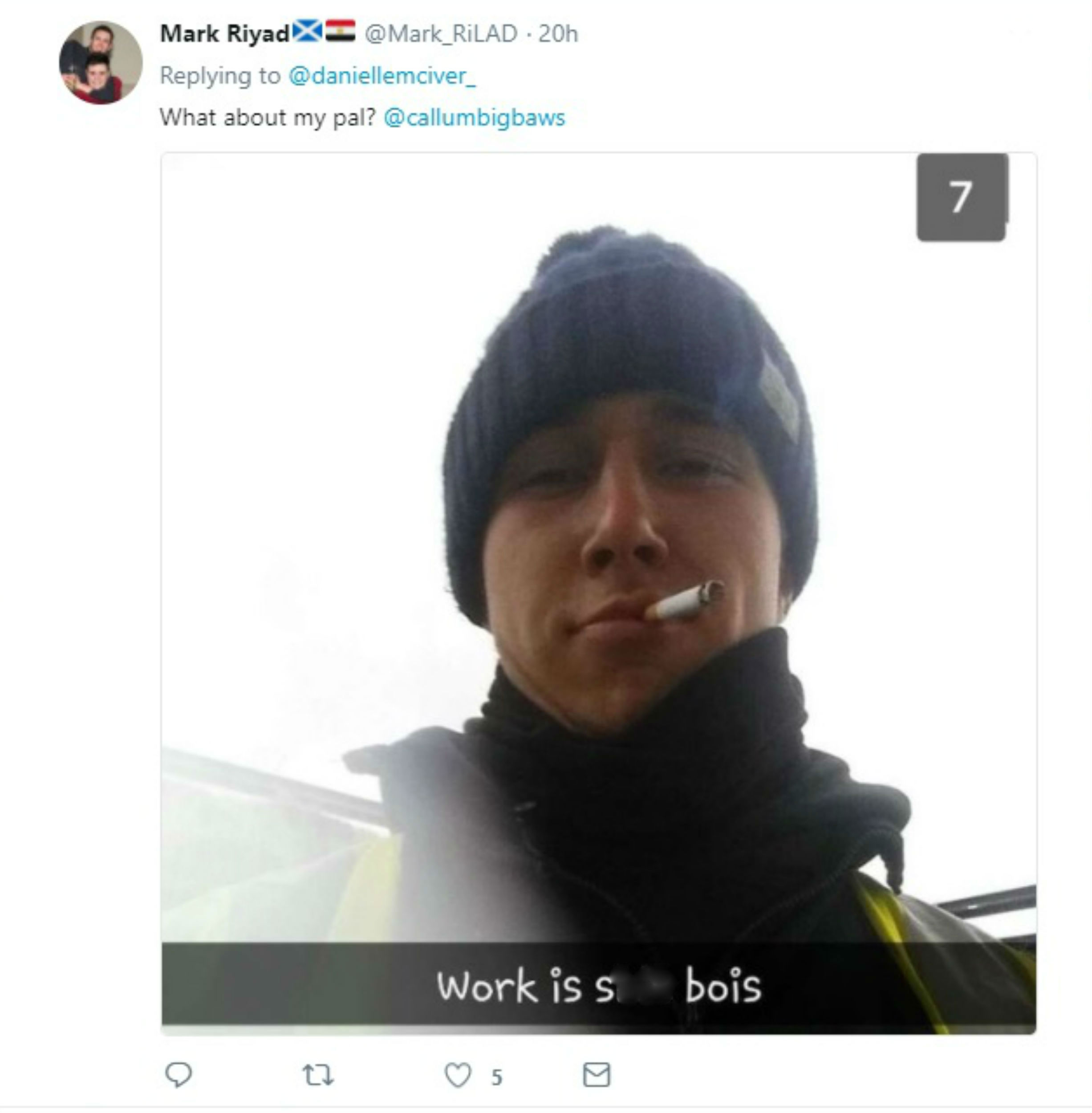 Harry Giles posted a picture of a friend taking a break from digging to pose with his spade and asked: “What about my friend in his work wear?”

Some other females were also in amongst the replies, agreeing with Danielle’s opinion.

Sean Lyon tagged Eirann Fletcher and added: “You every time a workie walks past you.” She replied: “Yess or the grey cottons”, with a love heart emoji. 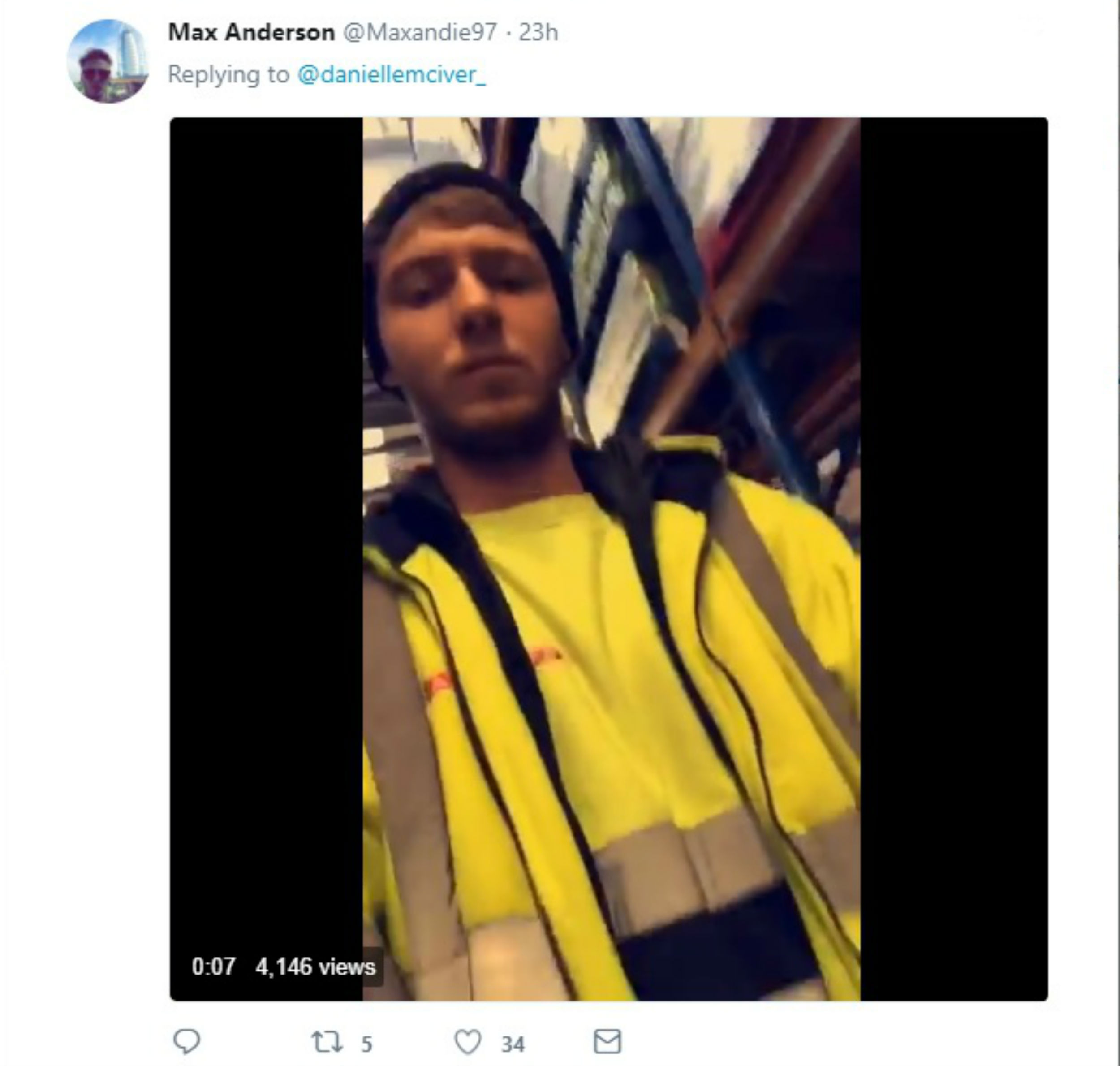 The whole thing escalated beyond what Danielle was expecting and she later tweeted: “Its actually too far man. The amount of s*** people are quote retweeting.” 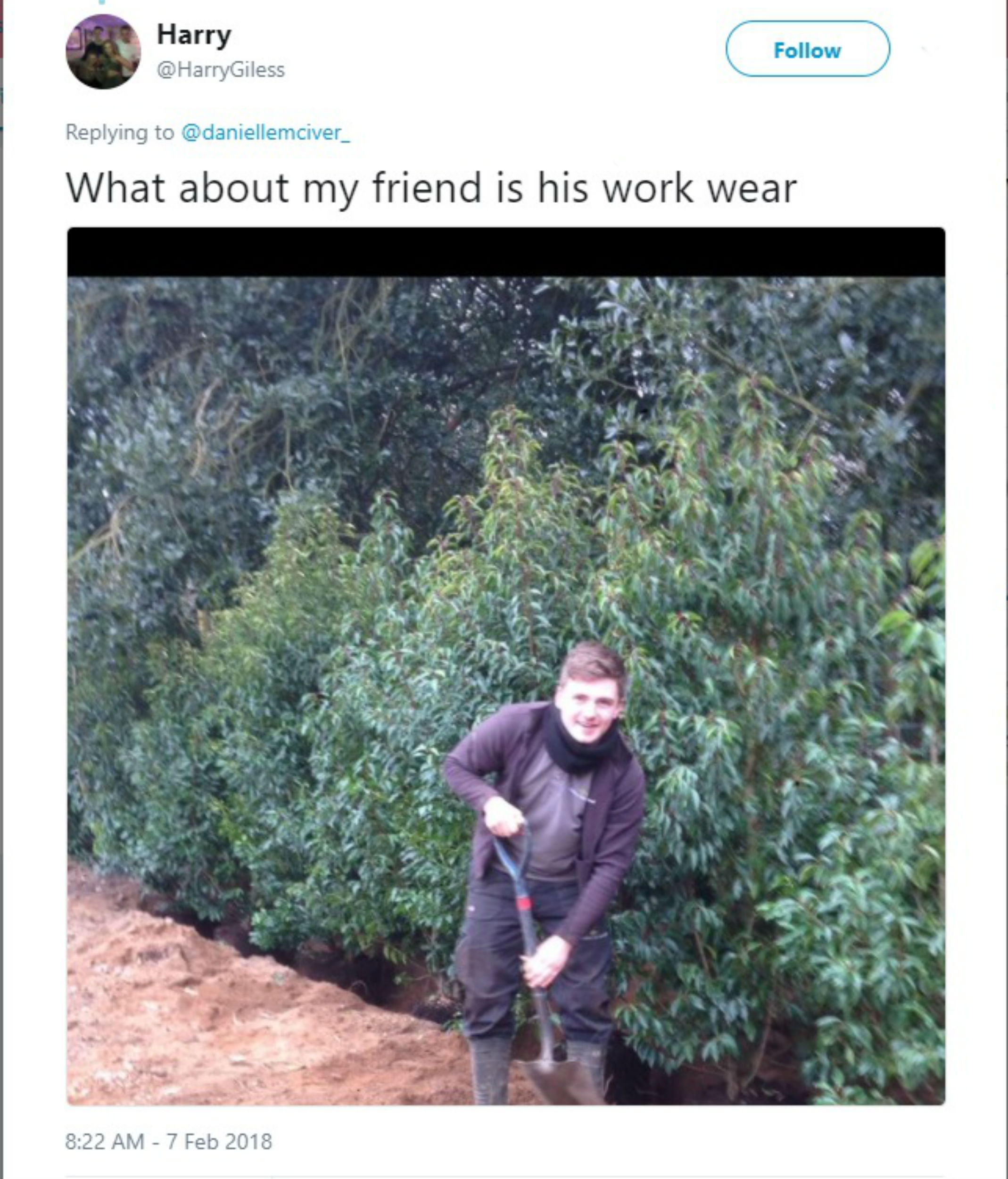