Anyone would think that in people living in this enlightened age would place a high regard on human life but, unfortunately, the abominable practice of reparative therapy has yet to be put to rest. Regrettably, there are still practitioners who believe that it is possible to convert LGBTs to heterosexuality. While many countries have expressly forbidden this practice, and some countries like the United States have state and municipal governments banning reparative therapy, the world still has a long way to go.

Sometimes referred to as conversion therapy, reparative therapy has also been referred to as gay conversion therapy in the past. However, as the title states, a rose by any other name still has thorns and reparative therapy, no matter what you call it, is the cause of anguish for anyone subjected to this hatefully painful pseudo-therapeutic attempt to ‘cure’ LGBTs – as if it was a disease. What is strikingly odd about reparative therapy is that as found through SOAS University research, countries with much lower levels of democracy are more likely to infringe on people’s human rights in this way.

A Long History of Pain and Anguish

While most of the anguish suffered today is emotional or psychiatric anguish, this hasn’t always been the case. In fact, attempts at conversion often utilised highly painful physical methods. It would be an understatement to say methodologies used in the past bordered on physical abuse because they were, indeed, abusive. Think of him as you will, Freud may have been one of the least abusive practitioners in the last century because he attempted conversions through hypnosis. A little further up the list of abhorrent practices was confrontational therapy in which ‘therapists’ would scream and yell that gay patients were worthless, dirty, deviant and liars.

Then there were physical efforts to convert patients. Some of these included shock therapy, castration, female circumcision, sexual organ transplants and even lobotomies. Some patients were even beaten into denying their same-sex preferences. It wasn’t until the early part of the last century that Joseph Nicolosi pioneered conversion therapy as an alternative to those inhumane and barbaric therapies. Even so, reparative therapy rarely results in anything but anguish for those subjected to ‘therapeutic interventions.’ Imagine being given nausea-inducing or psychoactive medications to affect a ‘cure!’ Were his methods any more humane?

The Point of No Return

After multiple attempts to change a patient’s sexual orientation and a lifetime of being ridiculed and ostracised, for many there comes a point of no return. LGBTs subjected to these cruel attempts to convert them to heterosexuality may attempt suicide and may suffer permanent depression or feelings of worthlessness. Victims of these cruel and dehumanizing attempts to ‘set them straight’ are three times more likely to use illicit drugs and, believe it or not, it has been proven in more than one study that LGBTs who have undergone conversion therapy are three times as likely to contract HIV/AIDS.

The key takeaway here is that large portions of society still consider an LGBT lifestyle to be abnormal so perhaps efforts should be focused on curing or converting that mindset. You may live in a democracy, but are you truly free? Time will tell. 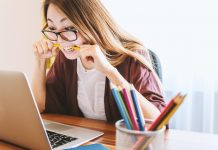 Learn How to Learn – Short Guide for Students 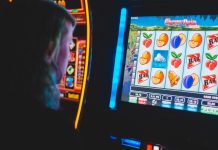