HEARTSTOPPING footage shows a car on the wrong side of a dual carriageway come within inches of colliding head-on with an HGV.

The rogue motorist just squeezes past the lorry but a huge bang can be heard as its left side hits a crash barrier.

A Scottish lorry driver following the HGV and filming the mayhem on his dashcam can be heard yelling “F*** me!” as the car flashes past.

The clip was filmed on the eastbound A66 near Melsonby, North Yorkshire, on the evening of February 14.

The footage opens shortly after both HGV drivers have pulled into the fast lane to overtake a campervan. 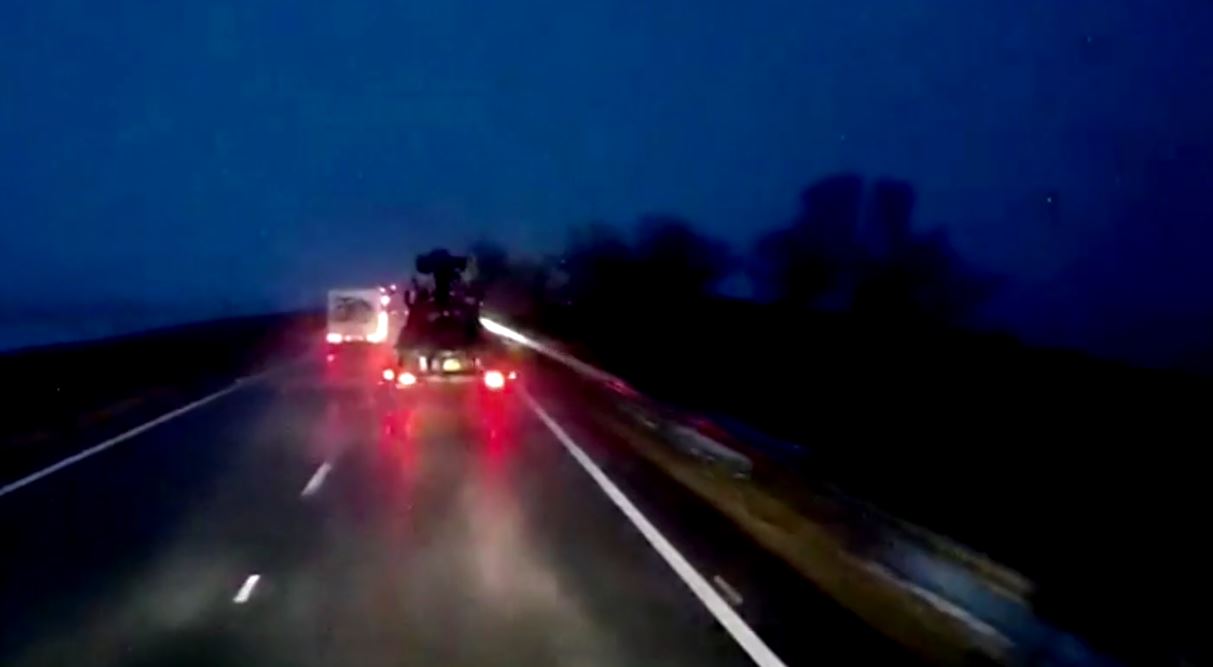 The Scottish driver, who was going from Glasgow to Wetherby, West Yorkshire, can be heard complaining: “Typical campervan, holding everybody up until everybody wants to go past him and then he decides to f******…”

He is cut off as the lorry ahead swerves sharply to the left to avoid the oncoming car in the fast lane.

The video reveals that the car has missed the lorry by an incredibly close margin but that its left hand side is up against the crash barrier.

The video was obtained by dash cam sellers InCar Witness, whose owner, Chris Meeton, said: “Credit goes to both HGV drivers for avoiding the idiot driving on the wrong side of the dual carriageway. 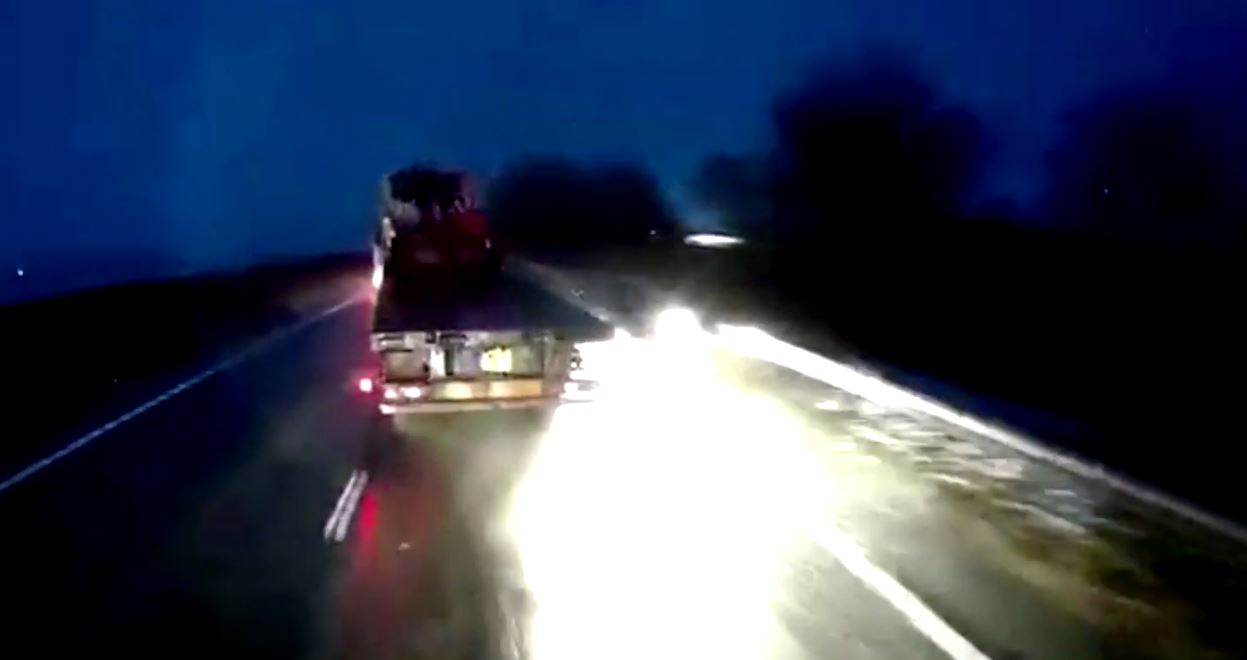 “It was their quick reactions that probably saved the driver’s life.

“How they missed the obvious indicators such as the ‘Dual Carriageway Ahead’ sign, the keep left arrows and no entry signs we will probably never know.

“For whatever reason, I hope this incident serves as a wake up call, and the driver takes necessary actions to prevent the likelihood of this happening again.

“It was not known what happened to the car in the video and no accidents were reported or seen on the return journey. It seems the lucky car driver got away by the closest of margins not causing an accident this time.”