AN impatient motorist tried to escape a traffic jam in a tunnel by turning round and driving out the wrong way.

The shocking and potentially dangerous manoeuver has caused uproar on social media, with many dubbing the driver a “plonker”, a “n*b”, and a “numpty”.

The Medway Tunnel, which links Strood with Chatham in Kent, was backed up with traffic on Tuesday (FEB 27) after a collision in the afternoon.

But, despite other patient motorists waiting for hours in the blocked tunnel, one woman, who has not been identified, decided to turn her car around.

Keith Hollingsbee managed to film the small black car trying to edge its way down the middle of the two lanes in the tunnel – forcing other motorists to move out of the way.

Keith uploaded the video with the caption: “So we are all stuck in the Medway Tunnel and you always get the wally who decided to turn round and drive the wrong way in the tunnel.”

The video has now been viewed a staggering 247,000 times since it was posted on Tuesday.

The short 11-second-clip begins with two lanes full of stationary cars stuck in the dual carriageway underneath the River Medway. 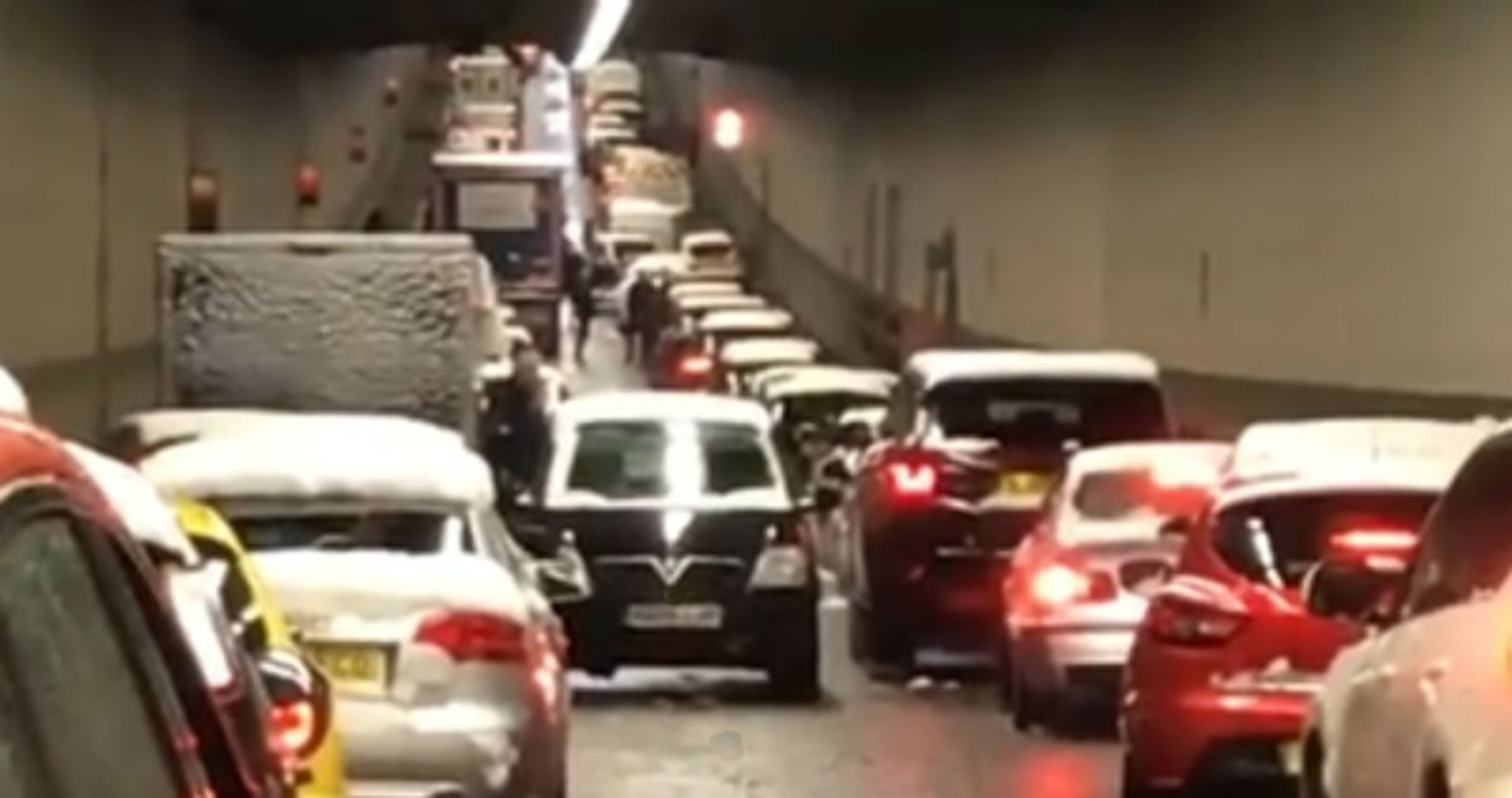 In the middle of the two lanes of vehicles is a small black car – which has impatiently decided to try and get out of the tunnel by turning around.

The car inches down the icy road, surrounded by cars covered in thick snow, oblivious to the risk they could be putting others in.

As the clip ends, some motorists can be seen moving out of the way to let the determined driver past – while others toot their horns in frustration.

Keith, who said the driver was a woman, has caused a storm on social media with one viewer, Gary Blackstock commenting: “There’s always one.”

Heather Llong added: “What a n*b.”

Maria Sinclair said: “Seriously? There’s always one who thinks their time is more precious than everyone else.”

Lou Beauchamp commented: “I hope this gets to the police for dangerous driving. Numpty.”

Anne Coleman wrote: “What a plonker.”