ASTONISHING footage shows a hero bus driver swerve around an out-of-control car on an icy road – avoiding a collision by inches.

As the bus slides towards the dashcam vehicle and a huge crash seems inevitable, the motorist can be heard yelling: “Oh my god, oh my god, no!”

Gareth Smith, from Edinburgh, was stuck on a hill in his van when he spotted the car in front of him veer out of control and head into the wrong side of the road.

Moments later, a Lothian bus can be seen coming over the hill at Frogston Brae on the B701 – heading straight towards the now stationary car.

The bus driver manages to swerve and drift around the car, pulling back into the other side of the road to avoid colliding with Gareth, 22.

Luckily, the bus driver’s quick thinking and reflexes saved all three vehicles from being involved in a potential fatal tragedy.

Gareth uploaded the video to Facebook yesterday, with the caption: “Stay in people Red snow alert.” 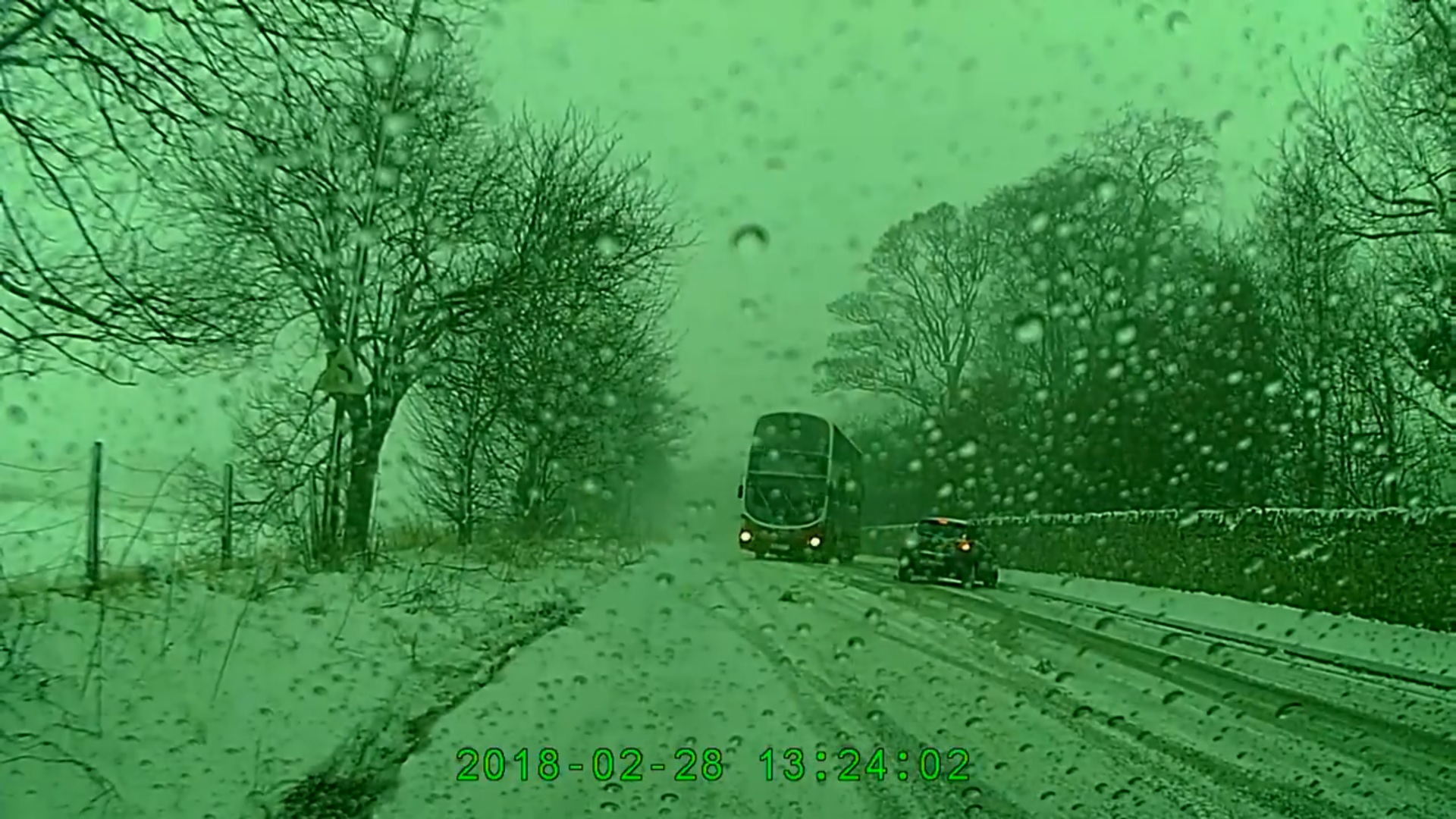 The clip begins with what appears to be a Mini slowly moving along the icy road – and within seconds it becomes clear that it is heading on to the wrong side of the road.

The out of control car manages to come to a stop – but moments later a double decker Lothian bus emerges from the heavy snow.

Gareth estimated that the bus was going at about 20 or 30 miles an hour, and despite a stationary car in its way – the driver manages to pull out into the road.

The bus driver quickly maneuvers the double decker out of the way of the stuck Mini, and then heads straight towards Gareth.

The car detailer managed to reverse his van slightly, in the hope of avoiding a collision, but said he was bracing himself the entire time. 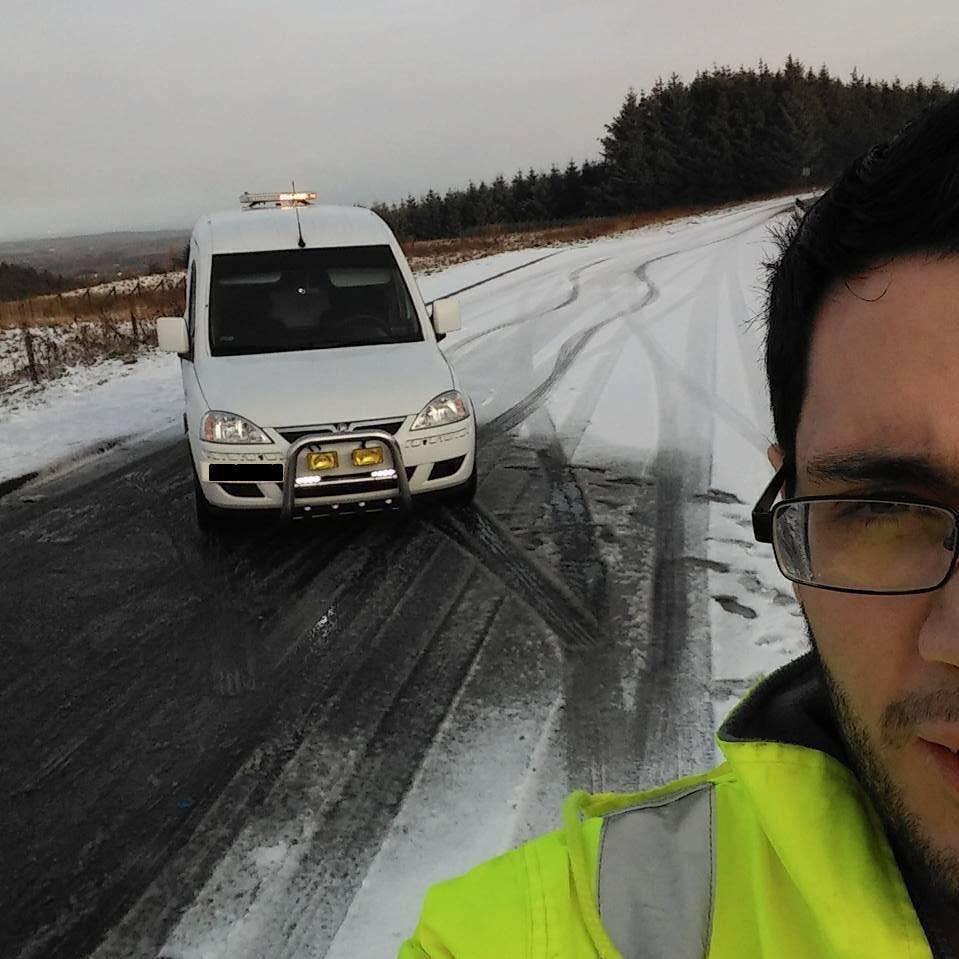 As the bus passes him within inches he can be heard saying “no, no” in anticipation of a collision.

Fortunately, the bus driver pulls back into the right side of the road – and Gareth lets out a huge sigh of relief.

Speaking today, Gareth said: “I was stuck on the hill trying to get my van moving when I saw a black car over taking me.

“It skidded onto the wrong side of the road and then I then saw a Lothian bus coming down the hill losing control and drifting past the black car, just missing it and me.

“It seemed to skid a far bit

“I put my van into reverse and tried to go backwards to avoid the bus hitting me head on.”

On social media, Stevie Galloway said: “Safe to say the driver filming this s* his breeks.”

Kev Robertson joked: “Rumour has it the Stig was driving a bus in Edinburgh today. Looks like rumours are correct.”

Sammi Aitchison added: “That bus driver is something else with that drifting. Well done.”

Anna Grant-Menzies commented: “Drifting a double decker like a pro.”

Hundreds of people were stranded on the M80 in the central belt last night, some for a staggering 16 hours.