AN “idiot” motorist has been caught on video narrowly avoiding a crash with a learner driver while entering a dual carriageway in the wrong direction.

The terrifying manoeuvre happened close to a junction of the M11 in Essex and may even have been done as a shortcut.

Driving instructor Scott Cooper had his dashcam running as he and a pupil drove under the motorway in Loughton.

The clip shows a black car drive drive across chevrons on the slip road to turn right into the fast lane of the wrong side of the road.

The learner vehicles comes to a sharp stop as the black car passes within a few feet of the front.

It appears that thedriver, on leaving the M11, missed her chance to take the slip road exit that would have allowed her to make a legal right turn.

Scott said he watched as the woman drove the wrong way for about 300 yards before finding a point at which she could joning the correct carriageway. 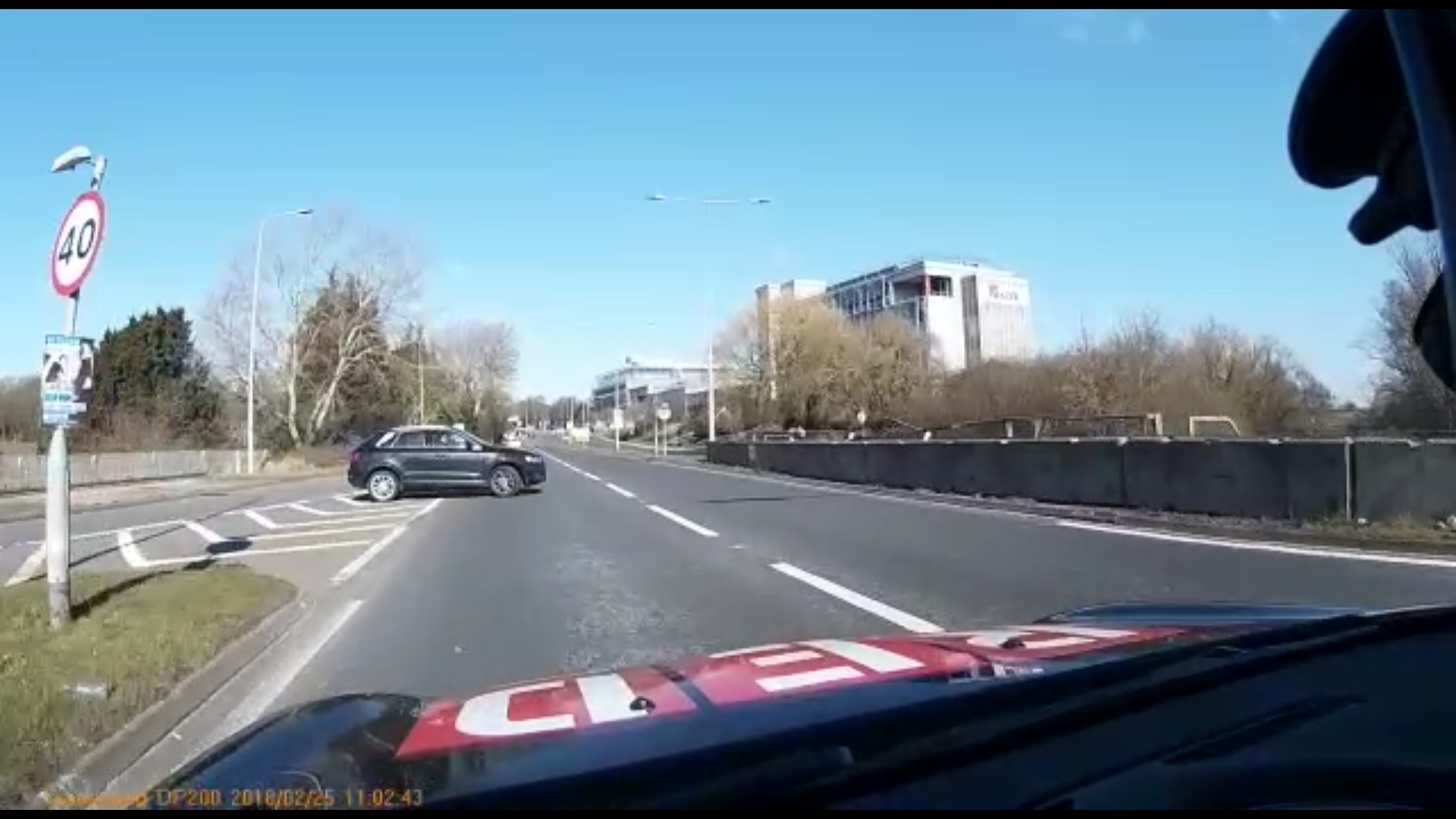 He said: “It was a genuine display of crappy driving. I don’t think they were taking a shortcut. The woman driving was pulling a face and panicking because she pulled out in front of me but turned anyway.”

“Honestly, I wasn’t too shocked by it. I’m out on the roads all the time and I see things like this every day.”

On social media, Graham King suggested: “I think we need to put ‘No Right Turn’ signs along slip roads, it might stop some of these idiots.” 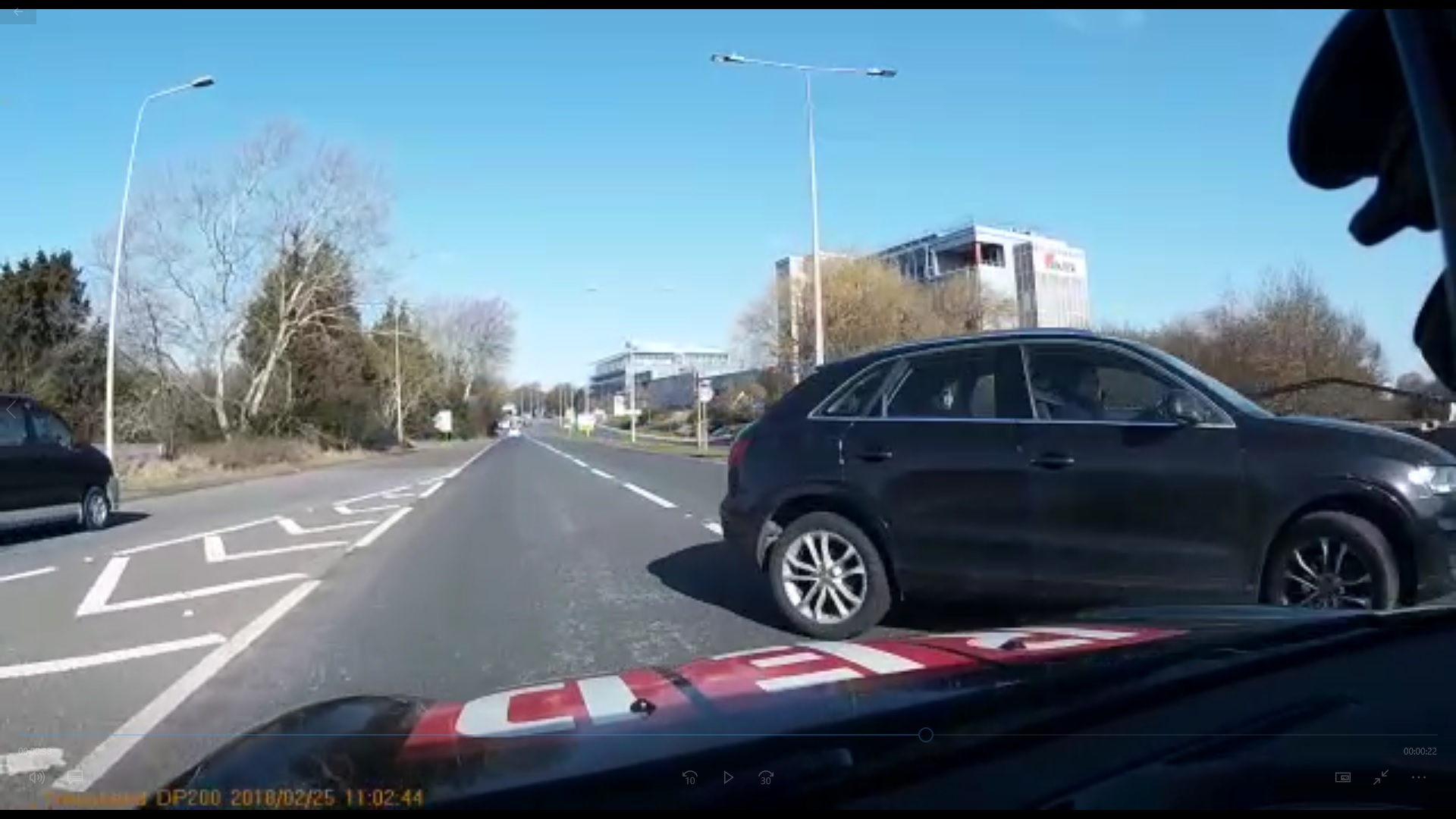 Adam Wood added: “So not only did they turn right where clearly you can see it’s impossible to get wrong, she pulled straight across a car approaching at speed and made them stop? Wow.”

Shawn Frizzell commented: “That looked like a brown pants job to me, blimey.”

Eddie Lerario wrote: “Phew. That was so close.”

Matt Leggett added: “To think there’s people on the road like this.”