A PENGUIN at Scotland’s largest safari park has captured the hearts of a nation after an adorable video emerged of her wading through snow up her neck.

Forest was captured waddling her way through thick snow and leaving a penguin-shaped trail behind at Blair Drummond Safari Park near Stirling yesterday.

The 14-year-old Humboldt penguin is shown with her flippers stretched out as she explored the snow around her enclosure.

And some viewers have even commented on just how happy she looks as she appears to be smiling in the footage.

The cute clip was shared on the parks Facebook page yesterday (thur) afternoon to offer the public advice on how they should be walking through and on snow and ice.

They wrote: “We’re being told that the best way to stay safe in icy conditions is to walk like a penguin!

Hundreds of animal lovers also took to the post to leave messages expressing how much Forest looked like she was in her element.

Lisa Hamilton wrote: “Apparently people were being told to walk like penguins today – seems quite effective for this little chap.”

Michele Rhiannon King said: “Her little waddle! And then when she stops to look at the camera man! I love her.”

Caitlyn Nicholson wrote: “This makes me so happy.”

While Anne Owen joked: “Looks like the penguins could do a good job clearing the roads.” 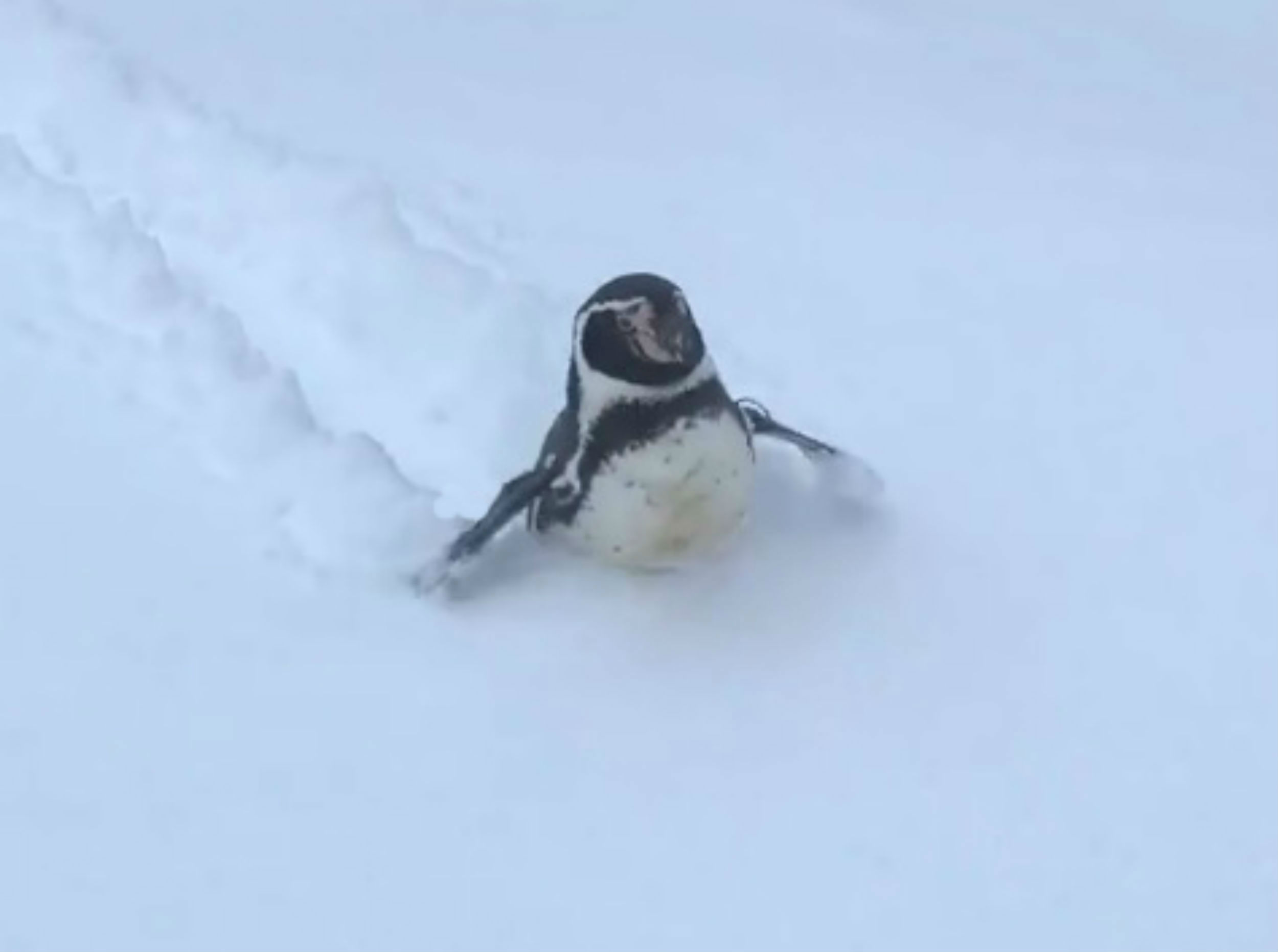 Forest lost her long term female partner Joss back in 2013.

A year later she fell into the wings of a younger male penguin, Rocky – who was only three-years-old at the time, now five – after he was introduced to her enclosure in 2014.

Despite their nine year age gap, the waddling duo went on to have a chick named Izzy – who was at the time the first successful rear of a penguin chick at Blair Drummond in ten years.

Staff at the park say the couple are “very much in love”.

At the time the penguins Head Keeper Lisa said: “We’re all so proud of Forest and Rocky; out of all of the penguins here, they were the most unlikely pairing to hatch and rear a chick, but they have managed to do a brilliant job.

“It’s great to see Forest paired up again, and this time with a male, all her previous eggs have been infertile because she bonded with a female.

“She is a great parent and we’re confident she will do this again next year.”