A HILARIOUS video shows the moment a wrestler fell off his snow-covered roof – while he was trying to fix his satellite dish.

David McCallum claims he decided to brave the beastly weather and climb onto his roof in an attempt to fix his TV signal.

His girlfriend Georgia Nisbet was filming out of the window at the time – remarking on the depth of the snow – when David, known in wrestling circles as Ravie-Davie, suddenly dropped from the sky.

Georgia can be heard exclaiming “what the f***!”

Luckily, Ravie-Davie said the snow broke his fall outside his home in Govan, Glasgow, and he wasn’t injured.

However, some social media users have been quick to claim that the clip was a set up, calling it a “load of p***.”

David uploaded the clip to his Facebook page – Ravie-Davie, The Fresh Prince of Drumoyne Square – with the caption: “Don’t try to fix your sky dish in the snow.”

The clip begins with Georgia, 26, looking out into her garden in Drumoyne Square in Govan, Glasgow.

As in most parts of Scotland this week, their garden is thick with snow and has blanketed cars in the area too.

The mortgage advisor can be heard saying “Oh my god, look how thick that snow is. It looks like it’s not been touched.”

A few moments later, Ravie-Davie can be heard screaming as he drops from the sky into his front garden – landing with a thud.

Luckily, Ravie-Davie manages to pull himself together and get up off the ground.

Speaking today, Ravie-Davie said: “I was up trying to clear the snow of the roof for my sky dish to get a good signal, and I fell off. 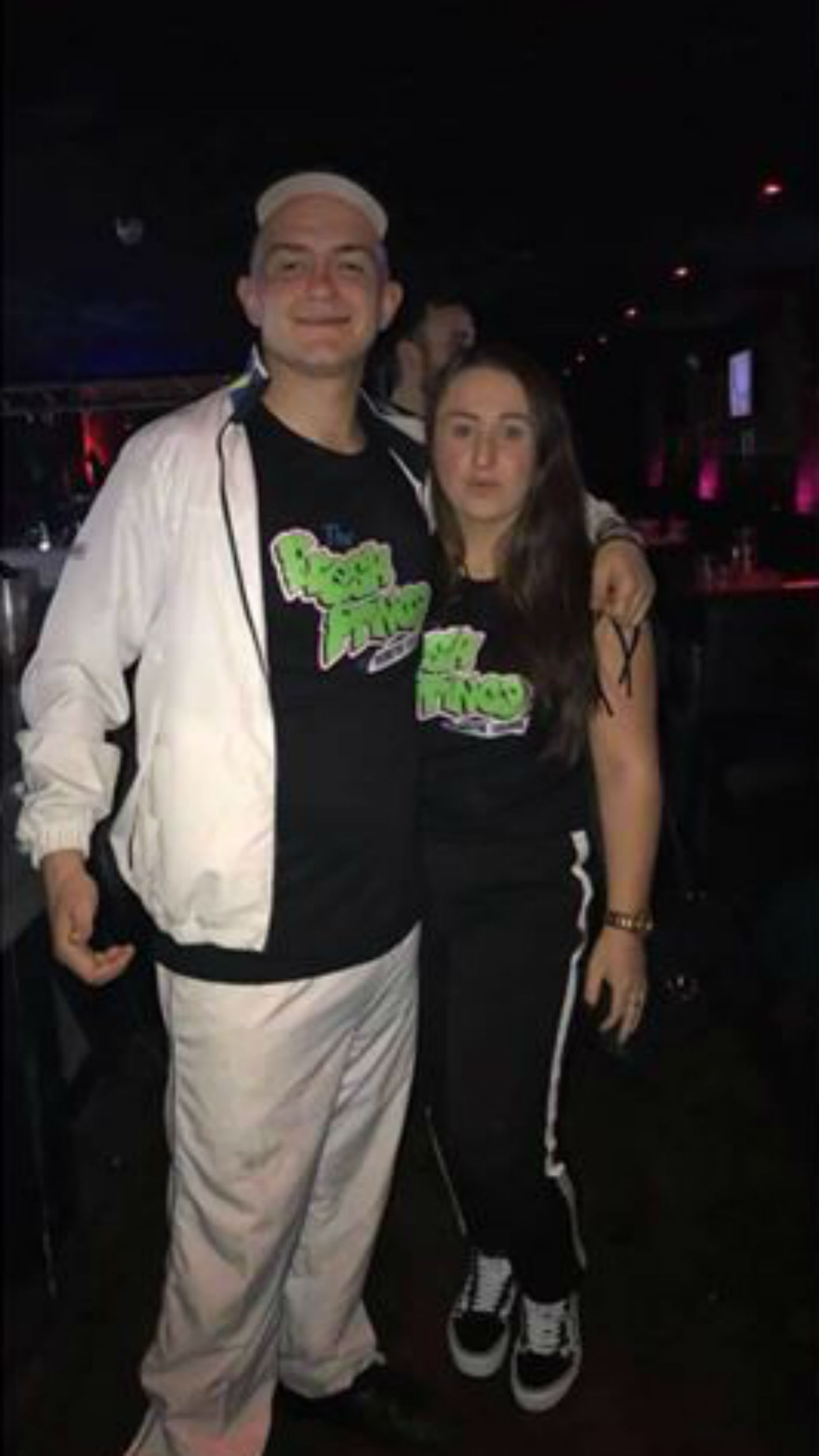 On social media, many users were not convinced that the clip was genuine.

Jonathon Pirie commented: “Just casually filming out the window right where he fell were you?”

While Don Mccaffer said: “What a load off p***. If you were fixing a Sky dish you would have fell right in front of the window and not half way across the garden.”

And Ravie-Davie responded to the criticism saying: “If it was fake I would have done a flip.”

In August 2016, Ravie-Davie went viral after he posted a video after a night out in Glasgow – and he woke up in Amsterdam.

The wrestler accidentally booked two hotel rooms in his drunken state, leaving him broke, and thought he was in Edinburgh until he left the hotel room.