REVOLTING footage shows a Scots clubber so drunk she mistook a photo booth for a toilet.

The graphic clip shows the girl, her top half hidden by the curtain, sat on the photo booth stool while urinating on the floor.

The video was filmed at Aberdeen’s Institute nightclub on Wednesday night by Tom Mitchell.

The 20-year-old posted the clip to Snapchat with the caption: “What the f*** did I just witness? Only in Inny.”

He also posted to Twitter with the caption: “I’ll just leave this here.”

The clip is 10 seconds long and shows the girl slumped forward on what she appears to believe is the toilet seat.

She has her jeans and pants pulled down and, as the camera zooms in, there is no room for doubt in the viewer’s mind about what she is doing.

Ella Mullay said: “I don’t care how nice the lighting is in there, never going in there again.”

Kirsty McCulloch asked: “What the f***?”

Gemma Farquhar said: “That actual made me feel sick. Who the f*** does that?”

Another user added: “Oh whoops. How rank though.” 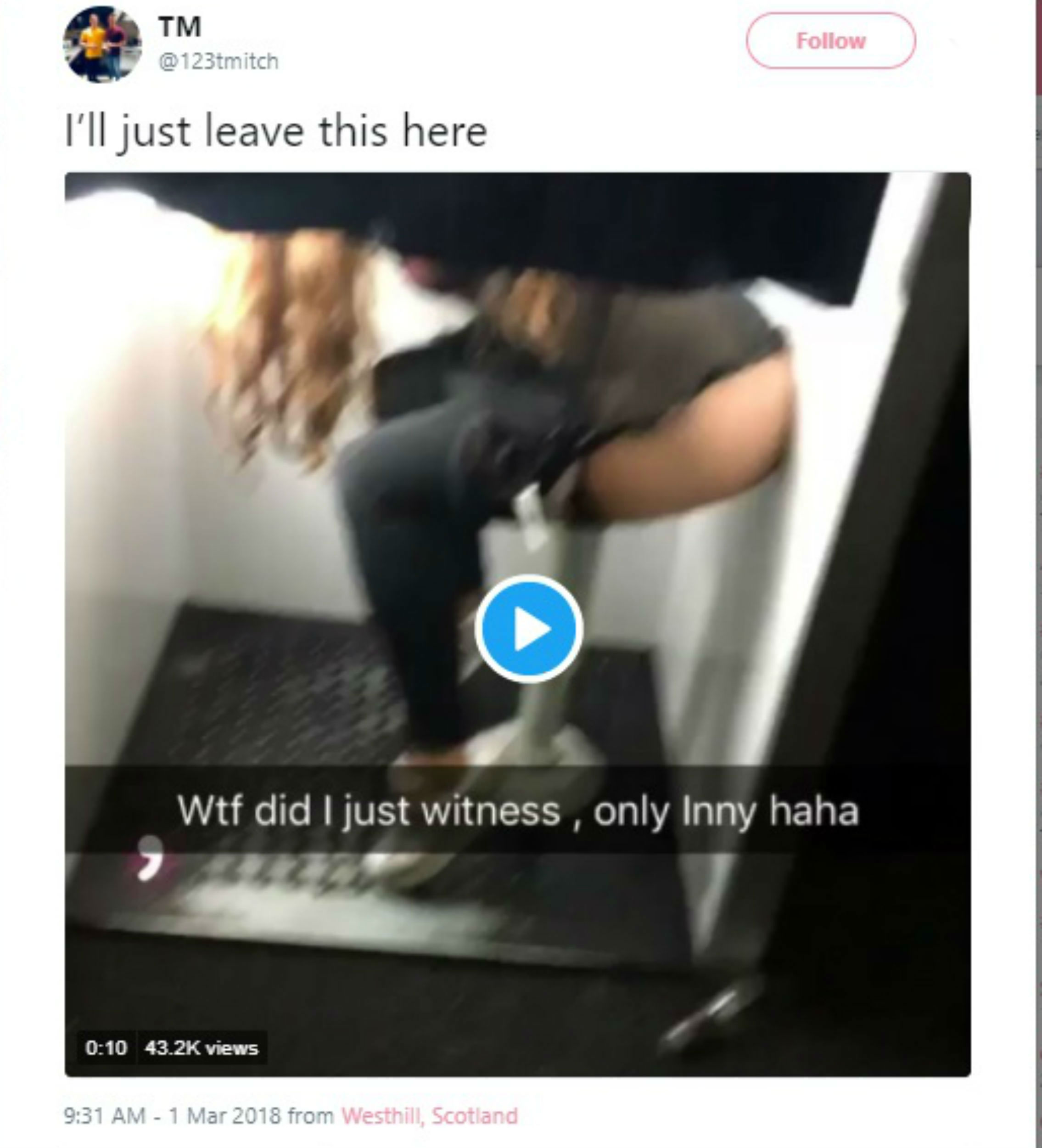 Speaking today (FRI), Tom said: “Me and my mate Brandon Lamb had just got a photo in the booth, and were deciding who was getting what photo strip when she very quickly dived into the booth.

“We initially didn’t look but then turned and seen that she was p****** all over it as if it was a toilet.

“She was definitely so drunk she thought it was the toilet. We didn’t stay to see her leave so unsure who she was or if she got kicked out.”

A spokeswoman for Institute said that they will be urgently investigating. She said: “This is the first we have been made aware of it. But we are looking into it as a matter of urgency.”

In November, Edinburgh’s Why Not nightclub were forced to evacuate their LED room when a clubber left a poo on the floor, to the disgust of other party-goers who complained on social media.