The train operator has been under contant pressure and had to cancel many services due to the severe weather.

However, a parody Facebook page called “ScotRail Trains” couldn’t resist taking a pop at the number of people complaining about the cancelled train services on social media.

The parody post jokes that ScotRail received “904,873,448 messages” from angry commuters who have “no friends”.

It goes on to call commuters “c*s” and asks whether they have nothing better to do on their snow day than complain – instead of enjoying time with friends and family.

Hundreds of social media users and commuters commented on the post, praising the tongue-in-cheek statement. 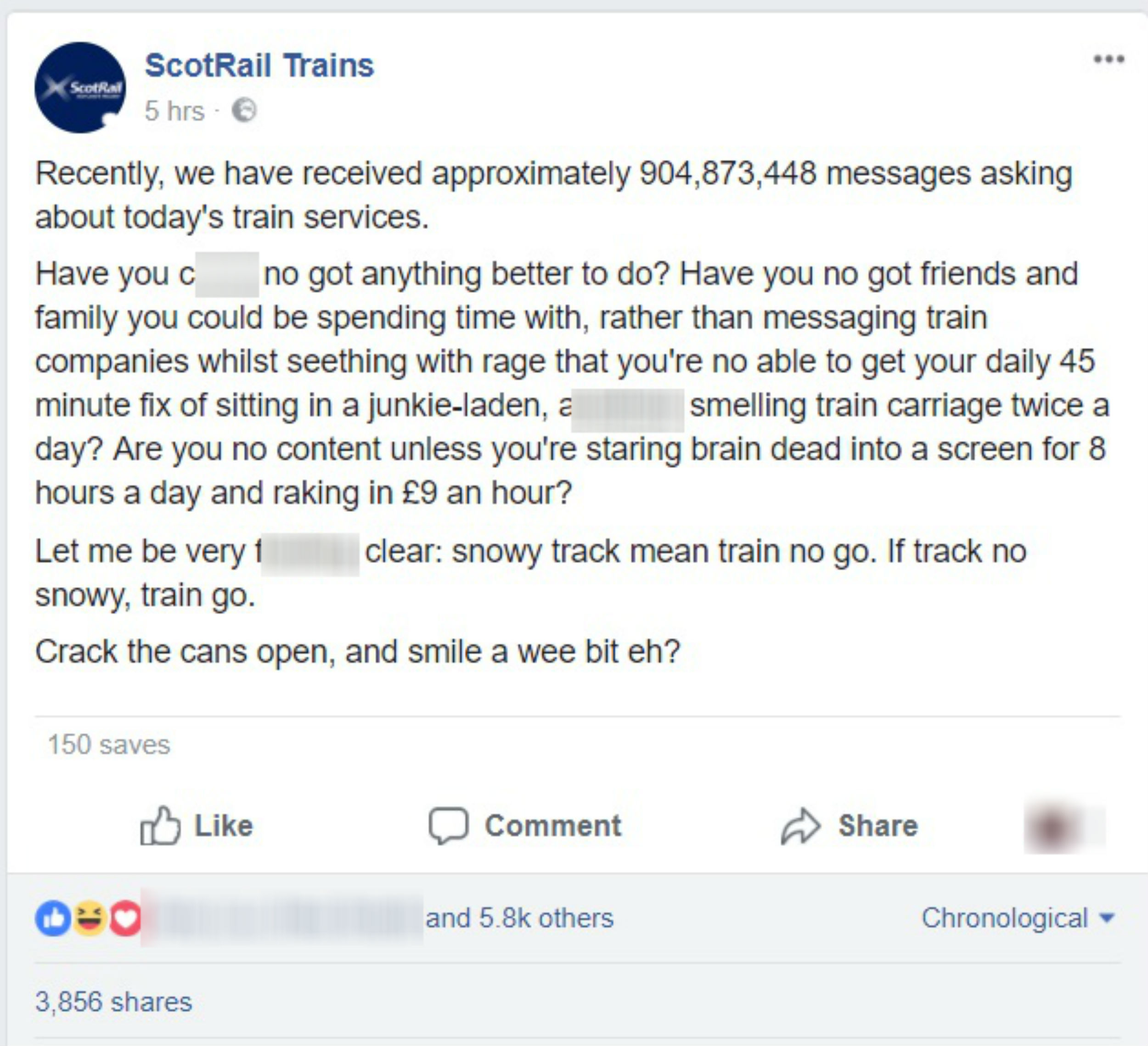 Alana Kerr commented: “Well someone’s not had their morning coffee.”

Steven Lornie joked: “Now that is what I call service!”

Paul Glancy added: “Now that’s a response to the public.”

“Have you c**ts no got anything better to do?

“Have you not got friends and family you could be spending time with, rather than messaging train companies whilst seething with rage that you’re no able to get your daily 45-minute fix of sitting in a junkie-laden, a*hole smelling train carriage twice a day?

“Are you no content unless you’re staring brain dead into a screen for 8 hours a day and raking in £9 an hour?

“Crack the cans open, and smile a wee bit eh?”

When asked for comment regarding the parody page’s post, a spokesman from ScotRail said: “It has been a busy few days, but our social media team has excelled itself.”