THE Scottish Ambulance Service have been slammed after posting a video which appears to show their driver filming on their phone whilst driving in the snowy conditions.

In a tweet thanking snow plough teams for helping them get out to patients last Friday, the SAS included a video which shows one of the ploughs clearing the way in front of a 4X4 which was providing support to an ambulance crew.

The footage appears to be taken from a handheld device as it is shown moving around and was not attached onto the vehicles dashboard.

At the beginning of the clip the camera also flickers to the left hand side of the vehicle – showing a monitor in the centre of the support vehicle.

However, the ambulance service insist this is not the case and that it was taken on a hands-free mount – which are usually attached onto the dash.

On Friday, their Twitter account wrote: “A huge thanks to the #Snowplough teams who over the last 48 hours have been a vital partner.

“#Snowploughs have made it easier for us NHS staff to get to work and patients. They even helped a stranded crew on a country road – check out our dash cam footage. #thankyou #teamwork.”

They posted a video showing one of the ploughs clearing the way for their ambulance to make its way through the tricky conditions. 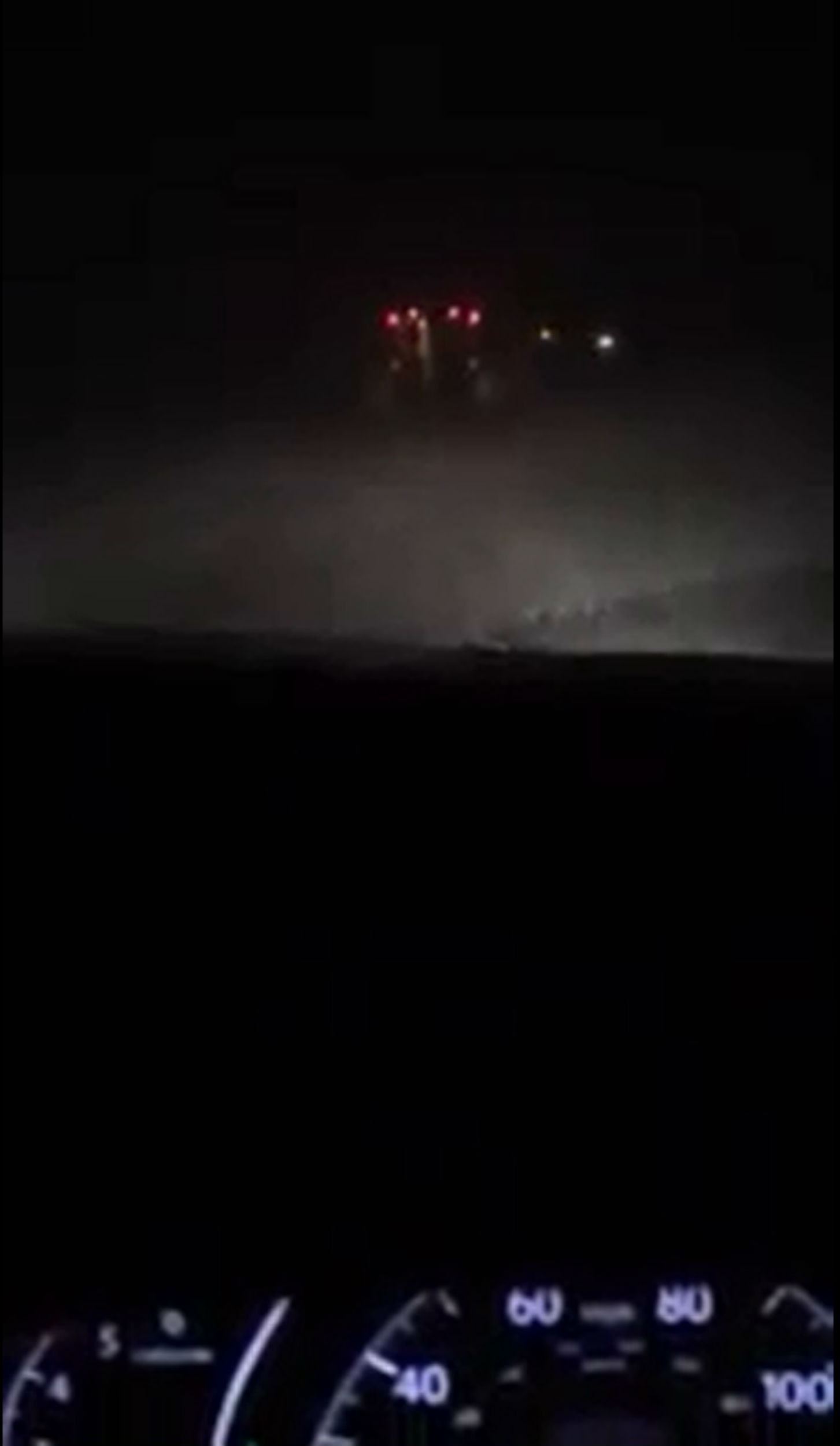 However, as the video starts the device appears to be moved up the way with the paramedic’s terminal in view. And at times throughout the speedometer is visible which would not be the case with a dashcam.

A Twitter user named Ricco spotted this and said: “Is that a dash cam footage? Looks more like the driver of the ambulance using their mobile phone to make a video whilst driving, rather foolish.

“Terminal to their left, dials directly under the camera, really?”

And a spokesman for road safety campaigning website SWD Media agreed, and slammed the service.

He said: ““For anyone to hold a phone and record while driving is illegal, and it’s even more disappointing when it’s a emergency service member. Let’s not even mention the weather conditions.

“This paramedic will have attended numerous RTCs in the past where the driver using a mobile phone was a contributory factor, and will also understand the risks involved in holding a phone while driving – so why did he/she do it?

“As for the Scottish Ambulance social media team to state that this was a dashcam, is a little naive to say the least because no dashcam is handheld and moves around.” 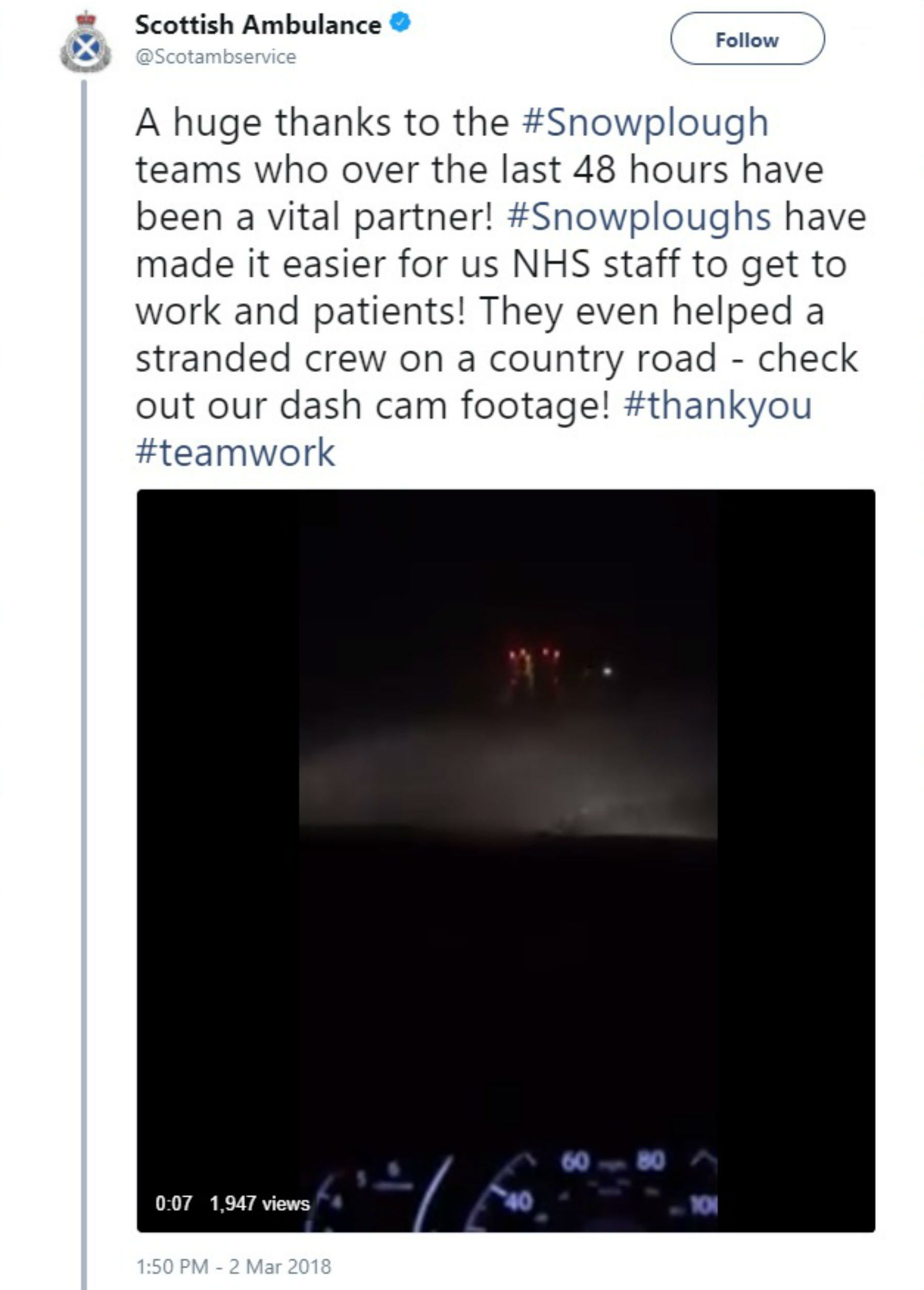 He added: “If it was a mount it would be attached to the windscreen or dashboard and there would be no reason for the driver to move it whilst driving. Also the speedometer etc would 100% not be visible.

“At the very start of the video you can clearly see what is the terminal, which is what the paramedic gets information on about the call they are heading to, given to them by the ops team in the control centre. If this were a dashcam, then again, you’d not be able to see that, nor parts of the wheel.

“Also if it were a dash cam it would be in landscape 16:9 format, it’s definitely a mobile phone and that’s why it’s been recorded in portrait format as it’s been held like a phone and not a camera.”

However, a spokesman for the Scottish Ambulance Service insists that a hands-free mount was used to film the footage.

Between 2013 and 2015, on average 24 people per year were killed in road traffic collisions where the driver of the vehicle was using their mobile phone, according to reports from the Department for Transport.

In February the Scottish Ambulance Service were accused by police of leaving officers to deal with medical emergencies.