A HILARIOUS video shows the moment a sleeping couple got a 6am wake-up call – from their pet rabbit.

The clip shows two-year-old Jeremy running manic laps of the bedroom which include jumping on to his owners’ bed and over their heads.

The rescue rabbit also buzzes another snoozing pet bunny during his loops of the bedroom in Ipswich, Suffolk.

Richard Thompson, 34, and his fiancee, Kimberly Joanne, 27, had another two hours’ slumber to enjoy before normal getting up time when the rabbit struck.

In the footage, Richard starts giggling and Kim – her head under the covers – can be heard saying: “He’s such a p***k.” Richard replies: “But I love him”.

Speaking today, Richard said: “Jeremy doesn’t normally go quite so mental at night, or I would have shut him out by now, but the night before he woke me up washing my hair at 05:30, by licking it.”

He added: “They actually live in one of the other bedrooms and do get shut in there, but we were letting them out when we were there to supervise them so they came to us for food.

“After a while they were so well behaved I suggested we leave them out all night. Kim was worried we’d roll over in the night and squish them or something, but now they are free roaming upstairs.” 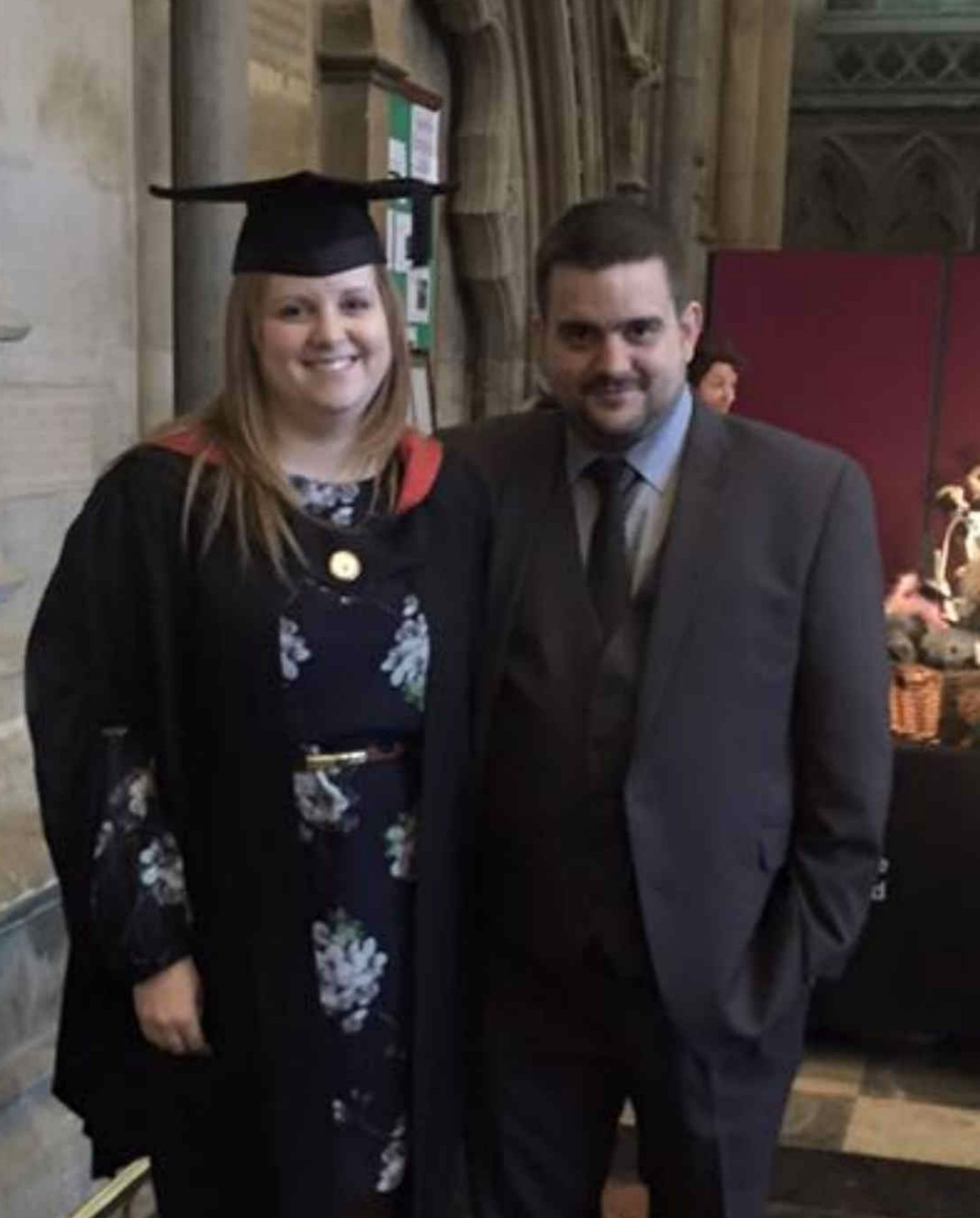 IT developer Richard has CCTV cameras throughout the house, partly for security, but also to check on the cats when he and Kim, a nurse, go away.

The video was posted on Facebook, where other users reacted. It has been shared almost 33,000 times. (12 Mar)

Kristin Leigh Kostrzewa wrote: “Omg! Hahahahaha!!! Hilarious but would make me insane, I need my sleep!”

Sara Waggoner McAninch wrote: “I’ve watched this video at least five times and it makes me laugh every time.”