And he even comes with the John Toshack seal of approval.

Cameron Toshack, son of Welsh playing and coaching icon John, has overseen the progress of McBurnie from raw, willowy teenager to impending Scotland star as manager of Swansea’s under-23 team.

The 48-year-old is adamant his ascension has come as no surprise to anyone at Liberty Stadium, insisting it was obvious he had the X-factor from the moment he arrived from Bradford for a knockdown fee in 2015.

With his rangy style and socks pulled down to his ankles, McBurnie is impossible to miss and – allied with his eye for goal and work ethic – Toshack has no doubt he is destined to be a firm fans’ favourite.

He lauded: “I’ve been fortunate enough to work with him since he came from Bradford and he has a special knack of scoring goals. Oli came in for a minimal fee but you could see there was a lot of raw talent, an energy and desire to be better, to work hard, to improve. A coach’s dream.

“He was a different player back then. We always look to develop our players technically, while physically, he has benefited from another few years and the conditioning work we do with him. He has also got a lot better at understanding his role out of possession and tactically and I think he is ready for this recognition.

“Oli is a great character too. He certainly does attract attention and has a unique style – but as long as he keeps doing his work on the pitch and making the right impression, I don’t think anyone cares how he wears his socks! And those are the little things that fans’ favourites are made of.

“My dad [John Toshack] gets along to watch our boys and, like anyone else, he couldn’t help but be impressed with Oli. I remember he scored a hat-trick against a very good Chelsea U23 side and performances like that make even the most experienced coach sit up and take notice.”

It is a comparison which will raise few smiles in The Valleys after his infamous handball cost Wales a place at the Argentina World Cup of 1978, but Toshack can’t help but think of Jordan.

He smiled: “I know how much the Tartan Army up there love a big character and my dad had plenty of stories about playing against guys like Joe Jordan.

“Oli is certainly a personality and, whether he can emulate him remains to be seen, but it certainly won’t be for want of trying – and being part of the Scotland camp will not faze him.”

Toshack knows that for a fact.

Although primarily in charge of Swansea’s title-winning U23s, he was part of their senior coaching set-up when McBurnie made his first ever Premier League start on December 26. Against Liverpool. At Anfield.

The Swans, at a low ebb in the latter days of the Paul Clement reign, succumbed to a 5-0 reverse but McBurnie ran himself into the ground and was one of the few in white to emerge from Merseyside with credit.

Toshack continued: “He’s very balanced, positive and focused and, if he was the type to be fazed, then I think he would have been intimidated that day at Anfield. Those atmospheres can find you out, but he took it in his stride and, despite the result not being the best, he did himself proud.

“I’ve no doubt he’ll do the same if given an opportunity for Scotland and show his potential as an up-and-coming goalscorer.”

McBurnie, fresh from being named Championship player of the month for February following six goals in nine games since joining Barnsley on loan, arrives in the Scotland camp amid a debate regarding capping English-born players. 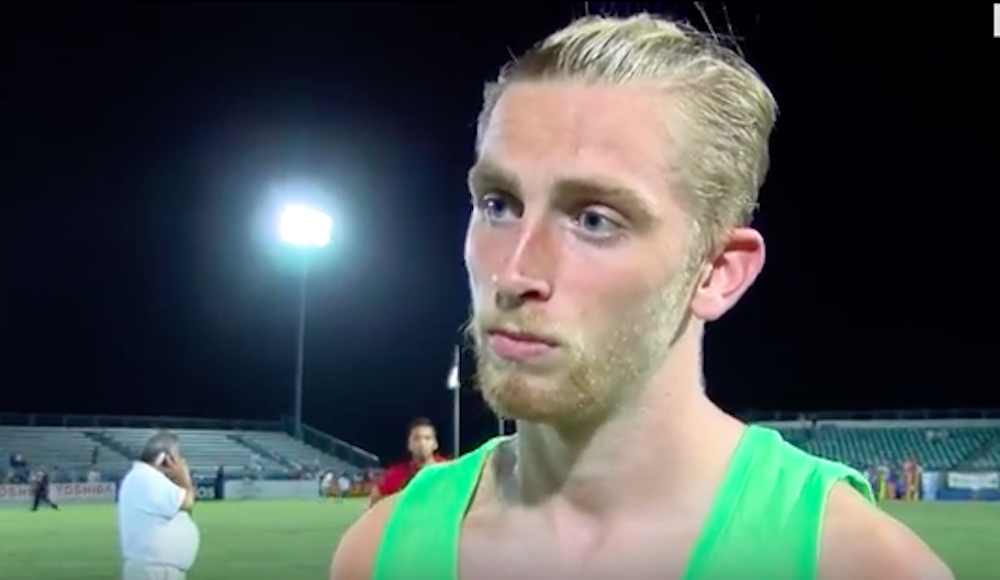 Scott McTominay chose to represent the country of his father’s birth despite hailing from Lancaster, drawing the ire of outspoken pundit Charlie Nicholas.

McBurnie himself was born in Leeds, but Toshack genuinely scoffs at the notion that the big striker is anything other than Scottish through and through.

Toshack laughed: “I would dare anyone to spend five minutes in Oli’s company and try to say he isn’t Scottish!

“When the national team are playing, he is glued to the game. When it’s Old Firm day him and the other Scottish boys here – Jay Fulton, Adam King – love it. His passion for the game up there is immense and it will be such a proud moment for Oli and his family if he makes his debut.”