HILARIOUS pictures show the difference between an Italian restaurant’s publicity shots of a gorgeous-looking munchy box and the grim reality.

Martin Fergus took was so shocked he took a picture of the grey slop he paid £15 for at the eaterie in Uddingston, South Lanarkshire.

His friend shared an image of it on social media and wrote: “The dream vs reality. The Redstones making a f****** shambles of things here.”

The restaurant, called The Italian at Redstones, presents customers with a mouth-watering image of its munchy box.

There is a colourful arrangement of tasty-looking, wholesome Italian delights, carefully arranged with three dips and two bottles of Italian beer. All the colours of the rainbow are present, from the green of salad to the red of the chilli flakes. 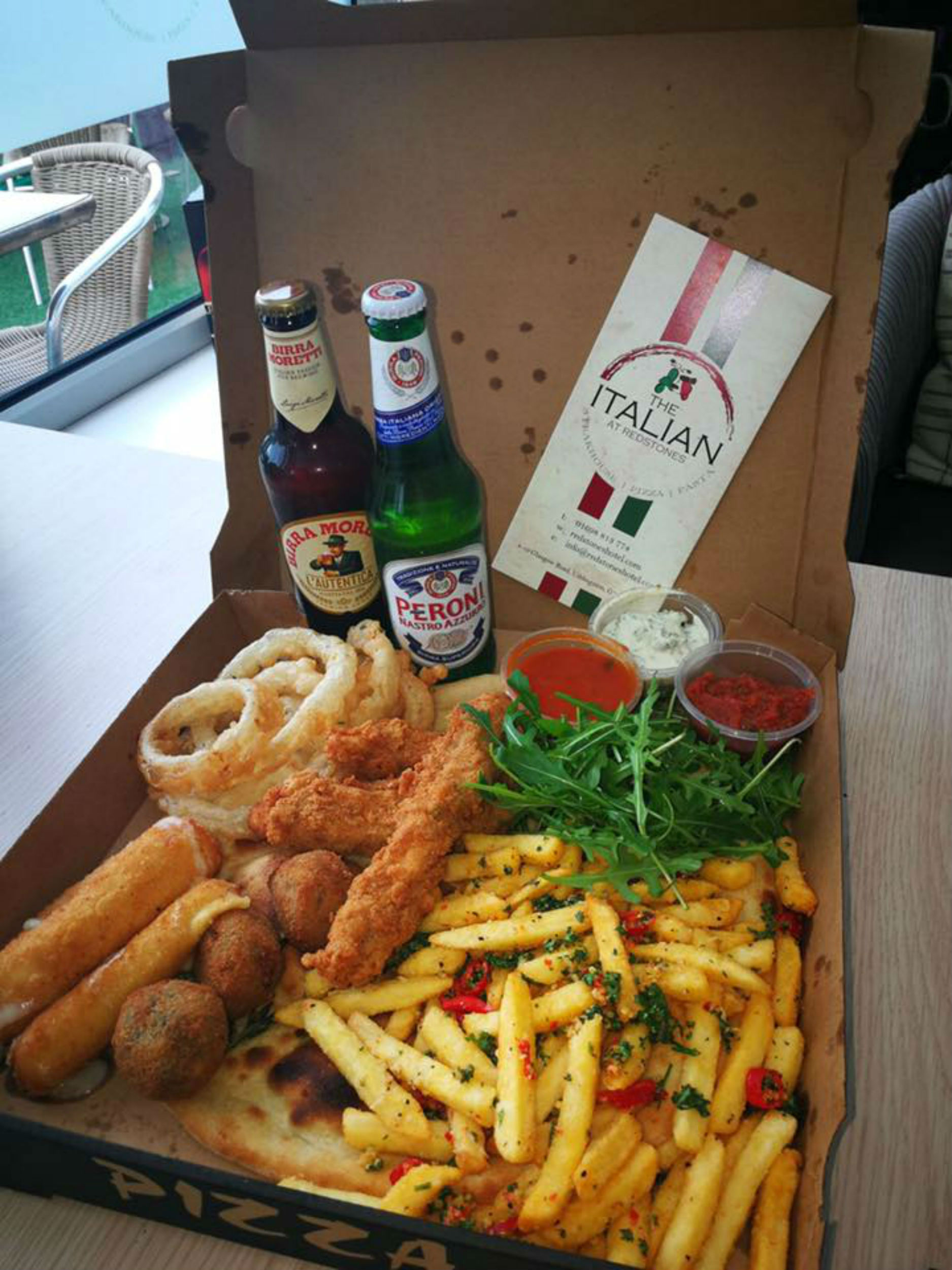 The promotional post on their Facebook page went viral such was the gastronomic delight apparently in store.

But the munchy box presented to Martin, from Hamilton, to take away could not have been more different.

He opened the box to find a mostly monochrome and partly unidentifiable, greasy mush. The dips and the beers were absent.

Social media users agreed that the dish did not look up to scratch.

One said: “Poor show from @ItaliaRedstones that looks rank.”

Another said: “Aw no way man @ItaliaRedstones I was so excited about this and it’s all over before it even begun.”

Liam Spencer said: “Gutted about this.”

The restaurant had previously put social media users into a frenzy when they unveiled plans to sell the munchy box. 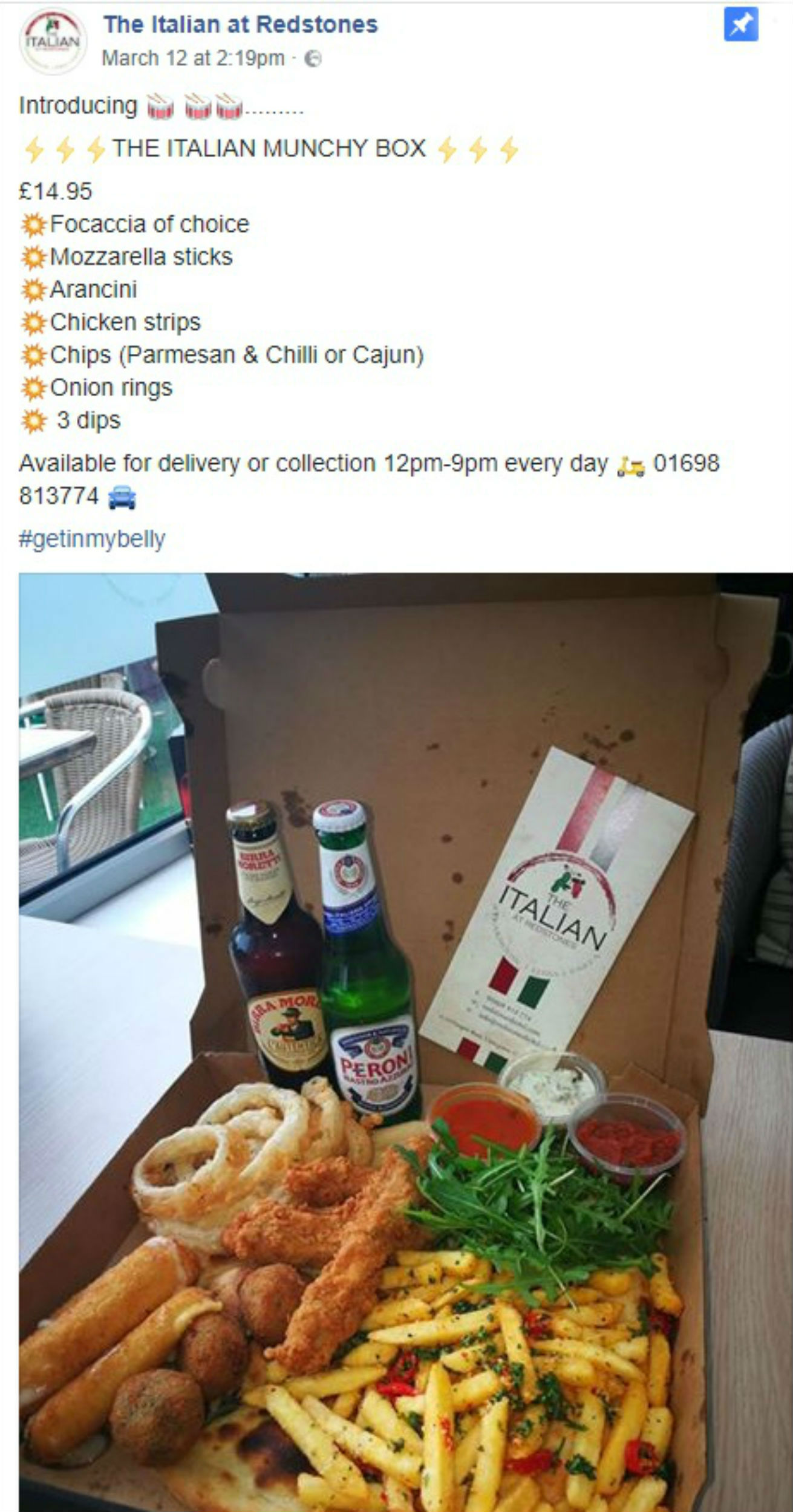 Speaking yesterday (TUES), co-owner of the Italian at Redstones George Tsamasfyris, said: “It is embarrassing and doesn’t represent our business.

“We are in the process of contacting the individual because we were not aware that this munchy box was sent out like that. We’re investigating and we’re going to offer him some vouchers or something.

“We’re trying to investigate who was on shift and identify the reason why we sent the munchy box without checking the quality.

“There will be repercussions for the chef or manager who sent it out. We’re very reputable in the area for the quality of our food and service.”

The munchy box craze is said to have started in Glasgow and saw pizza boxes being filled with takeaway food.

Despite health warnings from the government, it has spread and the boxes are now available in various guises – including Indian, Chinese and breakfast food.

But he added: “I’ve given a verbal warning to one new member of staff who I think it might have been, as well as everybody else because we had a team meeting.

“I said, ‘You’ve no right to try and ruin my business. You have to be 100% accurate and if there’s any problems it’s better to draw the attention of a manager rather than just send it out’.

“I was very clear to everyone that it was their last warning. Anything else that comes to my attention it will be disciplinary action.”