A TALENTED Scottish artist has given some of the greatest portraits in history a hilarious makeover – by turning them into “neds”.

Ross Muir has skilfully added the three stripes and iconic symbol of Adidas – a trendy brand associated with neds – to works by Picasso, Matisse, Van Gogh and many others.

Ross, from Glasgow, typically paints female portraits in oil but started “doodling” his Adidas pictures on his iPad.

So far he has turned two of the inventive works into his own oil paintings.

One, a Vincent Van Gogh self-portrait, he renamed “Square Gogh”. 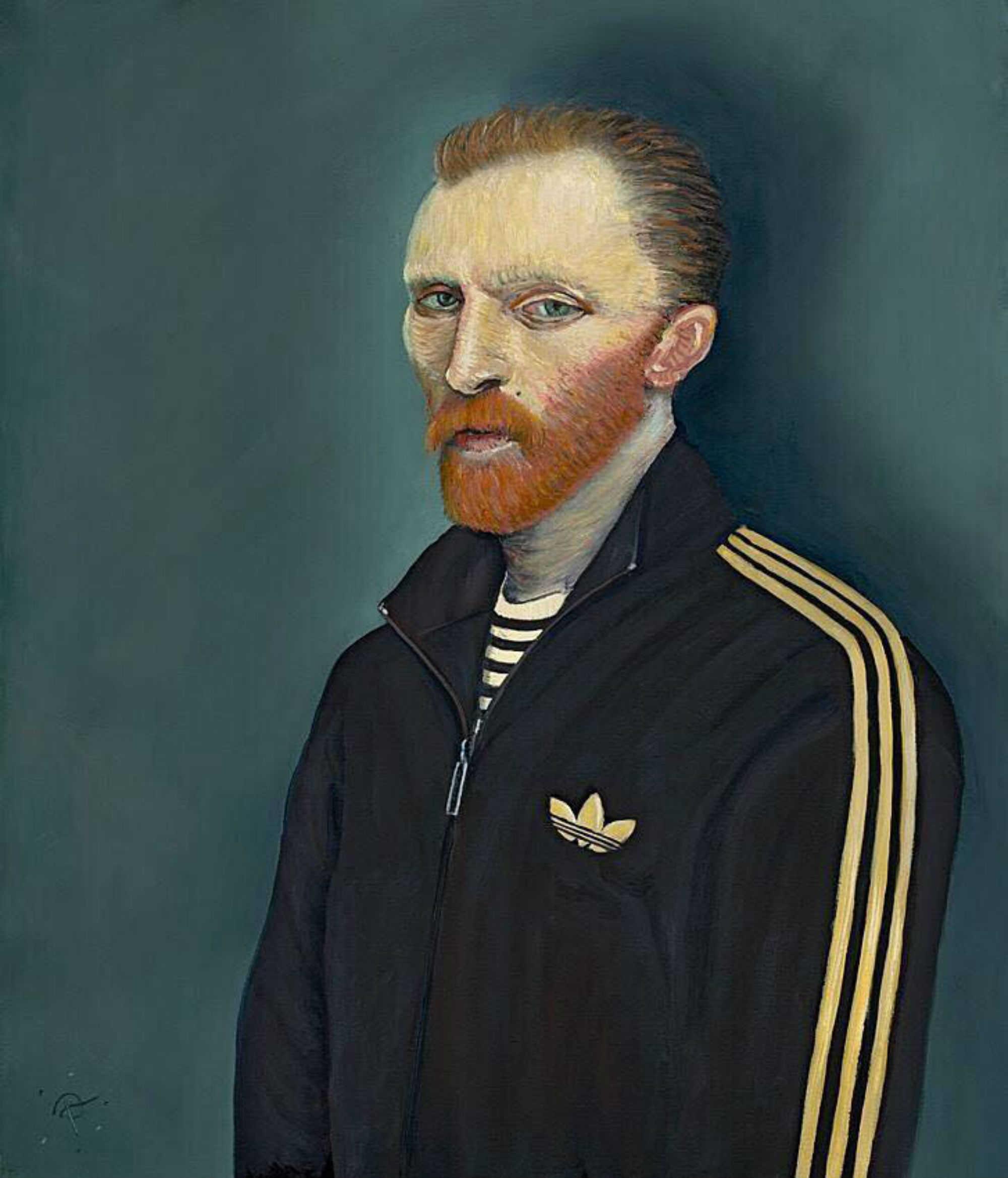 A Matisse painting of a female figure – Blue Nude II – he gave the stripes-and-symbol treatment and rebamed “Matiddas”.

The rest of the images are digital illustrations done on his iPad and which Ross describes as: “Mock-ups that will be revisited later”.

Among them is “Maw-Donna and child” by Michealangelo, Edvard Munch’s “The Scream”, and “American Gothic” by Grant Woods.

Picasso, Rembrandt and Modigliani also get the Adidas treatment. 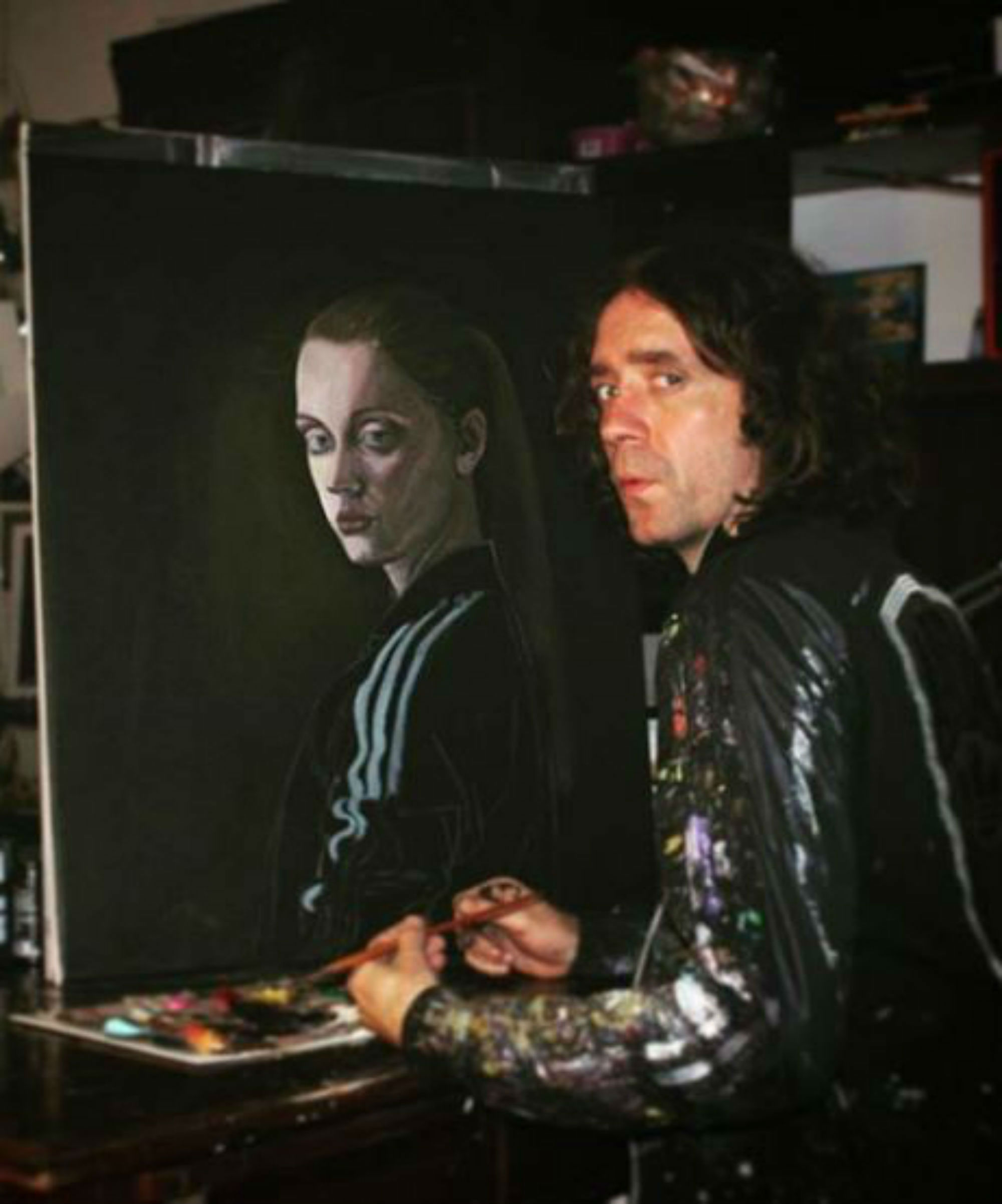 Ross himself wears an Adidas tracksuit when he paints.

He said: “This is just spontaneous. I’ve only done two, the rest were doodles, just messing about. But I will revisit them.

“I paint in Adidas, it’s my work outfit. I noticed the stripes were challenging to paint when folded and it grew arms and legs.”

He continued: “I don’t want people to get sick of them, I prefer more serious work.

“I like them. I love doing this as a job. I have a Frida Kahlo on the go but there’s only so much one man can do.

“It was just a bit of fun. It was spontaneous. You need to be versatile to keep going in this game.” 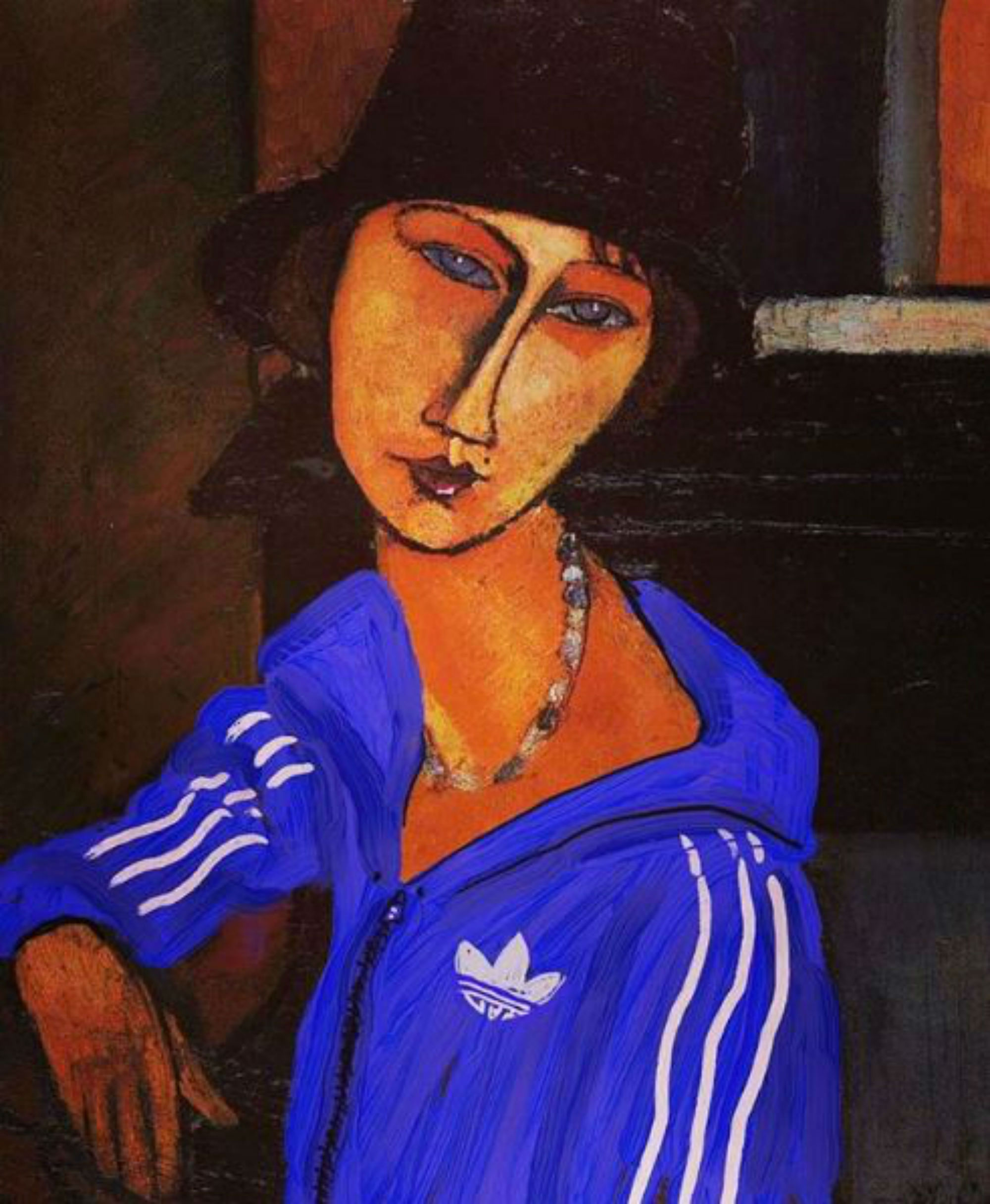 The modern take on the old classics has attracted a lot of attention on social media. Instagram users were quick to praise the creative works.

Fas420.insta said: “This is brilliant mate”

Under the picture of Salvador Dali, Blackadderwest commented: “Ross would you stop dilly Dali in about.”